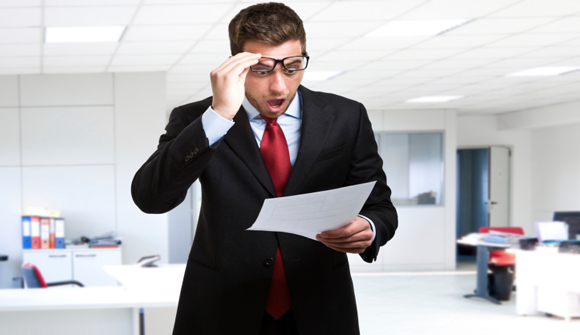 In Super Wednesday’s central bank double-header, the Federal Reserve’s show may be an afterthought to the Bank of Japan’s performance.  In a case of unusual timing, both the BOJ and the Fed will announce the outcomes of their monetary policy meetings on Wednesday. While the two major central banks frequently meet in the same week, a same-day announcement was unusual.  The BOJ statement is due around midday Japan time Wednesday and the Fed’s statement is scheduled for later in the global day, around 2 p.m. Eastern time. -CNBC

The Bank of Japan’s Wednesday meeting is attracting considerable attention because of its capacity to “surprise.”

The Federal Reserve meeting is not expected to contain such surprises, though there is of course the possibility that the Fed will engage a quarter point hike.

But in the longer term we’d argue as we have before that there are no real surprises inherent in central bank rate manipulations for the foreseeable future.

The trend is toward easier and easier money. And this benefits both gold and silver, but especially silver given its current, continued price status

Silver moved up to around $50 an ounce some 35 years ago but currently hovers around $20 an ounce. There is plenty of room for silver to travel upwards without breaching its 20th century highs.

Both metals can surely travel upwards by significant amounts and likely will despite determined and ongoing price-suppression efforts.

For instance, the Chinese markets were closed for part of last week and “insider” silver reporting featured speculation on a price raid that pushed silver down while the Chinese were out of action.

There is no doubt, of course, that considerable antipathy exists toward silver in certain parts of the elite, central-bank oriented investment community. In fact, it’s a virtual war.

Silver, like gold, reduces the level of control central banks have over currency. And the struggle is always to make sure that precious metals do not accrue too much of a price advantage relative to the fiat dollar in particular.

Nonetheless, because of the larger abysmal performance of world economies, the price of money remains low. Silver last went into overdrive in July but has recently climbed in price against the dollar once again.

And really, it, doesn’t matter in the short term what the Fed does or the BOJ. In the long term, the blight of historically easy money is not going to stop.

A good deal of Europe is already involved in unheard-of negative interest rates. And the Fed’s endless, agonized struggle has involved the possibility of only a quarter point hike.

The world, to be sure, is involved in a liquidity trend that is not about to stop. In fact, as we speculated yesterday, the  idea is to create an unstoppable wave of liquidity that will eventually crash upon the world and justify a whole new financial system,

This is probably why central banks have taken to purchasing gold again: They know what’s coming.

It’s not just physical metals either that central banks are buying. It’s recently been revealed, as we noted previously (here),  that central banks in both Switzerland and Norway have begun purchasing miners – and this should be a significant warning to those who remain heavily invested in mainstream stocks and bonds.

We recently pointed out that, “The cycle is turning and physical precious metals as well as precious metals miners are likely to generate profits that will outstrip mainstream equity and fixed-income positions.” And we added the timing was probably more in doubt than an ascension of prices against the dollar.

Conclusion: There’s no reason to revise this conclusion. Fundamentals haven’t changed and probably won’t in the near future no matter what central banks decide to do or not do.

Here at DB, we’ve been presenting information on a silver mining opportunity via our first-ever sponsor Golden Arrow and its subsidiary Chinchillas Silver.