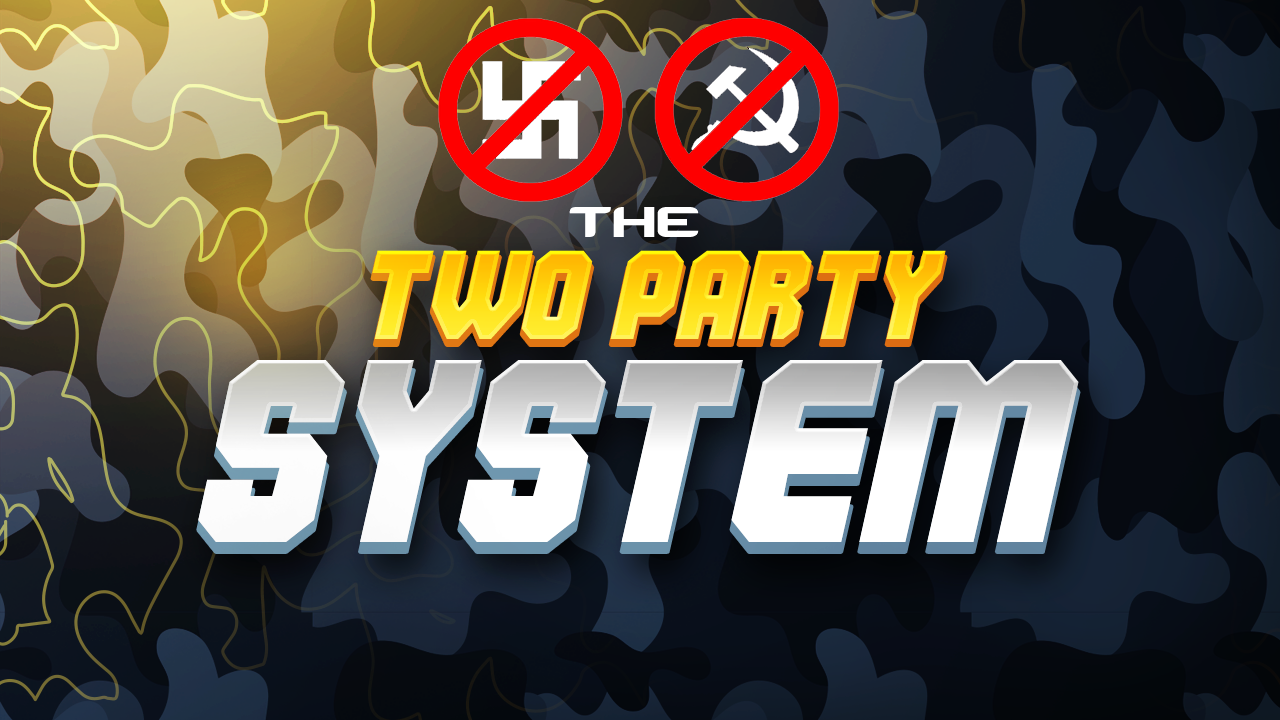 In it, he described the street fighting between the communists and Nazis which characterized much of early 1930s Germany.

But one interesting thing he mentioned about the paramilitary Nazi S.A. known as the Brownshirts or Stormtroopers, was that:

“There were large numbers of Communists and Social Democrats among them; many of the storm troopers were called ‘beefsteaks—brown [outside] and red within. Jest were retailed such as the following: one S.A. man says to another: ‘In our storm troop there are three Nazis, but we shall soon have spewed them out.”

Some historians surmise that a lot of these young men just liked to fight– they didn’t really care much who they were fighting, or for what cause.

They were angry at the establishment and for good reason. Germany was left in horrible shape by WWI and the disastrous monetary policies of the Weimar Republic. The people who felt left behind were going to express their rage in any way they could.

When the seat of German government, the Reichstag Building, was set aflame in 1933, the Nazis accused communist agitators of setting the fire.

In reality, it’s likely that the Nazis burned the Reichstag themselves, and scapegoated the Communists to justify a brutal crackdown.

And even if the US was on a similar trajectory, we haven’t even seen the Weimar inflation yet, which would put us sometime around 1921.

Prior to World War I, one US dollar was worth 4.2 German marks. But the Germans owed massive debts to pay back the other nations for the war,. With no way to come up with the money, they simply printed more and more marks.

Did you get your stimulus check yet?

But that is also what is so concerning. All this unrest, and we haven’t even witnessed widespread economic devastation yet. It seems like only the beginning.

People are angry. People have good reason to be angry, whether it is over unjust police killings, or a completely corrupt political process.

People feel no agency or control over their own situation, or their government. And people want to take that control back.

But in Germany, if power hadn’t gone to the Nazis, it would have gone to the communists, funded by Soviet Russia which had a much higher death count than Nazi Germany.

There comes a point where there is no political solution, no good party to throw your support behind, no collective action that can right the ship.

Take the absurd trillion dollar COVID “relief” bill that Congress passed before the holidays that handed out billions of dollars to foreign governments like Sudan, Vietnam, $33 million to Venezuela for “democracy programs,” $10 million to Pakistan for gender studies…

I was shocked to actually agree with AOC– Alexandria Ocasio-Cortez– when she said, “This isn’t governance, this is hostage taking.” Well guess what, she voted for the bill anyway.

The president also heavily criticized the bill… and then signed it into law.

Call me crazy, but I thought politicians debasing the currency to hand out billions of dollars to foreign governments was a bigger assault on our country than a bunch of idiots rioting.

If politicians aren’t afraid of being torn apart by an angry mob, is this even America?

And by the way, I also enjoyed watching the police precinct in Minneapolis burn this summer.

AOC, the queen Bolshevik herself, said around that time that protests are supposed to make people uncomfortable.

Too bad they could face 10 years in prison under a national monuments protection executive order that Trump signed when protesters against police brutality were tearing down statues this past summer.

No meaningful change is coming to Washington, even if we could hold a free and fair election.

Antifa and right-wingers will keep battling in the streets, likely only intensifying.

Really ask yourself, and be realistic: what would it take for everything to settle down and go back to normal? Flipping the page on the calendar to reveal a new digit at the end of the year, shockingly, didn’t do the trick.

This does not end well.

Keep in mind that the party of the woke-mobsters just took control of Congress and the Whitehouse. Higher taxes, more draconian COVID response, and more regulation is a given.

But they could also wield enormous power to punish their political enemies.

As much as I enjoy watching politicians cower in fear of the voters, whatever truly happened at the storming of the Capitol, it will be used as an excuse for increased government surveillance, new policing powers, more weapons regulations, controls on free speech, and who knows whatever else the Bolsheviks think up.

I never want to be alarmist, but if this isn’t a neon sign flashing that it is time to take action, I don’t know what is. And I don’t mean vote harder, or join the protests.

Get your rock solid Plan B in order starting today, so that as tensions continue to escalate, you have options– from protecting your savings from inflation, to a foreign residency where you can exit to.

Because clearly, this is not going away.