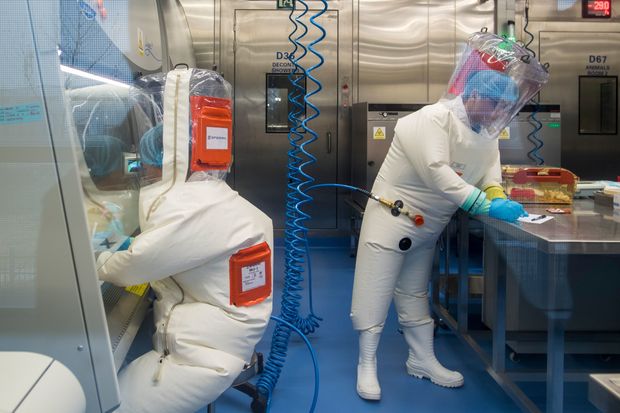 STAFF NEWS & ANALYSIS
Wuhan Lab Leak Theory: Why is this even a controversial statement?
By Simon Black - June 15, 2021

By the 1960s, it was pretty obvious that sugar contributed to health problems.

Several studies had already been published suggesting that excess sugar consumption was a major cause of coronary heart disease.

This was a problem for the Sugar Research Foundation— an industry group dedicated to promoting the consumption of sugar.

The organization decided to fund its own ‘studies’ meant to discredit all the other research saying that sugar was bad.

In fact, the Sugar Research Foundation directed its funding on studies which exonerated sugar and instead blamed fat for people’s poor health.

For one study that was conducted in 1967, for example, the Sugar Research Foundation paid what would be about $50,000 in today’s money to a Harvard scientist to fund the research.

The study was published in the New England Journal of Medicine, and it claimed that all the previous research blaming sugar for America’s health problems was totally incorrect because the research methodologies were wrong.

But they then used the exact same methodology to conclude that fat was the actual culprit to America’s health crisis.

Naturally, it was never disclosed that the Sugar Research Foundation funded the research.

Yet this study went on to influence how doctors, dieticians, and the American public would view the relative risks of sugar versus fat, for decades.

Anyone who had claimed back in the late 1960s that the study was fake news from the sugar industry would have been called a conspiracy theorist and a science denier.

But decades later we know the truth.

This isn’t so different from today.

For example, the ruling ‘science’ overlords decided early in the pandemic last year that Covid was not leaked from the Wuhan Institute of Virology.

And anyone who said otherwise was labeled a conspiracy theorist.

It seemed like an obvious idea to at least investigate; with a worldwide outbreak that shut down the entire global economy, you’d think people would at least be allowed to ask some basic questions.

But Facebook censored articles which mentioned the idea, labeling it dangerous misinformation.

Facebook based the ban on a letter signed by 27 scientists which claimed it was xenophobic anti-Asian hate speech to express (or even investigate) the lab leak theory. The letter claimed there was no conflict of interest among the signers.

In reality, however, the letter was orchestrated and signed by a zoologist named Peter Daszak, whose day job is repackaging U.S. government science grants, and sending the funds to research facilities.

Among the recipients was the Wuhan Institute of Virology.

Peter Daszak would later travel to Wuhan as a US representative among the World Health Organization team dedicated to finding the origins of Covid-19.

Shockingly, he concluded that the lab he funded was squeaky clean… even though he didn’t  bother to look at the viruses which had been sequenced by the lab to see if any matched Covid-19.

And he didn’t manage to uncover the fact that in November of 2019, three gain of function researchers at the Wuhan lab went to the hospital with symptoms similar to Covid-19.

This is especially ridiculous given how many times over the past 15 months we’ve heard everyone say “trust the science.”

Trust the scientific process that we don’t allow to occur.

Trust the experts who have massive conflicts of interest.

Trust the fact-checkers whose primary motivation is to censor whatever Orange Man is saying, even when it’s true.

The reality is that scientists and researchers are just like anyone else. They have emotions and biases. They’re interested in getting ahead in their careers. And sometimes, some of them are willing to do and say things that are morally wrong because they believe in their own agenda.

This is nothing new.

Galileo was put on trial by the Inquisition in 1633 and found “vehemently suspect of heresy”. His books and works were all banned because his research showed that the Earth was not the center of the universe.

Today Galileo would meet a similar fate if he challenged the official narrative; Pope Fauci, Cardinal Zuckerberg, the Twitter Inquisition would censor Galileo’s material and cancel him from the Internet.

Countless, similar stories across thousands of years of human history point to this simple conclusion: the people in charge don’t always tell the truth.

Duh. Is that really a controversial statement?

I’m not just talking about COVID and public health either.

For example, are we really supposed to place blind trust in the “experts” at the Federal Reserve and Treasury Department who claim that inflation is transitory, or that America’s nearly $30 trillion national debt is no big deal, or that there will never be any consequences from conjuring trillions of dollars out of thin air?

Are we supposed to put all of our faith in the politicians who tell us not to worry about Social Security’s future?

Intellectual dissent and skepticism are healthy. So are asking questions and conducting independent research.

Frankly it’s a little bit silly to continue banking 100% on institutions that have a track record of deceiving the public… and plenty of motivation to continue doing so.

So if you’re counting on these people to protect your savings, provide for your retirement, or ensure your basic human rights, it’s time to work on your Plan B.