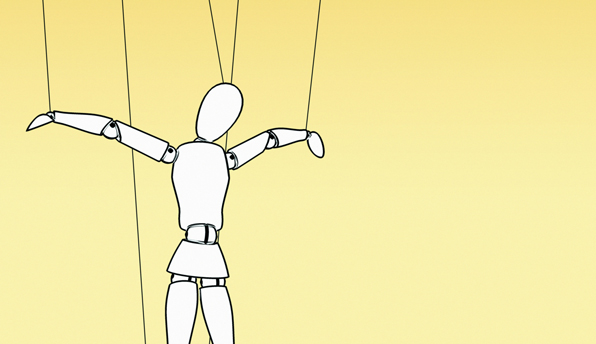 The stock market is rigged and here's how individuals can play it … The stock market is rigged and always has been says Heidi Moore, the U.S. economics and finance editor at The Guardian. That's why many investors are staying clear of stocks even though U.S. markets are trading at all-time highs. An April Bankrate.com survey found that 73% of investors are "not more inclined to invest in stocks" — the third consecutive year of negative investor sentiment. "Once you wake up to how screwed up the stock market really is, the financial industry knows you're likely to get very nervous and take your money out," Moore writes in a recent column. "It's time to break down the polite fiction that investing in the stock market is something that sane, rational, sensible people do. It is a high-risk contact sport for your money. If you know that, you're ahead of the game." – Yahoo Finance

Free-Market Analysis: This article makes points that we have made in the past about the "Wall Street Party" and how equity markets have been positioned for higher-highs.

We've covered that history many times and offered various investment solutions. The article, too, has a solution:

Hope is not completely lost; Moore says last week's Senate hearings on high-frequency trading suggest that Congress may pursue legislation that curbs the advantages these computers have. In the meantime, it's best for investors to have a small footprint in the market, she argues.

"Regular investors should not believe the market is a store of value," she explains. "It's not a bank. It can bring you great returns if you're in something safe like an index fund. Just don't trade stocks day by day."

Actually, there are two solutions here: 1. Be cautious about allocations to equities and 2. invest in something "safe" like an index fund.

Well … we're not sure about that.

Ask people how "safe" the market was in 2009 when – in the US anyway – equities lost up to half their value or more. Now, that may have been a "black swan" event, destined not to happen again for quite awhile but, in fact, that would NOT be our position. We do believe, based on many events enumerated here in the past, that markets are indeed being pushed up and are going to move down hard once the support is no longer sustainable.

In the past, our viewpoint would have been called a "conspiracy theory" but today, as it is with so much else, the mainstream media is catching up with our perspectives. Yes, of course, the "US stock market is rigged."

In fact, legislation is not the answer to stock market rigging. Legislation, regulation, laws generally are a form of price-fixing. This is hard for a lawyer to understand, steeped in the history of law and judicial promulgations. But in fact, economics and law are increasingly at loggerheads.

What economics shows us to be true, the law ignores, even though reality illustrates the predictive nature of free-market economics. And now we see as before that the US Congress is contemplating more regulation to counteract the effects of previous efforts.

It is market centralization itself that has opened up the market to abuses, and yet this centralization has been encouraged no end by powerful players. Shadowy elites understand well that centralized order flow is their friend. There are many ways to "skin" this order flow if one is wealthy enough, adept enough and powerful enough.

In the past we've suggested that insider trading, among other regulations, is pernicious because its putative enforcement gives people the idea that authorities are working to make the market "fair." But the modern equity market cannot be fair. And in this Age of Technology the unfairness must grow even greater.

Much better to acknowledge what is going on than to give people a false impression that fairness can be enforced by proper market organization and penalties. Still, Congress is contemplating legislation that will ban certain kinds of technology.

We predicted exactly this over a year ago in an article entitled, "The Dialectic of a Universal Transaction Tax."

The powers-that-be are pushing a transaction tax once again. For those who want to rule the world, a transaction tax is ideal. Everyone from the largest to the smallest would likely be under an affirmative obligation to keep some sort of log of trades and transactions.

This follows as surely as night follows day. Either a log would be kept for them or they would keep a log. Either way, the record-keeping would be compulsory. In the beginning perhaps the records would be anonymous. But the idea will be to keep records: painstaking records.

This will open up a bonanza of new crimes and criminals, in our view. First of all, as times goes on, trade data could be matched by powerful computers to detect patterns of "insider trading." But sooner or later other crimes would be discovered as well.

One could come up with a whole category of market manipulation crimes once trade data is extensively tabulated. There could be volume crimes in which trades overwhelm the market, moving certain investments instruments up or down.

Or how about exotic front-running crimes in which markets are primed for front-running by manipulative trades. The trades push securities up into unstable valuations. Then someone triggers a selling program and the instruments begin to fall.

To counteract these newly discovered crimes, an international agency to fight market manipulation and insider trading would have to be set up. It would be a huge, global agency that would be funded by an ever-steepening transaction tax.

Soon, every large firm would have electronic market manipulation police. Certain firms would be identified as "going rogue." These firms might be black-listed once they received unsavory reputations. People's reputations would be blackened if they associated with facilities that did a good deal of trading.

This is all fairly predictable, as are the remedies. We are not quite there yet but eventually the absurdities will be piled so high that markets will cease to effectively function. This happened after the repeated crashes of the 1930s. People were so distrustful of equity markets in particular in the 1940s that the New York Stock Exchange actually mounted roadshows all around the country to try to get people to invest again.

This time the "roadshow" are markets' ever-escalating averages. And if one believes that these averages are due to be pushed even higher over the next year or two, this might be seen as an opportune time for legitimate – if careful – speculation. In fact, it is not index funds that will provide the best opportunities but perhaps entrepreneurial opportunities, start-ups and certain IPOs.

One must, of course, enter the ongoing Wall Street Party with the requisite level of cynicism and alertness. Since it is hard to time the market, one must also be willing to take profits aggressively so as to minimize chances of capital loss. But perhaps it can be done, and certainly there are those that are doing it.

In fact, this Yahoo article we've analyzed has provided the same conclusions that we've been offering: The market is indeed unfair but there are ways to approach it that may be profitable.