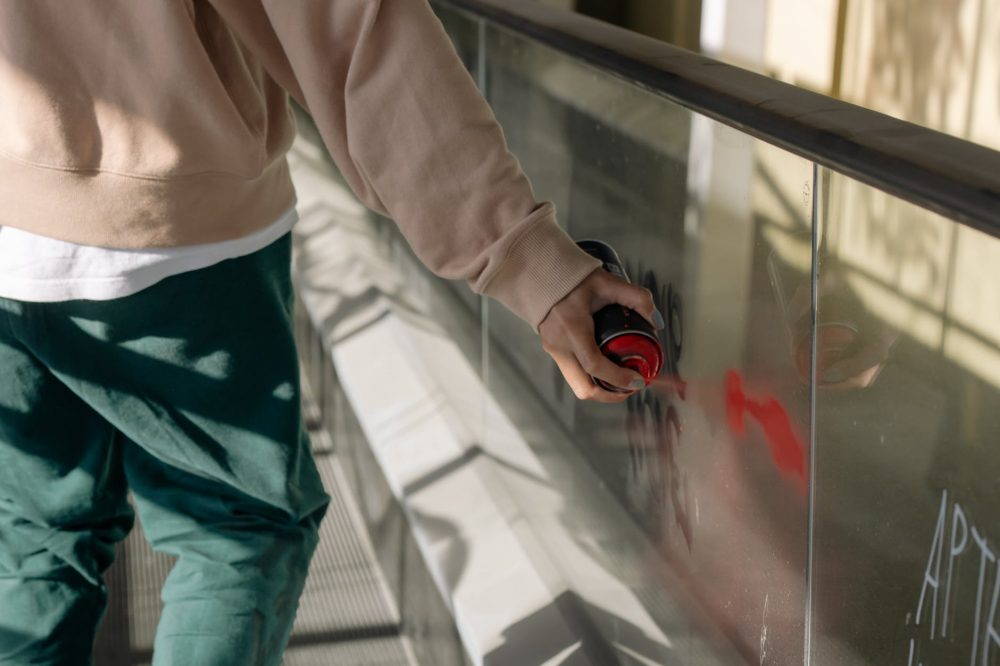 Last Monday during ‘Indigenous Peoples Day’, formerly known as Columbus Day, the statue of Andrew Jackson in Washington DC’s Lafayette Park was vandalized by activists with a warning message for everyone:

This is fascinating to me, considering that Lafayette Park is situated directly north of the White House, which is currently occupied by the ‘wokest’, most culturally progressive administration in history.

The federal government has stood on the sidelines cheering cancel culture, the de-gendering of our vocabulary, and ‘mostly peaceful’ protests. They’ve taken every opportunity to bend the knee and subordinate itself to the whims of the Twitter mob.

And yet apparently all of that is still not enough. So activists left this warning message, right in the White House’s backyard: Expect Us.

This is supposed to be intimidating. They want us to fear them as some menacing threat. But that’s the wrong way to look at it.

Yes, we expect you. You’ve made it quite clear that we should expect you.

We expect that your entire position will remain hilariously paradoxical– like how you believe Dr. Seuss is racist, but you tolerate the Chinese Communist Party’s ethnic violence.

And because your position is so comically absurd, we expect that you will continue to engage in attention-seeking criminal temper tantrums, including vandalism, arson, data theft, grand larceny, and assault.

We expect you will be protected by the media, which ignores your violent criminality and sings the praises of your moral righteousness.

We expect that, since your ideas cannot hold up to logic or rational debate, you will continue to demand suppression and censorship of any intellectual dissent.

We expect you to keep reinventing history, science, and even the English language, and to jam it all down everyone’s throats.

We expect you to indoctrinate children into your ideology through woke school curricula, peer pressure, and social media intolerance.

We expect you to try ruining the lives of anyone who opposes you.

Finally, we expect you to continue finding ridiculous reasons to be offended and outraged no matter how much your cause is advanced.

Yes, we expect all of that. But we’re not going to live in fear of it.

That’s what they want. They want you to be terrified and intimidated, that you’ll bend the knee and adopt the rituals and Newspeak of their movement, because you’re afraid.

But this is the entire point of having a Plan B: if you’re in a position of strength, you don’t have to be afraid.

This same reasoning applies to the broader challenges facing the world.

This is one of the most ridiculous assertions that a human being could possibly make.

But it’s not surprising given that they also say things like the southern border is secure. The Afghanistan withdrawal was a success. An attack on Anthony Fauci is an attack on science itself. (Le science, c’est moi!)

They claim they want to tax the rich. But then they want to give the IRS access to the most intimate details of any bank account or transfer exceeding a mere $600.

The logical conundrums are endless.

But all of this ultimately ends up with more spending, more regulation, more bureaucracy, and higher taxes– all of which make the country less prosperous and less competitive.

In fact this current episode of inflation is probably the best example of extreme government ineptitude across multiple fronts.

For example, inflation has soared in part because of bad public health policy– shutting down businesses, requiring them to operate at reduced capacity under extremely difficult conditions, forcing them to get rid of ‘unclean’ workers.

But inflation is also surging because of bad fiscal policy– endless multi-trillion dollar spending initiatives, including hundreds of billions of dollars paid for people to stay home and NOT work.

Bad environmental policy has made it difficult for energy producers to keep pace with demand, causing a spike in fuel prices (which have a substantial impact on most other prices.)

Bad monetary policy has thrown gasoline on this dumpster fire by creating a tidal wave of new money that flooded the economy at a time of extreme labor shortages and supply constraints.

Inflation is the culmination of all of these policy failures and terrible ideas. And that’s why it’s not likely to improve anytime soon.

Inflation aside, people also have to contend with the obvious loss of US primacy on the world’s stage– the constant debt ceiling debacles, the utter humiliation in Afghanistan, the financial gutting of the US military (especially the Navy) at a time when China’s is on the rise.

And as we discussed earlier in this missive, cancel culture is a major force, and activists have no qualms violating the law in order to advance their hate-fueled fanaticism.

Obviously these trends are all extremely concerning, especially since they’re not going away.

Western civilization is in for a bumpy ride. And a lot of people are justifiably afraid… for themselves, their jobs, their children.

It’s difficult to watch your country decline so rapidly in front of your very eyes.

But it’s also important to step back, look at the situation objectively, and recognize that you’re going to be OK.

History is full of episodes of social and economic turmoil, and what’s happening now is not unique.

This is not a time for fear, or to adopt a bunker mentality and hide from the world.

Rather, this is a time for clear thinking and deliberate, rational decision-making.

That’s what a Plan B is all about; it’s not for hiding in a bunker, but rather how to engage with the world from a position of strength.

We even “expect” these activist/criminals, just like they’re warning us.

But it’s precisely because we expect these threats that we can plan for them.