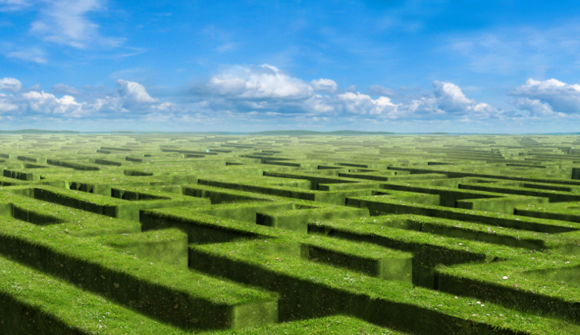 On January 6, Janet Yellen will likely be confirmed as the next Chair of the Federal Reserve System. Her to-do list will be full of things like the interest rate, the bank bailouts, the unemployment rate, and in general, running the economy. Climate change would be an unexpected addition to that list, but the Fed Chair is in an important and rarely recognized position to take action on the climate crisis. – Huffington Post

Dominant Social Theme: Yellen will do what is necessary to confront the world's most dangerous crises.

Free-Market Analysis: We told you so. This Huffington Post article is a virtual twofer.

First, suggest that Janet Yellen save the planet by becoming a Green activist. Second, suggest she use the phony social credit scam developed by Major Douglas back in the 1930s.

Douglas believed that he could mathematically determine how much of economic production ought to be returned to workers as a "social dividend." Douglas and a cohort he despised, Silvio Gesell, were two of the bigger phonies of the early 20th century and their ideas were picked up by Hitler, Mussolini, Franco and others.

When Gesell's system was actually tried people hurried to pay their taxes, but not much else apparently happened. It was a big bust, as was Hitler's system once he became more overbearing, which was a foregone certainty. Power corrupts and absolute power corrupts absolutely.

You can't count on the force of the state to create prosperity through vast formulas of monetary force.

Yet that is what these economic poseurs, ancient or modern, want to do. They will use any lie, propose any falsehood to serve their higher banking masters. Because, of course, that is exactly what the bankers want to occur.

The monopoly central banking meme is failing. And thus, our banking elite will propose monopoly "public central bank" solutions that they can then take over and run for themselves under the guise of "serving the people."

The very phonies promoting this pernicious nonsense will rush to cut their secretive deals with their "betters" when the time comes.

Unfortunately, as if this were not bad enough we can see even more.

Not only is Yellen being urged to adopt Douglas's redistributionist claptrap, she is being urged to do so as part of a larger Green "Warmist" economic program.

This is how it works.

Ever since the re-launch of The Daily Bell, we've been alluding to a Wall Street Party and the JOBS Act that has jammed the IPO pipeline full of Green companies offering phony solutions to carbon problems that don't exist.

The top elites seem to want one more stock blow-off before they move on to trying to create a global currency on the smoldering ruins of what's been left behind.

This article would seem to be the proverbial smoking gun when it comes to establishing what those behind the Federal Reserve really plan to do. It makes the case that the Fed should become very active when it comes to promoting Green solutions to "carbon pollution."

They will march these lousy companies onto the media's main stage and we will be exposed to traders bidding up nonsensical "carbon solutions" as if they hold the key to human survival.

First you create a phony crisis … manmade carbon clogging the atmosphere. Then you build a vast stock market euphoria and jam the IPO pipeline with your phony solutions. Then you spend the next year or two rolling them out and making sure that your controlled banking enterprises bid them up as if they were seriously worth something, when they are worth nothing.

Throw in Douglas's phony redistributionist theories to sweeten the pot. Here's more from the article:

Incoming Chair Yellen can take steps to de-link economic growth from increased carbon emissions in several ways. She can include carbon emissions as an indicator necessary for national prosperity. She can make a carbon cap a part of the Fed's operations by tracking and requiring carbon reductions in the footprint of loans originated by Fed member banks.

This could take the form of a declining number of annual allowances to banks that provide loans to the energy and oil industry. By connecting economic activity to greenhouse gas emissions, the Federal Reserve could create levers to allow for additional economic growth in low-carbon activities, while reining in high-carbon industries.

Simply making the proposal would be beneficial as it would doubtless send shockwaves through the banking community, and provide a needed wake-up call to the financiers of the current "carbon bubble." Perhaps most importantly, she can harness the unique power of money creation to help people through the transition to a low-carbon economy.

A long-term, systemic solution to climate change must have broad popular support by spreading the benefits as widely as possible. One way to do this would be for Chair Yellen to transition the next phase of quantitative easing (QE) into a citizen's dividend.

QE was begun under outgoing Fed Chair Ben Bernanke as a strategy to prop up the banking sector by purchasing bank assets, mainly Treasury Notes or Mortgage Backed Securities. With citizen's dividends instead of a bank-oriented stimulus, Chair Yellen could focus on stimulating the real economy by sending money to actual people who will spend it into circulation and create the demand so that employers will begin hiring again.

To address concerns that the Fed lacks the authority to send out such a dividend, the Fed could collaborate with the Treasury to implement this as part of a pass-through when it purchases Treasury bonds. Chair Yellen's citizen's dividend for economic stimulus would help build public acceptance toward populist solutions to other issues involving the Commons such as climate change.

What a noxious brew this is. The sly disinformation of Major Douglas's leveling system used to spread the pernicious nonsense of global warming.

An elitist twofer that will no doubt be picked up by those who have a considerable hidden interest in promoting both elitest memes.

And make no mistake; climate change is just as devious a dominant social theme as Douglas's social credit.

Sure, there may be climate change, even climate warming from time to time, but that does not mean that human beings can do a damn thing about it.

Manmade carbon contributes miniscule amounts to heat-trapping gasses in the atmosphere. There is no way these tiny amounts of carbon can do anything at all when it comes to the weather.

We are supposed to believe these teensy tiny amounts of additional atmospheric carbon are ruining the Earth for everyone. But some 99 percent of heat-trapping gasses are constructed from atmospheric water droplets trapped high in the stratosphere.

Anyway, this carbon nonsense is predicated on the idea that nature has no method of balancing oxygen and carbon, the two life-giving gasses of the earth.

But nature does provide us with equilibrium. When there is too much carbon available somewhere, plants and trees tend to spring up. This, among other ways, is how nature keeps life-giving gasses in balance.

But not if you listen to the warmists. They are convinced for a variety of manipulative reasons that manmade carbon must be restrained. In reality, it's just one more command-and-control scheme, just like social credit.

Every now and then a mainstream article outdoes itself – and not in a good way. This is one such, a twofer suggesting that Yellen add Green activism and economic redistributive crackpottery to her own phony formula of monopoly central banking.

Hey, call it a three-fer!