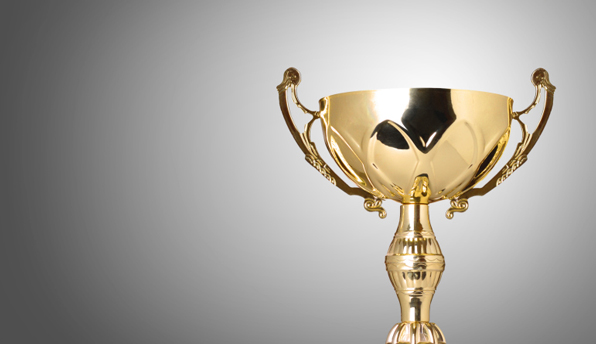 Economy U.S. stocks rose, giving benchmark indexes the biggest four-day rally in more than a year, as comments by Federal Reserve Chairman Janet Yellen fueled bets the economy is strong enough to weather further stimulus cuts … "The market likes consistency and what we've heard this morning has been consistent with what we've heard for months," Steven Rees, head of U.S. equities at JPMorgan Private Bank, which oversees $977 billion in assets, said in a phone interview. "Tapering continues, but it continues to be the result of an economic situation that's slowly improving. The economy is still on track to have a good year." Yellen, 67, delivered her first public remarks as Fed policy makers pursue plans to gradually scale back the unprecedented bond-purchase program she helped put in place. – Bloomberg

Dominant Social Theme: Yellen even at the beginning is triumphant.

Free-Market Analysis: This article confirms what we've been predicting since we opened up the new and improved Daily Bell within the umbrella of High Alert.

There is going to be no real diminution of Federal Reserve money printing, though this will be the mainstream media narrative nonetheless, as evidenced in this Bloomberg article.

What is even more important about the non-events offered to Congress and the media by Yellen was the overwhelmingly positive response to what even Bloomberg called an "interminable" speech.

Economic growth has strengthened and there is "broad improvement" in the labor market,'' the chairman said. She repeated the Fed's outlook for further reductions in "measured steps" and that asset purchases, known as quantitative easing, are not on a "pre-set course."

While growth has picked up, "the recovery in the labor market is far from complete," Yellen said in remarks to the House Financial Services Committee. "I am committed to achieving both parts of our dual mandate: helping the economy return to full employment and returning inflation to 2 percent while ensuring that it does not run persistently above or below that level."

Federal Open Market Committee officials have twice reduced the size of the monthly asset-purchase program, lowering bond buying to $65 billion in February from $85 billion last year. Three rounds of stimulus under previous Chairman Ben S. Bernanke have helped push the S&P 500 as much as 173 percent higher from a 12-year low in 2009.

Yellen will be very careful to create a degree of stability," Stephen Wood, New York-based chief market strategist at Russell Investments, said by phone. His firm oversees over $256 billion. "No genius ideas out of left field, just very methodical. The market is not only going to like the message but they're going to like the messenger.

… "The Fed will be accommodative and the Fed will maintain credibility the bond market and equity market will appreciate." Yellen said financial-market turmoil doesn't pose a major risk to the outlook for the U.S. economy. Asset prices aren't at "worrisome levels" even after the S&P 500 soared 30 percent last year, Yellen said, although the Fed is on the lookout for any threat of a bubble.

Reading this from the point of view of laissez faire economics, Yellen's statements are wildly inaccurate. She wants to be on the lookout for a bubble when the stock market itself is a bubble that has already taken place. It's up 100 percent in five years and climbing higher quickly.

Perhaps this doesn't sound like such a strong move in this day and age, but the market has climbed at a time when the US has not seen any appreciable recovery. Unemployment may be as high as 30-plus percent or more and price inflation is a good deal more powerful than US government figures calculate.

Of course, we've expected this because the current Keynesian trap has already been strung. There is little or nothing that the Fed can do but continue on its money-printing course. The Wall Street Party we've predicted is underway and will likely get wilder with Janet Yellen at the helm. Barring an unforeseen event, money will continue to pour into Western stock markets, especially in the US, and alternatives will continue to be devalued, either coincidentally or on purpose.

We've already pointed out that both metals markets and emerging markets have seen considerable turmoil recently and the financial pornography that passes for the mainstream media has begun suggesting that US markets are a kind of safe haven. This will put further upward pressure on domestic markets.

Eventually, all of this will move in the other direction, and that, too, seems like it could further support the larger trend toward full-scale globalism. Markets that go up hard – and this one could move up for another year or two it would seem – can also move down just as hard.

An unraveling of the scope that we contemplate would surely provide an opening for globalists to suggest further international consolidation of both currencies and central banking.

Right now she is being hailed as a low-key genius. But genius is in the eye of the beholder.