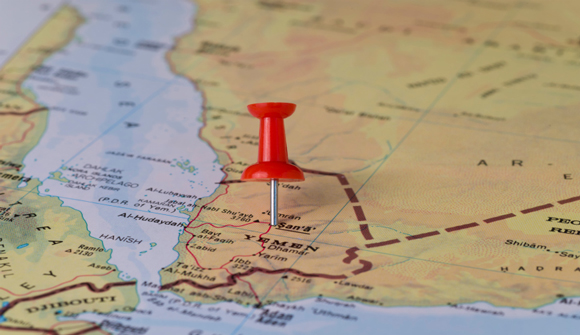 In Yemen there is no longer a government or a president. On January 22, after the Houthi, (Zaydi Shiites) militiamen in the north besieged the presidential palace in Sana'a, both interim President (since 2012) Abdu Rabu Mansour Hadi and Prime Minister Khaled Bahah (of a caretaker government which secured parliamentary confidence in December 2014), resigned. Washington has closed its embassy and many other countries, Western and non, have done likewise … While the United States has already given Yemen at least USD 100 million in military aid, it would be wiser to target Yemen's socioeconomic problems …Yemen is a social and security time bomb. – Geopolitical Monitor.com

Dominant Social Theme: Yemen is falling apart and the West needs to save it.

Free-Market Analysis: There are no nation-states, only cultures. Yemen is a good example of this. Western forces are trying to put back together a "nation" that never worked in the first place.

And the reason given is (basically) Western security. But we would argue along with Ron Paul that the best way to handle these internal divisions is to "turn around and march out." Retrace the path that brought you into harm's way in the first place.

That's not how this article sees it. It presents an analysis of the situation from the perspective of the "great game." More:

Four southern governors, including those from Aden and Abyan, which has been the epicenter of the US drone campaign against al-Qaida in the Arabian Peninsula (AQAP), have refused to resign, in solidarity with President Hadi. Houthi militias dispersed an impromptu pro-government demonstration days after the takeover; the occasion served as an opportunity for the Houthis to wield some power as they brandished weapons in the streets and made numerous arrests.

The Houthi religious-political-military movement was born in the eighties in the northern region of Saada under the leadership of Husayn al-Huthi (deceased), expressing a Zaydi (a Shiite sect which ruled the Imamate in northern Yemen until 1962) pushback against Sunni dominance in the country, which is supported by the central government and by Saudi funds.

After the resignation of President Ali Abdullah Saleh in 2011, the Houthis have managed to take over control of a vast area thanks, in no small part, to the retreat of army units still loyal to Saleh. In doing so they defeated the Sunni militias linked to the Islah Party (which includes the Muslim Brotherhood and Salafists). Meanwhile, Ansarullah, the Houthi political movement, was taking part in the 'national dialogue' process to re-draft the Constitution; therefore, the Houthis have managed to gain both military and political ground, not unlike Hezbollah did in Lebanon during the 1990s.

The Houthis [kidnapped] Ahmed Awad bin Mubarak, Secretary of Reforms, and [held] … the presidential palace and the private residence of the president under siege, which culminated in an attack on the prime minister's convoy.

The article goes on to give us a behind-the-scenes analysis that explains the current tensions. There are actually four wars going on at once, we learn. Both North and South are clashing with the "central authority." That's one.

Number two is a clash between the old central authority built around Yemen's former dictator and now led by son Ahmed Saleh. This faction is challenging what's left of the transitional government that was supposed to move Yemen to a more peaceful place.

Number four involves what the mainstream media calls "Al Qaeda" – mysterious "terrorists" that operate mostly in the South and area adversarial to the tribes there but more importantly to the military that is charged – almost impossibly – with the region's pacification.

With so many conflicts, one might ask why bother? We addressed that question some four years ago (how little things have changed) in an editorial entitled "If Yemen Falls, so Does the Dollar Reserve?"

Here's how we described the importance of Yemen then:

The corrupt and vicious Saudi regime lies at the heart of Money Power. Without Saudi willingness to support the continued dollar-oil exchange (forcing the rest of the world to hold dollars) the dollar reserve currency system seriously degrades.

The current system was put in place in the 1940s, but it was elaborated on in 1971, when the US severed the last link between gold and the dollar and substituted oil. How did the Anglosphere elites manage this trick? Using Mao's observation: "power springs from the barrel of a gun."

The Saudis were willing accomplices, but in reality they didn't have a choice. The world's economy, when you come down to it, is a product of American military force. Use the dollar to buy oil or else … But if the US and Saudi Arabia cannot control the spiraling disaster in Yemen, the next stop on the revolutionary train is Bahrain. And after that … Saudi Arabia. And THIS time, events may not be easily salvageable. The Internet has educated the Arab world about its history.

If the Anglosphere elites had only used their tremendous industrial and monetary advantages to build a free-market instead of a phony one (disguised as a free one)! But the elites chose to propagate a central banking economy in order to chase after world government, and now they are in danger of an eroding dollar reserve, which could eventually result in the creation of an entirely new (and uncontrollable) currency. Anyway, if Saudi Arabia falls, the dominoes may simply keep tumbling. Who pays any attention to funny little countries like Yemen anyway?

The conclusion here is that the dollar reserve system is in jeopardy because of Yemeni unrest that could undermine Saudi Arabia. But there is one complication that has occurred to us since this editorial – and it has to do with the apparent willingness of the power elite to tolerate all sorts of dollar-undermining.

The dollar is being undermined everywhere, North and South. It is being undermined by fracking and most especially by the BRICs' intentions to operate and expand a "southern" version of the IMF and World Bank. Russia has now created its own version of SWIFT – following Western threats to bar Russian banks from the facility.

It could be that the West – specifically the US and NATO – could do more to calm Yemen's turbulent waters. But Yemen's condition may serve a purpose if the larger plan is to create – at some point – a world currency.

If this is the case, then Yemen becomes just another tool adding chaos to an increasingly chaotic modern world. So far the response has been clumsy indeed. The US has not "marched out" but neither has it effectively addressed the issues tearing Yemen apart. About the only thing that the US has done decisively of late is to close its embassy.

Is such a flat-footed response simply a matter of incompetence or are there far deeper currents swirling beneath the surface? Yemen contains some of the most ancient cultures in the world. It is a far more important country than the one often portrayed by Western media.

The West's treatment of Yemeni strife can provide us with many clues about what may be really going on in the Middle East – and why. Yemen, more than almost any country in that region, may be the key that unlocks the puzzle of the West's intentions.

Yemen is worth watching closely.