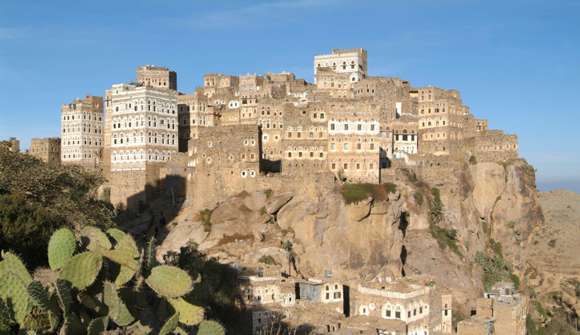 Yemen could become 'protracted conflict' envoy warns … The conflict in Yemen could become "protracted in the vein of an Iraq, Syria, Libya combined scenario'' the UN's special envoy has warned. Jamal Benomar was speaking as the Security Council met in New York to express support for ousted President Abdrabbuh Mansour Hadi. Mr Hadi fled the capital Sanaa in February as Houthi rebels from the north tightened their grip on the city. – BBC

Dominant Social Theme: Yemen is a mess. It needs to be straightened out.

Free-Market Analysis: We've written articles in the past pointing out that Yemen is perhaps the most important country in the Middle East. It's not widely regarded as so in the West because of the lack of reporting on the country within a comprehensible socio-political context.

But Yemen, like Afghanistan, has never been fully occupied. Its residents tend to retreat to its mountainous interior when challenged just as the Pashtuns retreat to mountainous caves in the Afghan interior.

It is a very hard country to fully subdue; its status is complicated by about 40 different distinct tribes that the West – the US and Britain in particular – have never been able to "civilize" out of existence.

Of course, to talk about civilization as regards Yemen, one should take the long view. When humans began their trek out of Africa perhaps 40,000 or 50,000 years ago, Yemen became a Paleolithic portal. Yemen is one of the oldest patches of land in the world from the standpoint of human migration, so far as we can tell.

The 15-member Security Council issued a statement giving unanimous support to President Hadi, who has sought refuge in the southern port city of Aden. "The Security Council reaffirms its strong commitment to the unity, sovereignty, independence and territorial integrity of Yemen," it said.

Instability has been growing in Yemen, where al-Qaeda and Islamic State sympathisers also pose a threat. On Saturday, the US said it was withdrawing its troops from the country because of the worsening security situation. The rebels declared a new government in February and said a transitional presidential council would replace President Hadi.

However, the Houthis are from the north, and their declaration has not been recognised by southern leaders. On Sunday, Houthi leader Abdel-Malek al-Houthi vowed to pursue Islamists militants from al-Qaeda in the Arabian Peninsula and IS.

This provides a narrative of Yemen's complexity. In the "north" is the Houthi stronghold. The Houthi are Shia – and thus are supported by Iran.

In the "south" and west are Sunni tribal strongholds. These tribes constituted an independent Yemen before the fall of the Soviet Union and subsequent shattering of its client states.

With US backing, the tribes of the East (mostly) consolidated both southwest and northern Yemen (Houthi territory).

But with the Houthi resurgence of late, the center has ceased to "hold." The western tribes are now embroiled in a conflict – reportedly – with the "Islamic state." The Houthis have attacked and deposed the central government. The US has pulled out its forces and diplomats.

The chaos in Yemen is now unending, and in fact has been caused by decades of British and US meddling – who backed a centralization of power that is now defunct.

As we predicted previously, the situation "on the ground" is worsening and posing an increasing threat to Saudi Arabia – a country loathed by the Houthis and disliked by the southern and western tribes as well.

We don't anticipate that the current mess is going to be resolved any time soon. In fact, Yemen is at least 10 countries if not more. The chance of a rational solution via significant secession is probably not feasible however.

The situation in Yemen will probably continue to worsen, adding to Middle Eastern chaos and perhaps destabilizing Saudi Arabia. Some surprising players in the Middle East and beyond may wish this to occur.