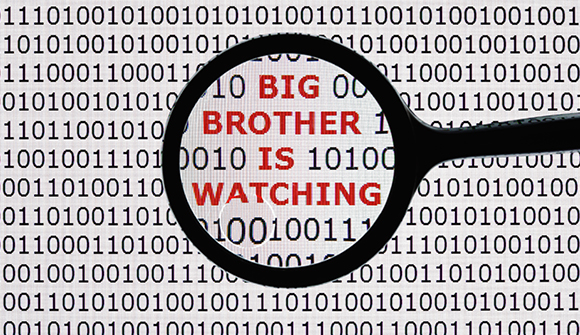 Libertarian Gary Johnson: 'this Independence Day feels different … Former Libertarian presidential hopeful Gary Johnson hopes you have a nice picnic, parade or BBQ to attend, and a flag to wave. But he is not delivering the typical feel-good Fourth of July message this year. "This Independence Day feels a little different," he says. "The news in recent weeks about the IRS using its force against certain targeted groups has reminded us that, absent vigilance on our part, the government will abuse the power it has accumulated. Likewise, as we learn more about the massive surveillance being conducted by the NSA and the FBI, a lot of Americans are today thinking and talking about the 4th Amendment and its intended protections against unreasonable searches." – Washington Times

Dominant Social Theme: We live in the best of all possible worlds.

Free-Market Analysis: But we don't. We live in a world increasingly afflicted by determined globalism and wanton lawlessness, in part generated by regulatory democracy itself.

"The more laws, the more criminals," the Japanese tell us. And the West has long since departed from the grounded reality of natural law and broadcasts the erroneous idea that law is the province of government. It is not.

Government can enforce natural law – those laws generated by instinct and human communality – but anything else merely invites circumvention. The more laws there are, the less observance there shall be.

People lament growing lawlessness, but when governments insist by whim and preference on passing thousands of laws annually and even more regulations, the result is the gradual erosion of civil society and the alienation of the middle class.

Mr. Johnson continues, "These 'revelations' are bringing long-overdue attention to the liberties the Founding Fathers worked so hard and sacrificed so much to provide and protect. It is more than a little ironic that the Revolution was prompted, in part, by abusive tax policies and unreasonable searches – on the part of 'tyrants'."

He concludes, "Regardless of our plans for this Independence Day, I hope they include remembering that the battle for freedom never ends, and dedicating ourselves to restoring the liberty on which our great nation was founded. That is the most patriotic thing we can do on the Fourth, and in all the days that follow."

Johnson apparently has a new organization to head called Our American Initiative, which is dedicated to the idea of shrinking government and defending Western civil freedoms.

We're not so sanguine as Johnson that current trends can be reversed – at least not by using available, formal levers. But we are encouraged by Johnson's observation that the recently observed US Independence Day "feels different."

History seems the collision of two forces: An elite that seeks to repress certain knowledge and a populace that, when exposed to that knowledge, tends to overthrow the elite in question, or at least vitiate its power. In the last centuries, technology provides the fulcrum that shifts the balance. When information technology is ascendant, freedom expands with its many human and social benefits. When it is not, repression and attendant ills are prevalent.

Ignorance is ever the friend of tyranny and eventually, even, genocide. But allow people to educate themselves and the world begins to change for the better. We are living through a very exciting time in which the knowledge of the ages has been rediscovered and is in the process of being reapplied by tens of millions.

There are, of course, negatives to this evolution – as we have seen with the expansion of the Surveillance State. But the negatives are not exclusive; the world is not merely one color. Tyranny and freedom usually coexist. There is no yin without yang, despite what pessimists and sophists maintain.

Mr. Johnson cannot quite put his finger on what's going on today. But something is changing – and some of it for the better.