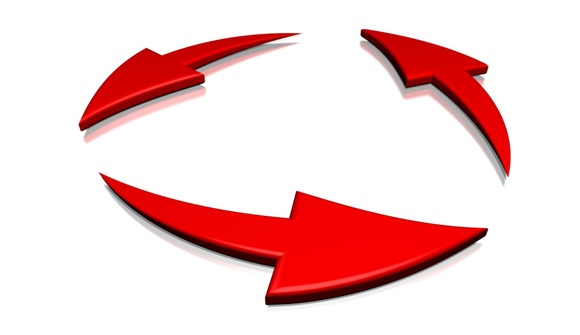 STAFF NEWS & ANALYSIS
Yes, There Are Business Cycles and the Question Is What to Do About Them
By Staff News & Analysis - December 19, 2014

Maybe There's No Such Thing as a Business Cycle … Is the U.S. economy's current expansion past its sell-by date? Will we soon go back to the employment levels we had before 2008, or did the recession do lasting damage? Macroeconomists wrestle with these questions, but usually without much success. To understand why it's so hard to predict business cycles, you need to realize that nobody really knows if a business cycle actually exists. – Bloomberg

Free-Market Analysis: We've mentioned that Reuters columnist Noah Smith is a "gift that keeps on giving." He's back with another such gift in this column, "Maybe There's No Such Thing as a Business Cycle."

Actually, the article promises a bit more than it delivers. Smith doesn't actually declare that business cycles don't exist, though he more or less ponders the possibility.

The word "cycle" conjures up images of waves and seasons, but the business cycle isn't a regular cycle like that (if it were, it would be easy to predict the next recession). Economists actually think that recessions and booms are random temporary disturbances of a smooth trend of long-term growth.

In fact, the evidence is now piling up that the 2008 recession did have lasting effects. Researchers at the Federal Reserve have crunched the numbers and have tentatively concluded that economies don't usually bounce back on their own.

… In general, this is bad news — it means that it may be decades before an extraordinary boom undoes the damage of the Great Recession. But there's a silver lining, because it also means that the current economic expansion probably isn't about to die of old age. It may simply be time to stop thinking of the business cycle as a cycle.

The idea is that central banks print too much money causing a boom and then, eventually, the economy collapses from monetary overstimulation and a bust occurs. Entrepreneurs and businesses large and small are often ruined.

We don't have any real problems with this theory. In fact, we can see it in action in the modern era. In 1969, an overpriced stock market depending on the "Nifty Fifty" collapsed. Later, the 1970s provided us with a decade where the golden bear ruled.

Eventually, Paul Volcker screwed rates up until markets begged for mercy and BusinessWeek declared the stock market was dead. At which point it promptly roared to life, generating a huge boom that collapsed in 1987.

The market gradually resumed an upward course until the recession of 1993-1994. Later, the Internet offered new ways to reshape the economy and markets and economies began to "recover."

However, the "tech bubble" collapsed around the turn of the century and Western economies and stock markets were dealt severe blows.

Low rates and determined pump priming brought the markets back – just as they always have sooner or later. The idea is to reinflate asset bubbles, which is really all that modern central banks are good for.

Blown up by credit, stocks roared into 2008 when the sub-prime crisis finally crashed the economy worldwide. Now, some seven years later, we begin to see that the portions of the world's economy are being reinflated once more.

We trust our eyes. The business cycle is no myth. Every time marts stumble and economies fail, central bankers screw down interest rates and pump up money printing. Markets go from boom to bust and back again.

This is inconvenient for central bankers who don't want to be accused of ruining economies on a regular basis, but it is true nonetheless.

If Noah Smith wants to cast doubt on the idea of business cycles, it's probably because Bloomberg is supportive of the status quo and central bank driven economies. Smith is promoting a worldview that removes or at least reduces the responsibility that central bankers have for the world's current state.

But the article also admits that the 2008 financial crisis had repercussions that are still felt today. The constant boom-bust features of modern central bankers have drained prosperity from the West and redistributed wealth in ways that have impoverished millions, even billions.

We've had at least two huge, Western economic crises in the past 100 years and a number of smaller ones. The biggest of all was the Great Depression, but the current Great Recession has certainly rivaled it.

The Great Depression began to end as World War II arrived. But the Great Recession has yet to end. It seems not only are there business cycles but that central bankers have no real answers when it comes to combating most significant ones.

The article would have been a better and more persuasive read if it had focused on solutions to evident business cycles rather than offering up the idea that they don't exist.

Of course, the most obvious solution is to get rid of monopoly central banking entirely. But we doubt we'll read about that in Bloomberg …