A chicken in every pot, and a unicorn in every garage. That’s the progressive dream.

No, seriously, they are dreaming, and they must have smoked something crazy before bed.

I almost couldn’t even write about this subject because I just kept staring at my computer screen wide-eyed and shaking my head. Really? Is this seriously being passed off as economics and news?

The larger the universal basic income, the greater the benefit to the economy, according to the report.

A $1,000 cash handout to all adults would grow the economy by 12.56 percent after eight years, the study finds. Current Congressional Budget Office estimates put the GDP at $19.8 trillion. The cash handout would therefore increase the GDP by $2.48 trillion. (Vox first did this extrapolation in their coverage of the report, and Steinbaum confirmed the accuracy of the extrapolation to CNBC Make It by email.)

Wow! You’re saying that by the U.S. government simply creating money out of thin air, we can increase the amount of money in existence! Why didn’t we think of this before? Why are we only $20 trillion in debt! why not go $200 trillion in debt. Why not $900 trillion?! Who cares, it just boosts the economy.

The super-serious-legitimate-intellectual study found that the larger the handout, the more the economy grows! Hear that? We can all be millionaires! It’s easy street from here on out.

We can all quit our jobs at the factories, farms, grocery stores, and office buildings. Things will keep being produced, sold, and organized according to the report.

What they didn’t add is that in order to finance these handouts without taxation, the U.S. would add $24 trillion of debt. The already insane national debt would more than double in 8 years.

And what would a cash influx of that kind cause?

Exactly what the study did not take into consideration. Inflation.

The factor that other models emphasize which is not present in the Levy Model is “potential output”—that the size of the macroeconomy is theoretically limited by supply constraints, and that once these bind, the effect offurther expansion in aggregate demand is primarily to increase inflation.

I love it. “Theoretically” the economy is limited by the supply of goods.

But this study adds 1,000 more people who want to buy that bread. They conclude that this will not increase the price of the bread and that the extra 1,000 people who want bread will not be constrained by the fact that there are only 100 loaves.

It is utter nonsense! They are basically saying that they can drastically increase the consumption of goods without having to increase supply, and without the price of the goods rising.

And why do they believe this baloney? Because they are still using Keynesian economics, explained in the image below. 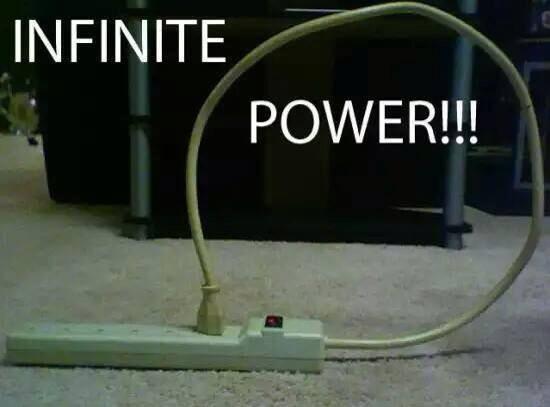 At very least the study concluded that raising taxes would have no net benefit to the economy. So they understand that taking from one person and handing to another would not grow the economy.

These estimates are based on a universal basic income paid for by increasing the federal deficit. As part of the study, the researchers also calculated the effect to the economy of paying for the cash handouts by increasing taxes. In that case, there would be no net benefit to the economy, the report finds.

But they apparently don’t believe that demand is enabled by supply. Have they tried to consume something that doesn’t exist? It’s a difficult task.

And they also don’t believe in inflation. But when the supply stays the same, and the demand grows, prices will rise. If the demand is enabled by increasing the monetary supply by going into more debt, that means that the value of the new dollars is derived from the old dollars. Every dollar gets a little bit more worthless because nothing about the real physical economy has changed. Supply has not grown to match increased demand.

And finally, maybe they don’t want to finance the universal basic income with taxation, but how are they going to pay the interest on the extra debt? Currently, it costs almost half a trillion dollars per year just to pay the interest on the $20 trillion national debt. They want to more than double that in just eight years. Who in their right mind would keep lending the U.S. money?

You can play with numbers, but you can’t change reality. This model would DESTROY the economy in 8 years, not improve it. Yes, there will be more money in supply, and therefore the economy has “grown” if you don’t factor in real purchasing power, which will collapse.

It would be a transfer of wealth from people with savings, to people in debt.

This trash is clearly being sold so that idiots can cite a study that says a universal basic income is a good thing. The chorus grows in the media, training the sheep how to sing their song of ignorance.

Baaa if you support a universal basic income!