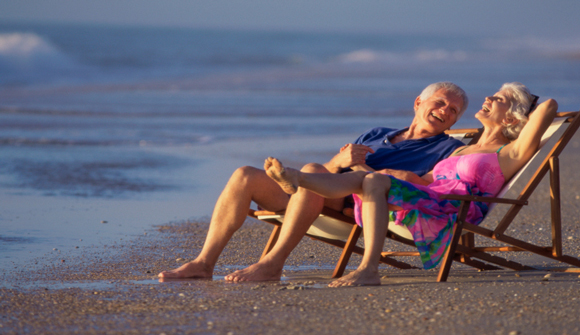 STAFF NEWS & ANALYSIS
You Can Relax – There's No Retirement Crisis After All
By Staff News & Analysis - December 15, 2014

There Is No Retirement Crisis … You're probably going to be hearing a lot about a "retirement crisis" over the next few years. And Democrats think they know just what to do about it. Some academics are convinced that Americans aren't saving enough, or being provided enough by the government, to sustain themselves in old age. Many Democrats think their party hasn't adequately addressed the economic anxieties of middle-class voters. Put the two concerns together, and you get a simple plan: Offer people more generous Social Security benefits. Senator Elizabeth Warren is already on board, enthusiastically throwing around the word "crisis." The good news is that there is no retirement crisis … – Bloomberg

Dominant Social Theme: Everything is OK if you just save a little …

Free-Market Analysis: This is an absurd article. US lifestyles and retirement possibilities have been on a downward arc since at least the turn of the century. And if one goes back and compares the 1950s to the present day, the current financial environment looks even worse.

Since 1913, when the Federal Reserve began, the Greenback has lost 95 percent of its value or more. Solvency and accrual are difficult when the system itself is set up to debase the currency.

And how do people themselves feel about their own prosperity? Here, from The Wall Street Journal, posted in August 2014 …

More American households say they are worse off rather than better five years after the recession, a new Federal Reserve survey found.

The report, released for the first time on Thursday, found 34% of households said they were "somewhat worse" or "much worse" financially in 2013 compared to 2008. Only 30% reported being better off to some degree.

Considering that respondents were asked to compare their incomes to 2008, during the depths of the recession, "the fact that over two-thirds of respondents reported being the same or worse off financially highlights the uneven nature of the recovery," the Fed report said.

That data comes from the Fed's Survey of Household Economics and Decision Making. The survey was conducted for the first time last year as part of the central bank's effort to monitor America's recovery from the recession and identify any risks to households' financial stability. The new report offers a view of how households assess their own situations that is not found in other U.S. data sources.

Despite relatively few Americans feeling their finances are improving, most appear to be faring relatively well. The survey found 23% reported "living comfortably" and 37% said they were "doing OK." Less than 40% said they were "just getting by" or otherwise struggling.

This last paragraph provides us with the same strange outlook as the initial article we're analyzing. Fifty percent of those questioned said they were living comfortably or "doing OK" – whatever that means.

Presumably the rest of the US – the other half – is "struggling." And what is a struggling a euphemism for? Presumably things like losing houses, apartments, jobs and bank accounts. Fifty percent of the country is economically dysfunctional.

Don't believe it? Here's data from a survey that TIME magazine published about a year ago:

… As evidenced by a report out Thursday from the Corporation for Enterprise Development, nearly half of Americans are living in a state of "persistent economic security," that makes it "difficult to look beyond immediate needs and plan for a more secure future."

In other words, too many of us are living paycheck to paycheck. The CFED calls these folks "liquid asset poor," and its report finds that 44% of Americans are living with less than $5,887 in savings for a family of four.

The plight of these folks is compounded by the fact that the recession ravaged many Americans' credit scores to the point that now 56% percent of us have subprime credit. That means that if emergencies arise, many Americans are forced to resort to high-interest debt from credit cards or payday loans.

So how do we get from 50-60 percent of the population being economically stressed to the idea that US citizens are doing just fine on the retirement front? Is it possible that families are living paycheck-to-paycheck because they are saving so hard for retirement?

We ask this question tongue-in-cheek because we believe we know the answer. If you are living paycheck-to-paycheck it is highly doubtful that you are saving significant amounts of money for retirement. It is more likely you are simply hoping not to lose your job.

And yet these strange articles keep appearing in the mainstream media. Who are they supposed to be convincing? Does this sound right to you?

As my American Enterprise Institute colleague Andrew Biggs has been carefully explaining. Americans have among the highest retirement incomes in the world, both in terms of absolute buying power and relative to the incomes of the working-age population.

The National Institute on Retirement Security came out with a scary, and influential, report last year saying that 84 percent of Americans aren't saving enough for retirement. But the report used dubious assumptions, targeting a retirement income higher than other analysts think reasonable and judging people against a rigid schedule of savings. (According to the institute, people should save 12 percent of their income for retirement each year from age 31 onward, and people who expect to do more of their saving in their 40s and 50s are behind.)

Another source of alarmism is the Census Bureau's Current Population Survey, which suggests that Americans receive little income from individual retirement accounts and 401(k) plans and are increasingly dependent on Social Security. But the survey's measure of retirement income excludes the unscheduled, as-needed withdrawals from IRAs and 401(k)s that are the primary way Americans draw down their accounts. Thus the census figures omit most of the income from such saving methods, an error that becomes ever more important as an ever-larger percentage of Americans uses them. So while the survey seems to show a growing problem, all it really shows is an increasingly large methodological flaw. Already it isn't counting 60 percent of income from retirement plans.

That doesn't mean that there's nothing at all to worry about. Social Security fails to keep all the elderly out of poverty, which is rather amazing considering how much it spends. Certain groups, such as single women with no education past high school, have a high risk of ending up poor in old age. Biggs favors a reform of the system that creates a flat, universal benefit. It would be set high enough to keep all senior citizens out of poverty, but low enough to make the system solvent and to create a stronger incentive for middle-income and high earners to save more for their retirement. Data from the Organization for Economic Cooperation and Development shows that the more generous government benefits are for the elderly, the less people generate their own retirement income through work and saving.

Do those writing and editing this article really believe that Social Security by itself can provide a retirement significantly above the poverty line? There are plenty of considerations when it comes to gaining and reaping Social Security including the length of time one works and the salary one receives.

And of course, more recently there are significant suspicions that Social Security may only provide very reduced benefits to those who will need it most of all – Baby Boomers. The article does have the grace to recognize this:

And then there's the fact that Social Security itself faces a financing shortfall with a net present value exceeding $10 trillion. That is a genuine problem — but not one, of course, that can be solved by expanding the program's benefits.

The article leaves this important fact hanging there, as well it should, because there is likely no answer except to debase the currency so much that shortfalls are wiped out by a lowered dollar value.

It's amazing in this day and age that Bloomberg would launch this kind of article and post it prominently. It just reconfirms our perspective that elite perspectives are far more difficult to promote in the 21st century than the 20th.

At this point we are beginning to believe that the West's most important power brokers have begun to give up on solutions and instead are moving toward encouraging increased violence and social chaos … anything to distract people from the real economic and financial issues that are at the heart of the West's decline. Fortunately, the Internet itself is most useful in counteracting dominant social themes and even further manipulations of society's self-appointed controllers.

Education and planning are increasingly important. We hope we are providing the former in these pages and supporting you in the latter.