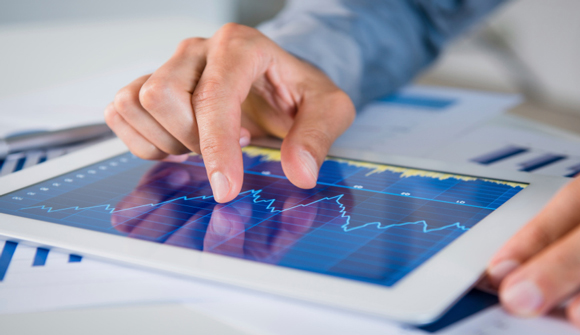 STAFF NEWS & ANALYSIS
You’ll be surprised to see what investment has destroyed the S&P 500
By Simon Black - January 21, 2020

The year was 1990, and the Soviet Union was on the verge of collapse.  The Berlin Wall was still in the process of being destroyed, and East and West Germany were set to reunify later in the year.

Nelson Mandela was released from prison in February, and the South African government began talks to end Apartheid soon after.

Ghost, Home Alone, and Pretty Woman were the top movies of the year. Janet Jackson’s Rhythm Nation was the top-selling album.

It’s hard to even imagine that number anymore; the S&P 500 just closed last week at an all-time high of 3316, more than nine times higher than its peak in 1990.

And that’s impressive growth, no doubt. Investors who have had the discipline to buy and hold over the past three decades have been rewarded.

This is, of course, the most common investment advice doled out by money experts and best-selling financial authors. They tell people to invest in an S&P 500 index fund, and to basically keep it there for decades.

The experts insist there will always be strong years and weak years, but the overall long-term track record is pretty good.

If you had bought then and held until now, that works out to be an average annual return of just 4%.

4% is better than zero… but it’s hardly anything to write home about.

[This return doesn’t factor in dividends, taxes, fund management fees, or inflation… but those effects all largely offset one another.]

Going farther back, if you had bought the S&P 500 in 1990 and held for 30 years, you would have earned a more respectable annualized return of 7.7%.

And that sounds a lot better.

But it may surprise you to find out that you could have bought a 30-year US government bond back in 1990 yielding 9.2%!

Think about that– you could have avoided all the stock market swoons… all the crazy gyrations due to war, financial crises, recessions, panics, euphoria, etc. AND earned an extra 1.5% each year over the past three decades.

I’m not trying to say that investing in an index fund is a terrible idea; it’s a reasonable approach for people who aren’t willing to educate themselves about finance or do any work to find great investments.

But it’s important to at least know what you’re getting yourself into.

Buying an S&P 500 index fund essentially means that you have 500 different investments. It’s really hard to keep track of 5 investments. I can’t imagine keeping track of 500.

And even experienced, sophisticated investors would have a hard time even naming more than 50 to 100 companies in the S&P.

My guess is there are a few hundred companies in the index that most people have never even heard of, let alone know anything about– the business operations, financial performance, quality and integrity of management, etc.

Index investing is a conscious decision to know absolutely nothing about your investments– and to buy everything regardless of price or quality.

Again, this is a very easy and simple approach to investing that might be appropriate for some people. But it’s silly to think that this is the correct (and ONLY) way that everyone should invest.

There are always other options… and that’s the fundamental ethos that underpins our worldview at Sovereign Man.

Our goal is to help people expand their options beyond convention, and to help folks understand the risks and rewards of each one.

So just looking at these numbers, you can see that the conventional wisdom of ‘invest in an S&P 500 index fund’ didn’t necessarily result in the highest annualized return.

30-year bond yields are pitiful, just 2.3%. That barely keeps up with taxes and inflation… so you’d have to be insane to lock in such a dismal rate for the next three decades.

Fortunately, those are not the only two options in the investing universe.

Conventional thinking would have us believe that we can only invest in stocks, or we invest in bonds. And if you’re a bank or hedge fund with tens of billions of dollars to manage, those are pretty much your only options.

But this is where small investors have a unique advantage; with limited size, we are nimble enough to participate in niche opportunities that are far too small for large investors.

But the best investment you can make, of course, is the investment you make in yourself. Taking the time to learn about business and finance pays enormous dividends in the future.

You could learn, for example, how to start an online business in your free time that can generate life-changing supplemental income. And that’s a return that would far outpace any index fund.

Again, I’m not here to tell you where you should or should not invest. The key idea is that you tend to increase your chances of success when you think a bit unconventionally and expand your universe of options.