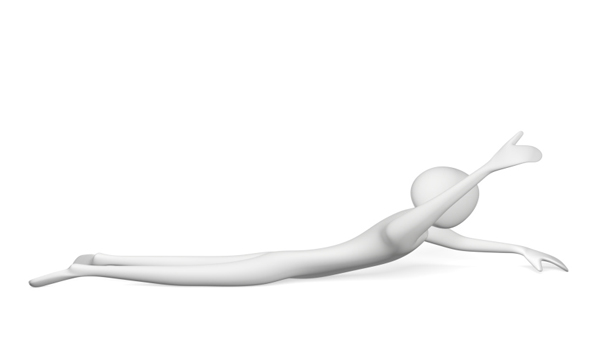 STAFF NEWS & ANALYSIS
You’re in charge of you. Not Secretary Pete. Not Hunter Biden’s dad
By Simon Black - July 11, 2022

Richard of Bordeaux was just a scared, ten year old boy in the summer of 1377 when his grandfather passed away.

This should hardly have been historically relevant. But in Richard’s case, his grandfather was King Edward III who had ruled England for more than 50 years.

Edward III had been highly unpopular and faced steep political opposition towards the end of his reign. And leading up to his death, Edward’s opponents among the nobility sought to consolidate their own power and install a new monarch that they could control.

So they plotted to install young Richard to the throne. Even though Richard would technically be King, the nobles would be calling the shots behind the scenes.

And so, on July 16, 1377, nearly 645 years ago to the day, the boy was whisked away to Westminster Abbey and crowned King Richard II under the watchful eyes of the new Regency Council.

The nobles wasted no time in appointing themselves to positions of high authority. After all, England was in extreme turmoil and in desperate need of their courageous leadership and expertise. They and they alone could save England from the depths of its crises.

And crises there were many.

The English treasury was depleting rapidly, thanks in large part to the endless Hundred Years War that had been raging for decades.

But most notably, recurrent outbreaks of the Bubonic Plague had ravaged the kingdom, with some cities having lost as much as 50% of their populations.

The pandemic (which we now call the Black Death) caused labor shortages and nasty inflation across the country.

So the expert nobles sprang into action with all sorts of idiotic rules and regulations. They raised taxes, they reduced freedom, they tightened feudal restrictions, and they tried to centrally plan economic output.

But none of their expert solutions worked, and by the autumn of 1380, England’s economy was in even worse shape.

International trade had practically collapsed. England was on the verge of defaulting on its debt. And the war was going very poorly for England; it turned out these expert nobles were pitiful military strategists, and France had seized the advantage.

So in November 1380, the experts convinced parliament to pass another tax– a ‘head’ tax, which essentially meant that everyone in the kingdom had to fork over a fixed sum of money to the government simply for the privilege of being alive.

And this was the second such head tax that the experts had passed in as many years.

Needless to say it didn’t go over well with the people.

Serfs began to unionize and go on strike. Peasants outright refused to pay the tax. The nobles mobilized to stop them, sending magistrates across the countryside to arrest dissenters.

Within a few months, a full-blown uprising had broken out; it’s now known to history as the Peasant’s Revolt of 1381.

And it spread rapidly. By June 1381, riots were taking place across England. And they were anything but ‘mostly peaceful’.

Thousands of people were killed in the violence, and mobs tore down entire palaces. But in the end, government forces managed to put down the rebellion, and the rebel leaders were quickly executed.

None of the experts, of course, ever faced charges. Their corruption, incompetence, and profligate spending were all overlooked.

We’ve seen this story over and over again throughout history– horrible leadership engineering major crises.

Quite often we blame the actual ruler in charge. Ancient Rome, for example, is packed with terrible emperors who share responsibility for the demise of the empire.

But it’s rarely just one person who creates all the turmoil. And we often forget key officials within government who drive so much chaos.

Richard II was just a stooge. Sure, he was officially the King. But ‘expert’ ministers were making all the decisions, and they proved to be some of the worst ever assembled in the history of government.

It’s hard to not notice the obvious parallels to our own times, and to see our own government filled with the same idiot savants that plagued the cabinet of Richard II.

Over the weekend I watched a recent interview with US Transportation Secretary Pete Buttigieg, the man who has presided over historic airline chaos, including record flight cancellations, delays, lost baggage, airport wait times, etc.

He’s also played a major role in mucking up the supply chain, given that the nation’s seaports, trucking, etc. fall within his domain.

Secretary Pete, of course, has been out to lunch throughout most of this.

But the interview he gave (which took place in April) gives an extremely revealing view of his mindset.

He explained to his host that his Department was in charge of spending nearly $1.2 trillion that had been authorized by Congress in the 2021 infrastructure bill.

“The main thing I’m thinking about,” said Secretary Pete, “is how do we make sure we take all this money, this $1.2 trillion… and actually deliver $1.2 trillion of value?”

Seriously, how terrible are these infrastructure projects if he’s worried about not achieving enough value to even justify their costs?

Does Pete also go to the grocery store and worry, “How can I spend $100 in this store and walk out with $100 worth of groceries?”

You’d think he would be striving to achieve a 10x return on that infrastructure money. But no. Pete is trying to figure out how to get 1x.

To these people, it’s a monumental achievement to NOT squander the majority of funds entrusted to them by taxpayers.

And that’s ultimately why we cannot rely on them to fix their own mistakes.

The people in charge have engineered so many problems. They are responsible for everything from inflation and economic malaise, right down to the baby formula shortage.

And it’s not just one person shaking hands with thin air. It’s the clueless, astonishingly incompetent cadre below who consistently make things worse.

The good news is that while you cannot depend on government officials to ride to the rescue, you can rely on yourself.

I don’t mean for that to be a cheesy cliché. Sure, if taking United Airlines from Houston to New York, you still have to deal with Secretary Pete’s incompetence.

But we do have much more control over our lives and livelihoods than they want us to realize.

Even with these lunatics in charge, we have tremendous power over our own prosperity, our health, our children’s education, and more.

Bottom line: you’re in charge of you. Not Secretary Pete. Not Hunter Biden’s dad. Not anyone else. And you don’t need to allow yourself to become a victim to their ineptitude.