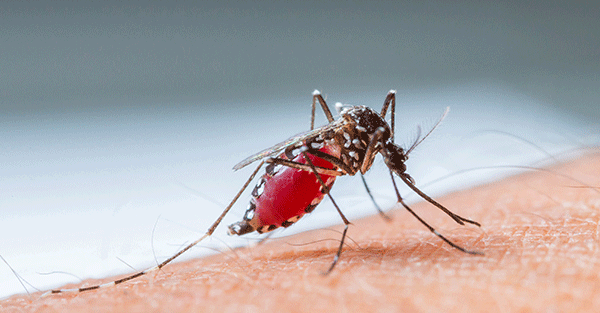 STAFF NEWS & ANALYSIS
Zika and Superbugs: Is There Real Cause for Alarm?
By Daily Bell Staff - May 19, 2016

Zika virus could spread to Europe in coming months, says WHO …  The Zika virus is expected to spread in Europe within the next few months, the World Health Organisation has said, although it has classified the risk of an outbreak at low to moderate … WHO Europe, which made the assessment, said the risk should not be underestimated. -Guardian

We’ve avoided writing about health catastrophes for a while because they seldom if ever materialize. But two caught our eye recently: Zika and Superbugs.

We thought the Zika alarmism had died down but the Guardian has discovered a new wrinkle with the news that Zika could “come to Europe” in the next months.

The Superbug alarmism, meanwhile, is being delivered, unsurprisingly, by the BBC, which seemingly never misses a chance to upset people about war, plagues, drought or famine – or all of them together.

Certainly we don’t know what the World Health Organization would do without repetitive media alarmism. From swine flu to bird flu and beyond, we’re constantly being alerted to medical catastrophes.

Sometimes the reporting can go on for months. But in the end, nothing happens, or very little.

As usual, it’s important to check out the alternative ‘Net media – especially the dependable Natural News. There, a post back in January tells us that the “establishment mainstream media continue to parrot the same hysteria regarding the Zika virus.”

The mainstream media fails to tell the whole story of why Zika has become such a big problem in Brazil in recent years and how the outbreak is connected to the release of genetically modified mosquitoes in 2012.

The birth defect is real, with affected newborns’ heads measuring 32 centimeters or less in circumference, but the causes are not fully understood. The causes are varied and more likely resemble chemical toxicity, vaccine damage, pesticide exposure and drug interactions.

OK. One horrible scare more or less defused. Zika does exist but the birth defects associated with it cannot be proven and may have been generated by a variety of causes, at least in Brazil.

How about the BBC’s Superbugs?  Here:

Superbugs will kill someone every three seconds by 2050 unless the world acts now, a hugely influential report says. The global review sets out a plan for preventing medicine “being cast back into the dark ages” that requires billions of dollars of investment.

It also calls for a revolution in the way antibiotics are used and a massive campaign to educate people. The report has received a mixed response with some concerned that it does not go far enough.

The battle against infections that are resistant to drugs is one the world is losing rapidly and has been described as “as big a risk as terrorism”. The problem is that we are simply not developing enough new antibiotics and we are wasting the ones we have.

We did a quick Internet search and came up with the following from the journal Nature:

[There is] widespread alarm at the spread of antibiotic resistance. This paper presents some welcome good news, in the form of the isolation and characterization of a new antibiotic active against a range of bacterial pathogens including Staphylococcus aureus, and apparently untroubled by the evolution of resistance.

Kim Lewis and colleagues use a recently developed system for in situ cultivation of previously uncultured soil bacteria …  Screens for mutants resistant teixobactin were negative, perhaps a consequence of this novel two-target mechanism.

The tally? When it comes to Zika, the birth defects supposedly associated with it are not nearly as clear-cut as reported in the mainstream media.

And when it comes to superbugs, a cursory search of the Internet located at least one new antibiotic that sounds promising for a variety of microbial diseases.

When the consequences are severe enough, new technologies often present themselves.

Conclusion: Big Pharma and organizations like WHO thrive on alarmism. But we don’t have to succumb to it. In any event, the linear, Western, allopathic model of medicine encourages both panic and passivity. Take your health into your own hands by investigating age-old naturopathic regimes and cures.