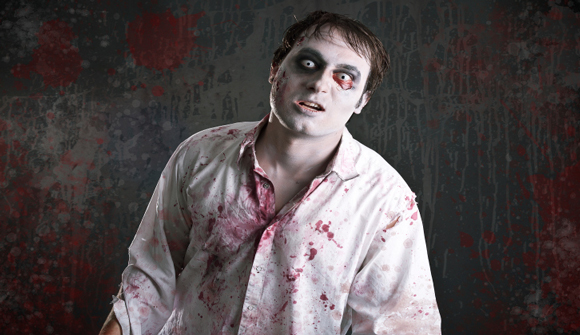 Zombie Ideas That Keep on Losing … The worst of today's political malfeasance is being driven by failed ideologies. Zombie ideas that refuse to die have become enshrined in our collective intellectual legacy. The people behind these have been insulated from the economic costs they impose. Blame the billionaires. – Bloomberg

Dominant Social Theme: There are so many bad memes. Why do people believe in them?

Free-Market Analysis: Bloomberg editorialists seem to make a habit of assuming certain elite memes are accurate and beyond reproach. Maybe they have to sign a document or something. Probably not … but sometimes it seems like it.

This editorial is a case in point. It is actually a summary of many elite anti-memes. By reading this editorial we can discern a lot about the internationalist mindset, and what might be a preferred belief structure. Here's more:

About a year ago, I reminded people of a letter written to the Federal Reserve in 2010 warning that the central bank's asset purchases risk "currency debasement and inflation," none of which occurred. That meme propagated, leading to a series of articles across the blogosphere and mainstream media.

Most recently, Bloomberg News tracked down the signatories to that letter, to see if they were willing to acknowledge that they were wrong. Not a one was willing to admit error. Perhaps the lack of contrition is best summed up by this New York magazine headline, "If Being Wrong About the Economy Is Wrong, I Don't Wanna Be Right."

These errors have a persistence that shouldn't continue once the invalidity of the underlying belief system is demonstrated. But they continue on, as zombie ideas that refuse to die. Consider the following short list of disproven ideas, all based on concepts that originated from or were widely dispersed by think tanks or their benefactors:

This last paragraph lists a number of economic memes that are on the elite "hit" list. There is, in fact, a common thread. More on that in a minute.

Let's continue: The latter half of the article discusses yet more ideas that the writer (and Bloomberg) considers bad for business. These include "climate-change deniers," and those who believe in "radical deregulation."

The pushback against anthropogenic climate change, or man-made global warming, has gone through a three-step process: First, there were the simple denials: It doesn't exist, temperatures aren't rising, etc. The next step was: OK, climate change exists, but it's a natural phenomenon, not man-made and is caused by sunspots or the end of the ice age from 10,000 years ago. The last phase is simply to say, regardless of the cause, it costs too much to do anything about anyway. Grist provides a thorough debunking of denialism in all its forms; if you want a more scholarly approach, try "The Oxford Handbook of Climate Change and Society."

We saw a similar progression during the financial crisis, including many attempts to negate the role radical deregulation of financial markets had as an underlying cause of the crisis. American Enterprise Institute's Peter Wallison and Edward Pinto were the leading proponents of the anything-but-deregulation causation. First, they blamed the Community Reinvestment Act — the anti-redlining legislation that had nothing to do with subprime lending. Next, it was the Department of Housing and Urban Development and the Federal Housing Administration. When that didn't hold up they blamed Fannie Mae and Freddie Mac. When most of the subprime loans that went bust were shown to be from private lenders that didn't follow Fannie or Freddie guidelines, they quietly changed the subject.

Deeply dishonest stuff, isn't it? As we have often pointed out in some detail, there is NO substantive evidence that global warming is occurring. And even if there were (for those who disagree), there is certainly no evidence that the cause of it is manmade carbon issuance. Saying something doesn't make it so.

As for deregulation, we're all for it as a libertarian-oriented publication. But it is surely dishonest to promote deregulation absent the dismantling of corporate personhood and monopoly central banking.

What about the rest? We mentioned there was an overarching theme to the article's analysis. The article approves of central bank activism and is scornful of the idea that printing an overabundance of money can be harmful and cause asset inflation. The article is also scornful of "austerity" and seems to imply that central banks can print whatever is necessary.

Finally, there are a number of memes the article mentions in rapid-fire succession. These include supply-side economics, tax cuts and the efficient market hypothesis. Also, self-regulating markets and rational investors.

What all these have in common is the assumption that the force of the state is necessary to rationalize a smooth-running economy. Markets cannot self-regulate but need the force or the threat of force to run properly.

Tax cuts can be deleterious to the economy because they deprive government of control and funding, etc. It turns out that almost all these memes reinforce state control and argue for internationalist empowerment.

We often point out that modern Western economies and what we call the Wall Street Party (for however long it lasts) are by now generated via various forms of state control and specially created state facilities.

Central banks, multinationals, self-regulating exchanges and regulation in general have all been leveraged by judicial and legislative action to contribute to fiat-money asset expansion. Whatever does not contribute to this sort of activity is treated as either incorrect or inconsequential.

The dividing line between what media gatekeepers argue is true and what is false involves what has proven most profitable to the globalist movement in the recent past – and actually, for at least the past century.

If you are in doubt about the values of modern Western society, just "follow the money" to elite havens and coffers.