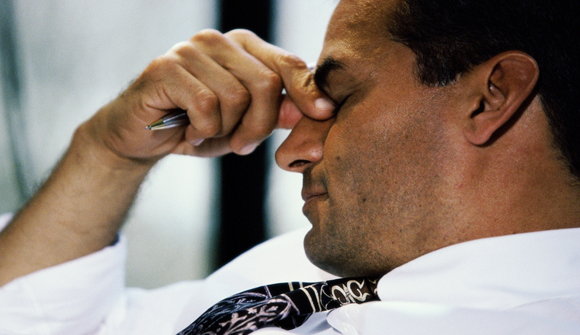 Free-Market Analysis: Years of protesting Monsanto's business practices may be having an effect. Monsanto is well known for various questionable business practices that result in lawsuits and often put significant burdens on small farmers who cannot afford continued litigation.

But last year, Peruvian farmers won a class action lawsuit against Monsanto based on its proclivity to attack farmers who unknowingly used its patented seeds. And Monsanto faces continued litigation on numerous fronts.

There were other reasons for the price slump, of course. The article tells us: "Farmers in South America and elsewhere reduced the number of acres they dedicate to corn. Monsanto said its business was also affected by reduced cotton planting in Australia."

The agriculture products company's revenue fell more than 8% to $2.87bn in the period, on lower sales of corn seeds and herbicide. Analysts expected $2.96bn, according to Zacks.

Earnings, adjusted to account for discontinued operations, came to 47 cents per share in the most recent quarter.

Even with the fall in earnings, the results topped Wall Street expectations. The average estimate of analysts surveyed by Zacks Investment Research was for earnings of 34 cents per share.

Monsanto shares have decreased nearly 3% since the beginning of the year, while the Standard & Poor's 500 index has climbed slightly more than 8%. The stock has increased slightly in the last 12 months.

The food conglomerate has been at the center of controversy over its genetically-modified seeds for some time, with the focus intensifying in the US last year with marches against the firm and a "Millions Against Monsanto" campaign.

Back in October 2014, GMWatch reported that while Monsanto was doing well, it "might not sail through the coming quarters with ease given a mounting anti-GMO backlash across the world."

The website reported on three lawsuits filed against competing agribusiness firm Syngenta over a genetically-modified seed variant it markets. The article also referred to a referendum that took place in Colorado on a measure regarding GMO-labeling laws in stores across the state.

As it turned out, Monsanto and fellow multinational Hormel spent millions fighting the Colorado measure demanding companies to label any food containing genetically modified ingredients. The measure was eventually defeated.

Nonetheless, campaigns like the Organic Consumers Association's "Millions Against Monsanto" are growing … and thus the backlash against Monsanto continues. OCA describes the campaign this way:

Challenging the Biotech Bully …The Millions Against Monsanto Campaign was started by the Organic Consumers Association in the mid 1990's to fight back against the biotech bullying of the infamous chemical company Monsanto, responsible for Agent Orange, PCBs, GMOs, environmental disasters and so much more.

For nearly two decades, Monsanto and corporate agribusiness have exercised near-dictatorial control over American agriculture. Finally, public opinion around the biotech industry's contamination of our food supply and destruction of our environment has reached the tipping point. We're fighting back.

Campaign activists are planning to attend the Monsanto shareholder's meeting on January 30. There, the "OCA, Moms Across America and others will … present both scientific evidence and mounting individual testimonials that glyphosate, the key active ingredient in Roundup, is making people sick."

A defeat in Peru, a narrow victory in Colorado and an upcoming contentious shareholder's meeting seem to indicate that Monsanto's business model is increasingly a challenging one. A lower profit margin seems to be reflecting that.

Monsanto itself is a kind of meme, a corporation run according to certain secretive principles. In the 21st century such business practices may be far less effective than in the 20th.