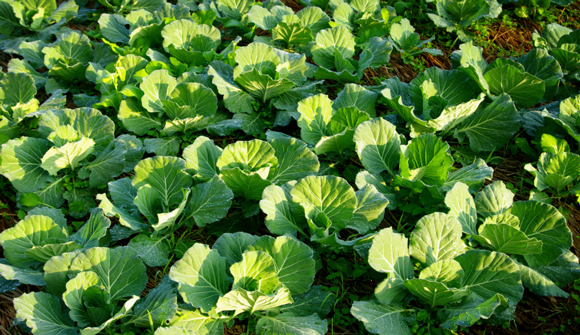 Should you buy organic food? Is it just a status symbol, or is it really better for us? Is it really better for the environment? What about organic produce grown thousands of miles from our kitchens, in countries like India? Is organic better than local? A lot of consumers who would like to do the right thing for their health and the environment are asking such questions. "India's Organic Farming Revolution" explores these questions, leading readers to rethink the politics of organic food. – Amazon.com

Free-Market Analysis: Actually, as this book shows, it is green farming that is not sustainable. In pursuit of our organic meme, we've been investigating the growth of organic farming, and came upon this just-published book that encapsulates the VESTS model. (Unfamiliar with VESTS? Gain a full understanding of this model in Anthony Wile's books High Alert and Financial Freedom, available for free download here.)

VESTS postulates that the globalist crowd uses various promotions to consolidate and expand internationalism. The idea is to build the international state.

The decision that the investor must make is whether or not the green model is viable in the long term or if other agricultural techniques like organic farming are going to replace the current paradigm.

Organic agriculture is a rapidly growing phenomenon in places like India. Over half a million organic farmers live in the country, the highest number of organic producers of anywhere in the world. India's organic exports are now part of a multi-million dollar global trade network, and American consumers can find several of these goods, including rice and spices, in their local supermarkets.

In the south Indian state of Kerala, farmers, activists, and policymakers are turning to organic farming the break away from the Green Revolution, a system of agricultural production heavily reliant on chemicals, and the cause of thousands of farmer suicides in the country. Kerala's example shows that when done right, organic agriculture can be good for everyone in our global food system.

In their debates about how to solve these problems, farmers, environmentalists, and policymakers drew on Kerala's history of and continuing commitment to grassroots democracy. In 2010, they took the unprecedented step of enacting a policy that requires all Kerala growers to farm organically by 2020. How this policy came to be and its immediate economic, political, and physical effects on the state's residents offer lessons for everyone interested in agriculture, the environment, and what to eat for dinner. Kerala's example shows that when done right, this kind of agriculture can be good for everyone in our global food system.

The news revealed in this last paragraph is startling, indeed. An Indian state has mandated that organic farming become the norm by 2020. This is certainly a signal times are changing.

Despite a lack of regular, mainstream coverage, the debate over green versus organic farming remains a simmering one and will doubtless become fiercer in the future. On one side are the inheritors of the Green Revolution – Cargill, Monsanto, etc. These multinationals intend to continue food modification techniques and believe them to be superior to less invasive but potentially less efficient farming approaches.

The organic approach features many age-old farming techniques and emphasizes practices that attempt to cultivate the land in a way that sustains it. Green practices emphasize change. Organic emphasizes continuity.

Within this context, a book focused on organic practices is surely a timely one. The author of the book is Sapna E. Thottathil, PhD, "an advocate of sustainable food systems … who has over 9 years of experience working on food and agriculture, from production to consumption and local to global, with a variety of stakeholders."

She calls on us to rethink the politics of organic food by focusing on what it means for the people who grow and sell it—what it means for their health, the health of their environment, and also their economic and political well-being. Taking readers to the state of Kerala in southern India, she shows us a place where the so-called "Green Revolution" program of hybrid seeds, synthetic fertilizers, and rising pesticide use had failed to reduce hunger while it caused a cascade of economic, medical, and environmental problems.

Farmers burdened with huge debts from buying the new seeds and chemicals were committing suicide in troubling numbers. Farm laborers suffered from pesticide poisoning and rising rates of birth defects. A sharp fall in biodiversity worried environmental activists, and everyone was anxious about declining yields of key export crops like black pepper and coffee.

These criticisms of green farming are often voiced and are reasons why the organic movement is increasingly well received. The idea of "natural" food naturally grown is a compelling one in a synthetic age where people feel helpless about food prepared for their consumption.

But before we get too carried away with the idea of "organic," we should point out that its opponents are in the process of redefining what organic means. This effort threatens to make the term irrelevant even as it is gaining popularity.

Additionally, the author of this book has a number of elite affiliations. According to her bio, she has "worked on environmental policy for multiple organizations, including the Environmental Protection Agency and Health Care Without Harm."

She has also attended Oxford University, received a PhD from the University of California at Berkeley and was the recipient of a Fulbright fellowship.

Such affiliations are impressive, of course, but at the same time they are subject to a variety of influences from multinational interests. Whether Ms. Thottathil is offering an independent view or is creating a kind of "controlled opposition" remains to be seen.

The potential creation of an organic-green dialectic is a further consideration for those apt to use VESTS as part of their investment process. Time will reveal more about this emergent meme.