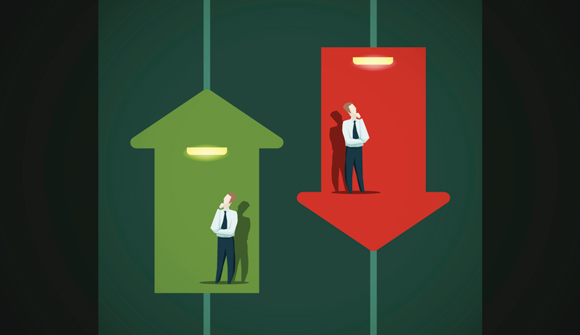 Agriculture, Coffee And Sugar: The Next Rally? … We discuss the long term bullish case for Rogers Agricultural Index ETN. 3 billion additional middle class consumers will support the demand for agricultural products over the next two decades. We discuss why Rogers Agricultural Index has been in a bear market since early 2011 and what is needed for the next bull market to start. We mention that coffee and sugar might be good investments already in the short term in light of the fundamentals … Jim Rogers has been very positive on agriculture and farmland investments. There are probably tens of interviews where he cites to be more bullish on agriculture than any other commodity … Was Jim Rogers wrong? … For those not familiar with Jim Rogers, he was among the most successful and famous hedge fund managers on Wall Street. Currently he is living in Singapore and travels across the world as a guest speaker at investment conferences. – Seeking Alpha

Free-Market Analysis: Jim Rogers is usually bullish on commodities but this article asks if Rogers was wrong. We've been lucky enough to interview Rogers numerous times and we understand his bullishness. But read Rogers closely and you will see that his analysis includes factors other than supply and demand – and these factors may be interfering with traditional or classical analysis.

Our stance would be that in a modern central bank economy it is not necessarily fundamentals that drive the market but the monetary economy itself and also, to a degree, what we call technocratic favoritism.

Let us define these terms. By the monetary economy we mean the fiat-money driven business cycle. An overabundance of liquidity in the modern era continually fuels booms and busts. Depending where you are in the business cycle, you can try to "time" your investments for maximum gain.

For instance, at what is evidently the "top" of a market, you wouldn't want to make massive investments in overbought equity. Likewise, you might find it productive to place money in certain sectors after a crash has winnowed the euphoria and brought prices down.

The same approach is at work with commodities. While scarcity, drought and other "real time" events may have an impact on agricultural and energy-based commodities, the fundamental driver of these prices in this day and age is monetary.

The other issue is what we call "technocratic favoritism" and has been especially evident in this latest market cycle when dotcom issuances have proven lucrative.

A cursory look at the alternative media and its reporting on some of the biggest dotcom issuances shows that US intel has been especially active. Both Facebook and Google reportedly had complex interactions with the CIA and perhaps with CIA-funded incubators as young companies before public issuances.

Through relentless exposure and positive press, these issuances were launched with extraordinarily lucrative IPOs. Even today, Facebook's advertising on the web is ubiquitous. This is what we mean by technocratic favoritism. It is the ability of elites to leverage issuances and investments during a Paper Bull such as the one that has been apparent in the past few years.

This sort of approach applies to commodities as well. One example would be oil. The price of oil has eroded precipitously and fracking has often been pointed to as the culprit.

But the technology for fracking has been around since the 1920s and there is probably another element at work. This would be the determination of Western elites to create an international currency by weakening the "petrodollar."

In order to weaken the petrodollar and the Saud family's control over it, there needs to be discoveries of oil around the world, and this is just what has been occurring. As the Sauds are weakened, their ability to enforce dollar denominated crude is also reduced.

The Saud family is evidently in distress, from what we can tell (hence the Yemeni adventurism), but Anglosphere alliances are often demanding ones – and in this case for good reason. As the dollar weakens. the possibility of an alternative, global currency becomes more feasible.

The price-action of commodities and issuances is surely dependent on more than supply and demand. Rogers himself indicated this in a 2014 interview at The Daily Bell regarding the oil price. (His explanation differs from ours, but is nonetheless one based on what we would call technocratic favoritism.)

Oil, which is the largest and most important commodity for everybody, is down. The Saudis are dumping oil because America told them to. America's having negotiations with Iran and a situation with Russia so they're trying to put pressure on both of them.

The Saudis are very happy to go along with it and cooperate because the Saudis are trying to do something about the frackers in the United States. If they can put some of them out of business or even cause problems in that industry it will certainly slow the fracking in the US. It is a fairly high-cost way to get oil and gas, and that will slow the huge new supplies of oil coming on-stream.

So the Saudis have an economic reason to do it and a political reason given the US is sort of their masters who tell them what to do and how to live life. From the Saudis' point of view it's understandable that they would do it and they are doing it. I don't know how long it's going to go on. And by the way, I certainly did not anticipate that this would happen because it's not based on economics, it's based on politics, and I didn't see it coming. That's what's going on with oil.

Supply and demand is a factor in commodities pricing but not the only one. As we have tried to show, the business cycle and extraneous policy entanglements can be powerful drivers of all sorts of raw and processed goods.

As the 21st century continues with all of its market tumult and elite manipulations, we would expect this trend to continue and strengthen. Here at The Daily Bell we will continue to provide underlying insights to clarify mainstream views and analysis.

In fact, another reason you'll be hearing a lot about Colombia in these pages over the coming months is because of the exceptional potential that exists for agriculture development, one area where we fully agree with Mr. Rogers … not that there are many on which we have a differing opinion. Being equatorially situated, the country is naturally blessed with one of the most desirous climates on the planet. With a wide variety of elevations and microclimates, the country is ideal for growing just about anything. At High Alert, we are evaluating and intend to participate in building cash-flow positive private business initiatives, and Jim Rogers recently joined Anthony Wile and other members of the High Alert team in Colombia to investigate the potential of this country to be a leading player in the global agriculture industry. Again … stay tuned.