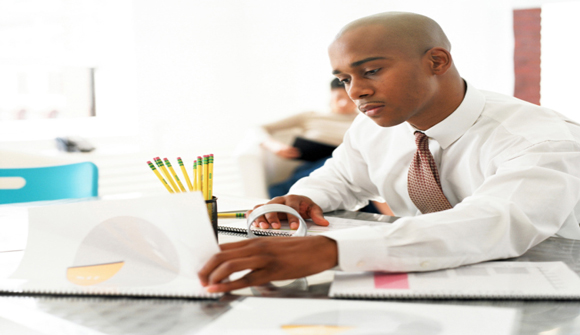 A recent, little discussed article about Russia's signing of US FATCA legislation contained a surprising confessionary note – and an important one.

It was reported he did not do so willingly – and indeed, the RT (formerly Russia Today) broadcast network presented the news in that context.

Here's part of the RT report:

FATCA requires foreign banks to provide information on American clients, who have over $10,000 in deposits, to the US Internal Revenue Service (IRS). If a bank does not comply; it can be subject to a 30 percent fine. Before client information is sent to America, it will pass through the Central Bank of Russia and other local financial or government agencies, which still have the right to keep the information private.

On June 30, just before the deadline, Russia signed a law that allows Russian banks to share the tax data of American clients with US tax authorities, but does not mandate participation. The law simply gives Russian banks the ability to work with FATCA while not making it obligatory.

So far, this is unsurprising. The report and Russia's dissatisfaction with FATCA didn't get a great deal of play in Western media, any more than the signing itself.

But not so fast. The final paragraph of the RT article reads as follows:

The head of the [Russian] authority believes that such mechanisms can exist, but should be multilateral. Originally Russia planned a bilateral information exchange with the US over FATCA after the law was passed in 2010 but the US Treasury Department suspended negotiations with Russia in March 2014 over the Ukrainian conflict.

This is an important statement! The stance of Russian officials initially was that information delivered to US taxing authorities should be complemented by an outflow of similar information.

And according to RT, this was not merely an expressed opinion but a topic that was being negotiated until recently. The Ukraine blowup that prompted Putin to annex Crimea was the act that led the US to sever negotiations.

Russia STILL signed the agreement, now unilateral, while grumbling about the conditions. And while banks' obligations are positioned as voluntary, most Russian banks may well comply.

This brings up a bigger point about the positioning of the West versus Russia and Putin. The alternative media in particular is apt to celebrate many of Putin's stances. We've published articles on this subject pointing out that while Putin and his regime are opposed to various Western gambits, Putin shares many modern tendencies of Western rule.

In this day and age, governments often seem increasingly authoritarian, no matter who is running them. Putin may stand in opposition to the West on some fronts but in many ways he wields the same sorts of authoritarian and quasi-authoritarian tools – monetary, fiscal and military – as those he wishes to confront.

Looking to 21st-century governments to cure current totalitarian tendencies is probably not sensible or realistic. The only determined opposition to what's going on these days, in my view, stems from a growing tide of informed populism, much of it generated by the alternative media, and libertarian outlooks in particular.

Even expanding freedom-oriented political movements such as UKIP or the Tea Party are apt to be bogged down sooner or later (or have already) in compromises and legislative realities that make them less forceful and effective than they might have been in principle.

This has been a point we've made repeatedly. People need to do what they can to help themselves, their loved ones and their local communities live freer lives "in an unfree world." This is the kind of progress that the alternative media is good at creating and that the Internet Reformation has proven so effective at allowing to spread.

We are, in fact, fortunate that so many share information on the Internet from a freedom-oriented standpoint. Today we can see free-market opportunities on numerous fronts, not least as it applies to the benefits of cannabis and the opportunity to create a whole new business as governments reluctantly allow people more latitude in terms of their own private behaviors.

And this brings me to my final point. A colleague of ours has recently been in the news over a couple of questionable "free-market oriented" business ventures; unfortunately, he is not the first and will not be the last who will have to face the challenge of trying to create enterprises that are "non-mainstream." It is not easy to do and the business environment the world over is not especially conducive to such ambitions.

This situation offers a perfect opportunity to consider the fundamental lessons I wrote about last year in my latest book, Financial Freedom, which is available for anyone to freely download. The lesson is this: Due diligence falls on the shoulders of each and every one of us. Look at what happened with Bernie Madoff. Millions of people put him on an (unwarranted) pedestal, trusted him and did no due diligence of their own, instead blindly accepting what he was peddling. The end result? Bernie's in prison and many have lost millions.

Personal responsibility always falls on both the entrepreneur and the investor. As someone who is actively involved in creating and supporting business opportunities with High Alert Investment Management, of which I am chief strategist, I understand the tremendous amount of work involved in initial and ongoing due diligence. We spend tens of thousands of dollars and many hundreds of hours investigating every aspect of an enterprise before we act. Even that doesn't guarantee the venture will be a success. It does mean, however, that we have done the best we can at investigating thoroughly, at asking the hard questions, at bringing in objective experts to investigate pieces of the picture that perhaps don't make sense as painted by those promoting the venture.

The bottom line is this: We accept our own responsibility associated with getting involved with any opportunity, in investing our money, heart and time, and we choose to do so only in ways that are synergistic with our own free-market, moral, ethical positioning. In other words, we only support ventures that support our ideology. Of course, we do not purport to be others' moral compass and encourage every individual to invest in only those ventures that are in line with their own personal ideologies.

Everyone has a responsibility to themselves and to those to whom they introduce potential investment opportunities, especially if that person is in a position of influence, and the Bernie Madoff debacle is a perfect example of this. In a free market, every individual is personally responsible to do his or her own due diligence, pure and simple. When projects fail, as they sometimes will, people inevitably forget that they have their own responsibility associated with choosing to become involved. Assessing blame is easy, but we must look at the harder question of whether we, as individuals, specifically asked the hard questions, demanded investigation into the answers that didn't make sense and truly conducted our own thorough due diligence.

I understand this firsthand, having been involved in numerous business ventures, some successful and some not. No one has a 100% hitting average. All we can do is step into the batter's box, hit the ball hard and try the very best we can to succeed – so long as we do so always with the best intentions. Win or lose, intentions are what matter. By the way … I really do not like baseball; it just seemed to be a fitting analogy.

But make no bones about it. If fraudulent misrepresentations or the willing suppression of valuable information from investors occurs in any venture, then clearly the entrepreneur is not someone with clean hands. This applies to anyone who wishes to accept the personal responsibility associated with heading up any business venture. People who are really interested in nothing but personal aggrandizement and wealth would probably have an easier time of it by aligning themselves with mainstream authorities instead of on the other side where this core principle of personal due diligence is integral.

I am not speaking out necessarily in support of any specific individual or group. But one thing I am sure of: Substantial and lasting change – positive, freedom-oriented change – will be generated by entrepreneurs and free-market thinkers building honest, for-profit enterprises that empower individuals and expand personal liberty. The Internet itself is surely playing a role in facilitating entrepreneurs' abilities to develop such opportunities.

There are indeed potential negatives for both individuals and investors in any venture, regardless of the perceived stature or elevated position on which the entrepreneur stands. Richard Maybury's Uncle Eric series of books make it clear that one of the most important lessons we can learn in life is to demand, "Show me the evidence." And the only way to really find the evidence is to do your own due diligence and ask the hard questions. Good entrepreneurs complete their own due diligence on a particular opportunity before introducing that opportunity to others, and provide others with avenues to likewise do their own due diligence. That's what good entrepreneurs do.

In fact, I have used the Uncle Eric books in teaching my children this critically important life lesson: Show me the evidence. Ask the tough questions. Pay attention to the risks. By asking the tough questions, one can oftentimes expose cracks in the foundation if they exist. In the end, in every case it is up to each and every individual to do their own due diligence before making any decisions – entrepreneurs and investors alike.

The chance for failure and public difficulties always exists. But we live in exciting times, and we need more people of boldness and vision. I for one welcome increased participation by such individuals. It's a trend that needs cultivating, not diminishment.

What I have observed here is what I wrote about in Financial Freedom. If this is a new or foreign concept for you, I encourage you to download my book and read it now. Learn how to obtain real financial freedom. That's why this book was written and the reason I have made it available for anyone to read at no cost. It is a critically important concept and I want every one of our readers to have the opportunity to experience true financial freedom.