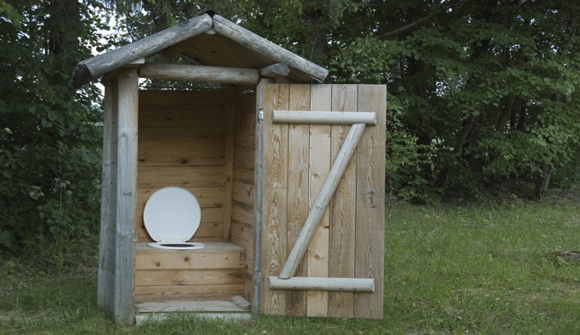 When progress trumps privacy … In 1890, two of America's leading legal minds, Louis Brandeis and Samuel Warren, published an article called "The Right to Privacy" in the Harvard Law Review. Scandalized by the rise of a gossip-mongering press that intruded on the lives of prominent citizens, they called upon the courts to recognize a "right to privacy." Their fear was that new technological and commercial innovations — in this case photography and the mass-circulation gossip rag — would cause the rich and famous untold mental pain and distress. As Stewart Baker observes in his provocative book Skating on Stilts, the substance of Brandeis and Warren's argument now seems rather quaint, as a gossipy news media has become a central part of our public life. In Baker's telling, "the right to privacy was born as a reactionary defense of the status quo." And even now, he argues, privacy campaigners often overreact against new technologies they fear but do not understand. Baker's argument has been panned in civil libertarian circles. – Reuters

Dominant Social Theme: We live in modern times and people simply have to discard the idea that government ought to be kept out of their private lives.

Free-Market Analysis: Think of government as a stern father or an understanding confessor. Reveal your most intimate secrets. It won't hurt. And it will help to forget that governments slaughtered something like 200 million people in the 20th century.

We're well on our way to comprehensive authoritarianism throughout the West, and yet still the world's bankers launch their promotional memes.

Homeland Security buys billions of rounds of hollow point bullets but this Reuters editorial wants to convince us that we ought to trust government with our deepest and most personal secrets because otherwise human progress itself will be jeopardized.

I'm torn on the question of whether the national security state has overstepped its bounds, and there are people I respect on both sides of the debate.

Civil libertarians like Ben Wizner of the American Civil Liberties Union and Julian Sanchez of the Cato Institute see the new Leahy-Sensenbrenner USA FREEDOM Act– which would end the dragnet collection of Americans' phone records under the PATRIOT Act, and limit other surveillance — as an important step towards reining in a bureaucracy run amok. Baker fears that it will cripple the ability of U.S. intelligence officials to prevent future terror attacks.

I couldn't tell you which side is closer to the mark. What is increasingly clear to me, however, is that privacy concerns are limiting our ability to flourish as a society for reasons having nothing to do with NSA surveillance.

The Food and Drug Administration recently ordered one of America's most popular consumer genonics firms, 23andMe, to cease selling and marketing its direct-to-consumer DNA test on the grounds that it is a medical device subject to FDA approval. The FDA's case seems pretty flimsy.

… The reason this matters is that 23andMe represents just the first step of the coming consumer genomics revolution. Recently, Razib Khan and David Mittelman outlined the future of consumer genomics in a short article in Genome Biology. First, Khan and Mittelman expect that startups like 23andMe, which offer consumers basic information about their ancestry and genealogy, to grow more popular as the costs of their DNA tests continue to plummet.

Then these vast databases will be used to yield real scientific insights, as biomarkers record how we respond to the food we eat and the activities we undertake, and this data "is intersected with millions with varying levels of genetic relatedness and lifestyle." The result will be "a perpetual stream of novel insightful predictions," and Khan and Mittelman see this future as all but inevitable. Yet for this future to become a reality, consumers will have to grow more comfortable with sharing their personal medical data.

… It's not just a desire for medical privacy that's getting in the way of progress. U.S. higher education institutions have fought tooth and nail against efforts to build a unified database of "student unit records" — collected throughout a student's educational life, and anonymized – that can allow taxpayers, parents, and students to see how different kinds of students have fared at different colleges and universities.

… The question is whether we should put privacy ahead of the goal of building a more efficient and equitable higher education system. Privacy matters. But so do the things we give up when we let the fear of invasions of privacy stymie the development of promising new technologies.

Okay, let's take this argument one point at a time.

Each of these points argues for "trust" in government. But, as we stated above, trusting government is not generally a good idea; it is an especially bad idea in the 21st century when the globalists – panicked by the Internet – are evidently and obviously getting ready to take increasingly rash action to regenerate control.

The idea that one ought to sacrifice liberties in order to facilitate the "war on terror" is a kind of virtual canard that we have dealt with elsewhere. (See other article, this issue.) There are lots of questions about the war on terror, beginning with its legitimacy. 'Nuff said. We won't repeat.

When it comes to medical privacy, the rebuttal is equally simple. Western medicine is a kind of failing paradigm. The idea that people need to give up privacy in order to facilitate it would make more sense if we had more faith that what is to come will be any better than what has already taken place.

Poisonous vaccines, generic diabetes, endless obesity, medicines with "side effects" that make you sick … etc. There is, in fact, an argument that those in charge of the Western paradigm of medicine – a surgical one – have in mind using some of its facilities to REDUCE population.

This is surely not an industry that one in aggregate wants to encourage. If its glorious future is anything like its past or present, we'll take a pass.

And finally there is "higher education." The global elite has created a seamless cradle-to-grave educational and employment system that supports current economic facilities, chief among them central banking.

The world would look much different without central banks. Numerous industries would be less pervasive. Local agriculture would be far more popular. The military-industrial complex would be a shadow of itself. Wall Street would have withered.

Certainly, the profligate blight of "higher education" – designed to provide warm bodies to a variety of industries that would not exist without endless gouts of money-from-nothing – would be pruned considerably were the bankers not in charge.

Probably apprenticeships would return. The spectacle of children spending 12 years in school without learning how to read would be considerably diminished.

The most important reason that the top elites want to be able to identify as much as possible about children in the system is because they want to skim the cream of the litter for their exclusive educational and vocational programs.

That's the reason for so much testing, and why the tests take place at earlier and earlier ages. The most mathematically adept among us are selected as early as grade school now and fast-tracked in elite programs that lead to Ivy League schools in the US and places like Oxford in the UK.

These are "tomorrow's leaders." The less privacy available within an educational context, the easier it will be to select numerically adept individuals for purposes of creating a greater globalism.

You see? A lack of privacy is a nutrient of internationalism. Reuters, also a facility of globalism, naturally argues that privacy is passé.