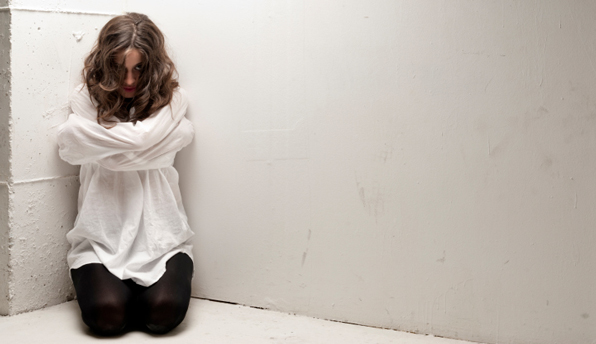 The Christian Science Monitor has published an attack on marijuana legalization entitled, "The real marijuana story."

The cut line explains, "The common assumption that it's a harmless drug is challenged in a prominent medical journal."

That medical journal is the New England Journal of Medicine, a publication that itself has seen controversy. Here's a little on those difficulties from an early 2000s article posted at Progress.org:

The American Medical Association, publisher of the Journal of American Medical Association, was stung by criticism … after it inked a 5-year endorsement deal to give its seal of approval to Sunbeam Corp. health care products. The New England Journal was [also] chastised in December 1997 because the author of a book review, who panned a book critical of the chemical industry, turned out to have ties to the industry.

Ties to Big Pharma are rife in modern medicine and, obviously, the New England Journal of Medicine hasn't been exempt. In fact, one could argue that this article in the Journal is a kind of pharmaceutical pushback against an herb – a medicinal plant – that has been utilized in myriad ways for thousands of years.

When Big Pharma's profits are threatened – and cannabis surely threatens them – then the big guns are called out. And the Journal is one of the biggest.

Here's an excerpt from the Christian Science Monitor article detailing the Journal's report:

A report titled "Adverse Health Effects of Marijuana Use" from the National Institute on Drug Abuse, part of the federal government's National Institutes of Health, summarizes the latest research into marijuana use.

Let's consider these points one at a time, not granting that I'm convinced of the veracity of this "research" to begin with.

• Assuming the link between marijuana use and quitting school is valid, which has not necessarily been established, is it really harmful to drop out of school, especially out of public school? One doesn't need to learn via the history, mathematics and reading programs of modern public education to become educated. There are plenty of private plans and self-instruction programs that can do the job.

Also, we know from historical narratives that the fundamental reason for modern grade-school education was originally to prepare students for war, and then later to socialize them for industrial work. Fewer than 20 percent of New York City high school graduates are said to be able to read or write with much competence.

• Marijuana is said to reduce IQ and affect short-term memory. But IQ is a terrible indicator of a person's real intelligence. And as far as short-term memory goes, I wonder how convincing the research really is. Short-term memory might be reduced while one is actively under the influence of cannabis, but that apparently depends on the THC:CBD (cannabidiol) ratio of the strain smoked. (See British Journal of Psychiatry: "The results suggest that cannabidiol can mitigate THC's interference with memory formation.") When it comes to long-term effects on memory, various researchers have arrived at differing conclusions.

• DUI: Marijuana may indeed impair a person's driving abilities, though not nearly as much as alcohol. If the choice is between the two, one would probably opt for cannabis. A February 2014 article in the New York Times stated: "Evidence suggests … that we may not have as much to fear from stoned driving as from drunken driving. … Still, it is clear that marijuana use causes deficits that affect driving ability… several researchers, working independently of one another, have come up with the same estimate: a twofold increase in the risk of an accident if there is any measurable amount of THC in the bloodstream. The estimate is based on review papers that considered the results of many individual studies. The results were often contradictory – some of the papers showed no increase in risk, or even a decrease – but the twofold estimate is widely accepted."

• Cannabis is said to be "addictive," promotes criminality and serves as a gateway drug … This reads like a script to one of those old anti-marijuana movies. Yes, marijuana can be abused like any other drug – like a number of other non-drug items, including foods, tobacco and, of course, alcohol. If people want to abuse something, they will do so, but that doesn't mean the substance itself is to blame. In fact, it is the illegal drug dealers who are the "gateway" to other drugs… not marijuana itself. These statements seem to be confusing cause and effect.

The article concludes as follows:

While medical use of marijuana was not the subject of the analysis, it did note that there also is "limited evidence" in the data to suggest a medical benefit, despite some physicians who "continue to prescribe marijuana for medicinal purposes."

The early months of Colorado's experiment to legalize marijuana show little to contradict these findings – and little to encourage other states to join in.

Concerns over possible physical harm from marijuana use should be taken seriously. But perhaps the most heart-rending conclusion in the study associates marijuana with "lower satisfaction with life."

A life not dependent on a drug such as marijuana that clouds thinking is a life that is freer and fuller. As with alcohol and tobacco, the two most popular legal drugs, the supposed pleasures of marijuana are ephemeral, the lasting effects most often dissatisfying and destructive.

What's especially obnoxious about these conclusions is that they argue marijuana "damages lives" but ignore the devastating effects of long-term incarceration on the individuals and families swept up for non-violent criminal violations into the West's massive penal-industrial complex.

The Bureau of Justice Statistics reports, "Drug offenders accounted for 50% of the male federal prison population and 58% of the female federal prison population in 2012." At the state prison level, approximately 17% of prisoners (223,000 people) in 2011 were being held for drug-related charges – even after a 27% decline in incarcerations for drug related charges over the five years to 2011 – with 8% of all new state admissions that year for drug possession charges. Of course, this doesn't take into account those held in city or county jails, mental health centers or juvenile facilities, nor even begin to consider the percentage of the 4.8 million Americans who are on parole or caught up in lengthy and very costly probation programs for drug possession charges.

The pharmaceutical industry itself is built around gaming the legal system. Since it's impossible to patent a plant, Big Pharma is constantly researching the effects of various natural substances with an eye on reproducing synthetic versions, which can be patented. These synthetic renditions almost invariably produce effects not noted in the natural version and characterizing them as "side effects" is merely a euphemism. An impact is an impact.

One could write a book about such effects, and the chances are that research would find many more destructive incidents associated with synthetic pharmaceuticals than with cannabis. (Vaccines, too.)

There is plenty of evidence that prohibition doesn't work and that the blight from those kinds of policies – as well as the individual and familial ruin – is considerably worse than the item being prohibited. Of course, the pharmaceutical companies that are doubtless supportive of "studies" like this don't care about the larger social costs. They'll keep fighting this wave of cannabis legalization with selective arguments of a scientific nature.