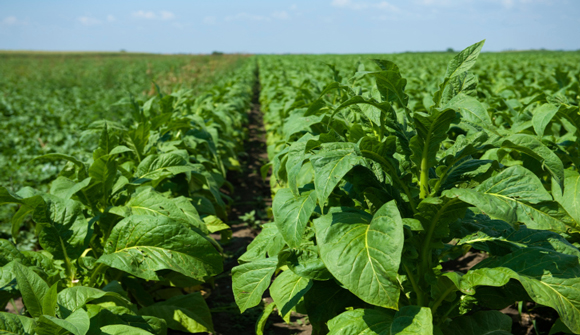 Big Tobacco's Future: Big Pot … You may like technology (who doesn't these days) or the energy sector (where would we be without it) – but if you're making a long-term bet as an investor, there's a lot going for Big Tobacco. It's not just that tobacco boasts the best historical performance of all U.S. industries. The industry's future seems especially bright. As marijuana gradually becomes a legal drug, Big Tobacco is poised to dominate the market. – Bloomberg

Dominant Social Theme: There's not a lot of money in pot?

Free-Market Analysis: For the most part, the alternative media has led the way when it comes to defining the parameters of the cannabis industry and its potential profits.

As decriminalization and legalization have evolved, however, we've seen more articles like this one posted at Bloomberg.

In fact, this article will be recognizable to readers because it treads ground we've mentioned before, specifically about Big Tobacco and its ability to leverage its resources in a push to participate in the emergent cannabis industry.

According to the 2015 edition of Credit Suisse's Global Investment Returns Yearbook … a dollar invested in tobacco in 1900 would have turned into $6.3 million by the end of 2014, by far the best performance of all the industries that existed at the start of the 20th century …

Despite governments' efforts to get people to quit smoking, a lot of them still do, and they represent a stable core market for Big Tobacco. In the U.S., for example, 20.9 percent of adults smoked in 2004 and 19 percent still had the habit in 2011. Markets for addictive products are less susceptible to economic crises than any others, and – in part because they're so politically toxic – they are less bubbly. So investors tend to get a steady return.

Right now, the industry is undergoing a vaping revolution. A Bloomberg Intelligence analytical report from last December predicted sales of vapor products in the U.S. could climb 44 percent to $2.6 billion this year. So far, much of that market has been in vaping liquids and the e-cigarettes that use them, but that technology is growing obsolete.

The article explains that a "heat not burn" vaporizer delivers nicotine with less smoke. It's an attractive delivery mechanism already made by many smaller manufacturers and commonly used by marijuana users. Tobacco companies, such as Philip Morris and Reynolds, "have made it clear they're intent on catching up."

What the article also points out is that this sort of larger-scale propitary vape technology can be shifted to the cannabis market when Big Tobacco makes its move. The technology is fungible and transferable.

This is just one way that tobacco companies are positioning themselves for the inevitable: An expansion into what will surely be a lucrative additional market.

It's all low-key, of course. Cannabis is still illegal in many places and Big Tobacco is never far away from inciting yet another controversy.

But sooner or later the push will begin. The article cites a 2014 paper entitled "Waiting for the Opportune Moment: The Tobacco Industry and Marijuana Legalization." The paper, in part, made the point that cannabis users were a natural extension of Big Tobacco's current customer base.

Big Tobacco has the know-how, contacts and distribution system in place; these need only be leveraged to create what would soon become a booming business. Patents for vaporizers, vast laboratories to turn out new products and automatic dispensers can all be brought to bear rapidly. Big Tobacco won't have to work hard to reach critical mass in an industry that is quite similar to the one it already operates.

The paper does seem to go off-track, as the article mentions, when it accuses marijuana activists of not considering how powerful the entrance of Big Tobacco might be. Big Tobacco, it notes, "can do it better than the tiny companies that have attracted the early marijuana investment into their penny stocks."

In fact, that's just the point. The reason to be "in early" to an industry like this is because that's the way US capitalism works. Large corporations inevitably outmuscle small ones. In this case, the smaller ones are busy grabbing up all the market share they can.

Many know they will not survive, but that's part of the plan. The rollups may be lucrative, indeed. And there is always the chance emergent market niches will allow some of the smaller companies to survive regardless.

This sort of business plan is the template of those in the marijuana market now. Eventually, even Bloomberg journos will discover that there has been a great deal of easy money taken off the table by the savvy entrepreneurs running the "little companies."

Big Tobacco will doubtless reap tremendous profits going forward as the industry expands into cannabis. But the first wave of profit will belong to those who have already positioned their companies to catch the wave that is yet to come.