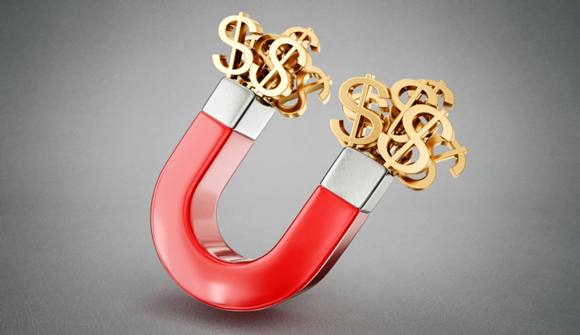 Fortune Investors buzz for marijuana-related businesses … Marijuana-related businesses are like most others: They need money to get off the ground, pay the bills and expand. Until recently, money from legitimate sources was tough to come by. But with more states legalizing pot, big investors are starting to open their wallets and fork over piles of cash. On Wednesday, a medical marijuana consulting and marketing firm plans to announce that it has raised $3.75 million from investors. The company, MedMen, says it's the largest-ever investment in a cannabis management company. The claim could not be verified. But it does highlight how institutional investors are warming up companies that have their toes in the pot industry. – Fortune magazine

Dominant Social Theme: This cannabis market is just a flash in the proverbial pan.

Free-Market Analysis: With so much going on in the fledgling cannabis industry it's difficult to know where to look next. But one of the big trends just getting underway surely has to do with growing institutional interest in the marijuana market.

This is a predictable evolution of an expanding, increasingly rationalized industry. The article excerpted above focuses, logically enough, on MedMen, one of the first cannabis companies, according to Fortune, to successfully focus on participation by institutional investors.

"Institutional capital has been circling for a year now, but they've just been circling," says Adam Bierman, cofounder and managing partner for MedMen. Larger investors have typically proven wary of the stigma attached to investing in cannabis companies – particularly those that "touch the plant," as Bierman says, as opposed to ancillary businesses.

MedMen helps clients obtain licenses for dispensaries and cultivation facilities and then advises them on how to design and manage those operations. Since its founding in 2007, MedMen has helped more than 100 medical marijuana businesses get up and running. But MedMen, based near Los Angeles, had yet to take on a major capital infusion from an outside investor.

NSquared, a family office that typically invests in the healthcare industry, put up the bulk of the $3.75 million financing with less than $1 million coming from a handful of individual investors. MedMen already had a relationship with the Miami-based investment fund thanks to some consulting MedMen had done for NSquared when the fund was considering applying for dispensary licenses in various states.

The NSquared investment may be seen as a significant step forward in the cannabis maturation process. But according to Fortune, there are other funds involved as well.

Fortune has noted the involvement of investment funds such as Privateer Holdings, which invests only in ancillary cannabis companies and recently raised $50 million to plow into the industry. Iconic pot magazine High Times has even gotten in on the game, founding an investment fund that hopes to raise up to $300 million to spread around the industry.

And then there's Warren Buffet's Berkshire Hathaway, which goes unmentioned in the Fortune article but which is notable nonetheless. A news release from AVT, Inc. reminds us that a subsidiary, Cubic Designs, Inc., makes platforms that maximize floor space in warehouses and has recently sent fliers to marijuana dispensaries with offers to help them expand the number of plants they can cultivate. We wrote about this in September.

The point of the AVT release is that investments in cannabis as well as the marketing of cannabis to both companies and consumers are becoming increasingly normalized events. The press release goes on to quote a report in Marijuana Investor News regarding a growing acceptance of marijuana.

"Not too long ago, this kind of effort was unfeasible for a major corporation," the report stated. "It has become much more acceptable in the United States. Colorado and Washington have legalized the drug for recreational use, and Alaska and Oregon will be joining them in 2015. On top of that, marijuana is legal for medical use in 23 states."

James Winsor, CEO of AVT, Inc., commented that when Warren Buffet invests in an industry, the world takes notice. "Buffet is currently the third richest person in the world, an accomplishment made by finding growth opportunities in industries and companies such as Dairy Queen, See's Candies, and Coca-Cola," he said. "With the marijuana industry growing rapidly and gaining both acceptance and momentum, there are tremendous opportunities for companies that supply products, services, and technologies to this market."

There's no doubt the industry is continuing to mature at a rapid rate. Institutional money is taking notice along with subsidiaries of industry leaders like Berkshire Hathaway.

The tide of decriminalization and legalization has continued to mount not just in the US but elsewhere, as well. Just yesterday we identified at least four countries in South America alone where marijuana's changing legal status would make the availability of the plant a good deal more convenient.

There are many reasons for the cannabis trend, and we've tried to identify them and also to establish their longevity. The attraction of institutional money is yet another cannabis milestone – and one worth watching.

It won't be the last.