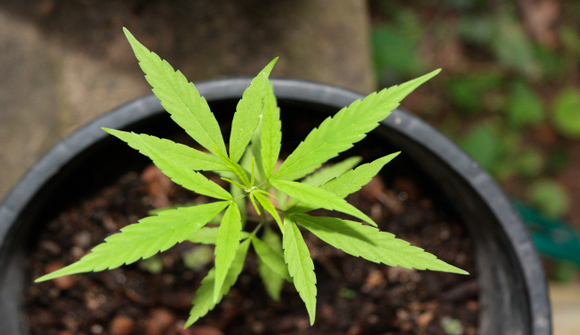 The Government Wants to Buy 12 Acres of Marijuana – for Research …The NIH is looking for pot farmers. An arm of the National Institutes of Health dedicated to researching drug abuse and addiction "intends" to solicit proposals from those who can "harvest, process, analyze, store and distribute" cannabis, according to a listing posted Tuesday night on a federal government website. – TIME Magazine

Dominant Social Theme: It's perfectly natural for the US federal government to cultivate cannabis.

Free-Market Analysis: It is really astonishing to contemplate how far we have come in the past few years since decriminalization of cannabis exploded onto the world scene. And since the legalization of cannabis in Uruguay, conversations and actions concerning the "mainstreaming" of cannabis have been steadily expanding.

Nowhere is the difference more noticeable than in North America – in both the US and Canada. A steady stream of initiatives, at both the state and federal levels in the US, is gradually undermining the monolithic criminality that used to inconvenience and oftentimes incarcerate users and dealers alike.

A successful bidder must possess a "secure and video monitored outdoor facility" capable of growing and processing 12 acres of marijuana, a 1,000-sq.-ft. (minimum) greenhouse to test the plants under controlled conditions, and "demonstrate the availability" of a vault approved by the Drug Enforcement Administration (DEA) and the Food and Drug Administration to maintain between 400 and 700 kg of pot stock, extract and cigarettes.

… The NIH's National Institute on Drug Abuse (NIDA) is looking for growers who have the capability to develop plants with altered versions of tetrahydrocannabinol (THC), the main psychoactive component of pot, and cannabidiol (CBD), which is known for its medicinal properties.

NIDA "anticipates" awarding a one-year contract with four one-year options, according to the posting. The vendor would also have to register with the DEA to research, manufacture and distribute cannabis … There are 18 states that have decriminalized pot, 23 states with laws allowing access to medical marijuana, and two states – Colorado and Washington – that have legalized the drug for recreational purposes …

This last point would be noteworthy even if the US federal government didn't anticipate continuing its own research programs. In previous articles, we've reported on the Justice Department's decision not to challenge state laws regarding cannabis – and there are more and more states it seems, as well as the District of Columbia itself, that the Justice Department must leave alone.

It's true that at the federal level, cannabis remains nominally criminalized and classified as a Substance I (high potential for abuse, no known medical value) dangerous drug, but given the increased sentiment for medical marijuana and even outright legalization, federal legislation itself is likely to be changed at some point.

In Canada, that process seems well underway, as well, and has been for at least a decade now. While much of the expanded sentiment for decriminalization of cannabis has occurred recently, NORML has taken the time to remind us that even at the political level, there was considerable pro-cannabis sentiment long ago.

Here's part of a September 4th press release from The National Organization for the Reform of Marijuana Laws in Canada (NORML Canada) entitled, "Canada commemorates the 12th anniversary of 'Cannabis: Our Position for a Canadian Public Policy' ":

This report should be consulted by anyone, especially politicians, wishing to have an informed opinion on cannabis policy. Like previous high-level analyses, the 2002 Report of The Senate Special Committee On Illegal Drugs found that "the continued prohibition of cannabis jeopardizes the health and well-being of Canadians much more than does the substance itself."

The comprehensive review of drug policies called on the government of Canada to "adopt an integrated policy on the risks and harmful effects of psychoactive substances covering the whole range of substances including cannabis, medications, alcohol, tobacco and illegal drugs, focusing on educating users, detecting and preventing at-risk use and treating excessive use" rather than relying on demonstrably ineffective punishment and criminal stigmatization.

… NORML Canada does not endorse greater use of cannabis, nor less. We believe, as the Senate Committee did, that Canadian adults should have the right to make their own informed decisions on their own behaviour.

While the Canadian Senate committee's final report was published over a decade ago (and can be read here), a plethora of relatively recent initiatives in both Canada and the US are changing the scene when it comes to cannabis. An article in Breitbart.com makes the trend clear. Entitled, " 'Golden Era of Commercialized Cannabis' in California," it points out that the roots of this key industrial state in terms of its emergence onto the cannabis scene go back not one but two decades.

It has been nearly 20 years since California passed Proposition 215, the landmark bill that created the nation's first medical marijuana market. Since that time, 22 states and the District of Columbia have joined California in putting medical marijuana laws on the books, and two states, Colorado and Washington, have made marijuana fully legal for "adult" or "recreational" use.

Now, California appears ready to enter into a "Golden Age of commercialized cannabis," with sales predicted to explode tenfold over the next five years, according to Silicon Valley News and marijuana research firm The ArcView Group.

"Once the medical marijuana industry is legalized statewide, and you legitimize the entire production and distribution of medical cannabis, the business will explode and the state would collect $400 million a year or more in sales taxes," Nate Bradley, executive director of the California Cannabis Industry Association, told Silicon Valley News.

The ArcView Group's report estimates that the legal marijuana market will be worth $2.6 billion this year, up from $1.3 billion in 2013. By 2019, when "recreational" use will likely be legalized, research indicates the market could be worth as much as $10 billion a year.

According to the report, analysts believe Colorado's legal weed market is already worth about $253 million. That would be roughly the same amount of money generated strictly by the Bay Area marijuana market alone, according to the estimates of Dave Hodges, who manages the All American Cannabis Club in San Jose.

Dave Curren, a former Intuit engineer and the owner of Green Bits, a startup offering inventory management to legal pot shops, told SV News that now is the time to get involved in the industry. "2016 will be the deciding year," he said. "But it's amazing how much stuff is happening in this space right now. If the momentum continues, this is going to be really big."

The article does acknowledge that there is still considerable pushback from law enforcement, but then concludes on a hopeful note, pointing out that "fresh startups and entrepreneurs are lining up early to claim their corners of the business."

A startup called "Eaze," for instance, promises to be the "Uber of pot," providing home delivery for medical marijuana. "Weedly" offers a "Yelp-like experience, where users can read reviews and preview marijuana menus from their favorite dispensaries." There's even a cryptocurrency that can help facilitate cannabis transactions in the absence of bank assistance.

Another important point: As North America gradually rationalizes cannabis opportunities within a mainstream context, the rest of the continent will gradually become involved. Outlier Uruguay is already on its own path but other Latin American countries will no doubt follow along.

It's simply a fact that the best growth and production will come from countries like Mexico, Brazil, Colombia, etc. – and the cannabis that will surely flow from these countries sooner or later will further energize an already vibrant entrepreneurial community.

The "golden age" of cannabis may soon arrive in California, as the Breitbart article predicts, but there is a larger golden age now developing that will lift this emergent industry much higher still.

The trend is just beginning.