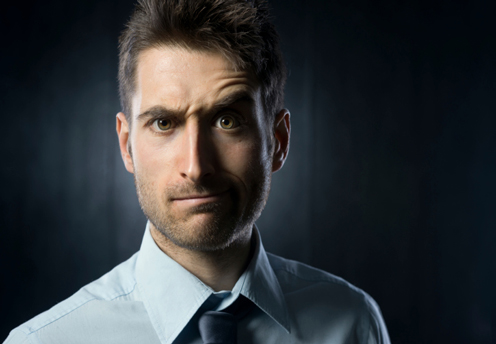 People Are Still Being Prosecuted for Legal Marijuana. Obama Hasn't Pardoned One of Them … When Robert Duncan got laid off from his job in T.V. production and a friend offered him a gig at a medical marijuana dispensary in northern California, he paid a lawyer $800 to review the company's operations and make sure the outfit was on the right side of state law. The lawyer told him he had nothing to worry about. A year after Duncan took the job, the Obama administration decided to crack down on the nascent marijuana industry—which is still illegal under the federal code. Duncan, whose story appeared on The Huffington Post this morning, got two years in prison after spending an estimated $30,000 in legal fees; the owner of the company got five; and the director got three and a half. – New Republic

Dominant Social Theme: The US administration is dead-set against legal marijuana.

Free-Market Analysis: You might think from the way the Obama administration is treating certain individuals involved with marijuana that he intends to fight against legalization as hard as possible.

You might think, therefore, that what seems to be a promising groundswell of support to repeal cannabis prohibition is going to go up in smoke. If the administration is so strongly against it then surely it will not progress. After all, Obama is STILL putting people in jail for setting a dried plant on fire.

Given the tenor of the times, it makes no sense. Why is a young man going to spend two years in a federal penitentiary for being a salaried employee of a small growing operation in California where medical marijuana is LEGAL?

Marijuana was obviously a large part of Obama's younger school life. He even was part of a gang, apparently, that regularly used a van to ride around in while smoking joints. But now he's sent many people to prison and the incongruity and unfairness only grows as the decriminalization sweeps the land and indeed the world.

Duncan and his colleagues join hundreds of other people who have been sent to jail for selling pot in full compliance with state law.

Here are five facts about the Obama administration's war on medical marijuana.

He reversed his position in 2011. At first, the administration pledged that it would only go after dispensaries "who violate both federal and state law," as Attorney General Eric Holder put it in 2009. Shortly thereafter, that sentiment was codified in the Justice Department's infamous "Ogden Memo."

But in January 2011, the president nominated Michele Leonhart, who Tim Dickinson at Rolling Stone calls "a holdover from the Bush administration" and "an anti-medical-marijuana hard-liner," to head the Drug Enforcement Agency (DEA). She revised the administration's stance on pot and went on the offensive.

Obama is tougher on pot than Bush. Obama's administration brought 153 medical marijuana cases in its first four years, according to a June 2013 study from the National Organization for the Reform of Marijuana Laws (NORML). Bush brought 163 in eight years.

At the time of the study, Obama had not granted a single pardon or clemency petition to a medical marijuana defendant. Over 335 defendants had been charged with federal medical marijuana crimes in states where its sale was legal, and 158 had gone to jail.

The war on pot has cost $300 million. In the first four-and-a-half years of Obama's presidency, he spent $289 million on combatting medical marijuana and prosecuting people like Robert Duncan, according to a report from the pro-medical marijuana group Americans For Safe Access. That's four percent of the DEA's 2011 and 2012 budgets.

Legal pot will be a $10 billion industry by 2019. The legal marijuana industry was worth $1.4 billion in 2013, and a recent report by The ArcView Group projects it will hit $2.3 billion in 2014 and $10.2 billion within five years. "This is the next great American industry," said the market research firm's CEO Troy Dayton.

Pot is more popular than Obama. The majority of Americans—58 percent—think marijuana should be legal, according to an October Gallup poll. That number spiked ten points in just a year. Obama's rating trails at 46 percent.

We can see from the above just how crazy Obama's stance on marijuana actually is. It's like he's fighting against legalization every step of the way.

We'd argue this is just one more example of how controlled the political system actually is. It's "clear as day" to us that the power elite has decided on the legalization of marijuana not just in the US but around the world.

It is just as clear that Obama has an assigned role to play. We are not to identify the underlying reality of the coming legalization. The dominant social theme is to be one of confusion and tension.

Will cannabis be decriminalized? Won't it? Which forces will prevail?

It's just like so many other dramas being played out on the world stage. For instance, we are asked to believe all of a sudden that Japan and China are mortal enemies once again. Or that the world will now be shaped by a dynamic that pits Russia and China against the US.

Of course, it is possible that war can be created out of these faux rivalries, but even the wars – horrible as they are – are nothing more than a kind of directed history, just as "war is politics by other means."

And meanwhile, as a feedbacker pointed out yesterday, the UN's 'Post-2015 Development Agenda' is being developed by ALL the world's most important nations. Somehow enmity stops at the door when it comes to expanding global governance.

Here from the Canada Free Press:

While it sounds like Science Fiction, it is harsh reality. In this fast-coming alien New World, only presidents and kings and their families and staff will remain free of UN-sanctioned encampments called the "micro apartments" of Agenda 21. National borders will be a thing of the past and no nightmare scenario depicted in any non-fiction book or movie comes close to life without individual rights.

The country Pooh-bahs most responsible for coming UN entrapment of human society are the U.S., Britain, Russia and China. While the leaders of some other nations are in on the act, they are its bit players.

… This is the plan in a nutshell: the inexorable creation of an all-encompassing new set of "sustainable development goals" for the planet that will require an outlay of trillions of dollars on poverty and the environment; a radical reorganization of economic production and consumption—primarily in rich countries—and mammoth funding for a newly-energized war on climate change.

What it all boils down to is the UN is putting the wraps on a "profound transformation" of human society and plots to "dramatically alter" your views and behaviour so that you won't find it necessary to fight it off.

These are the sorts of challenges that humanity faces in the 21st century. But we are mesmerized by dialectical dramas that seem to pit ideologies and leaders against one another.

In truth, the observation of this dialectic makes us more certain than ever that change is coming. One morning federal opposition to marijuana will simply crumble. We will rub our eyes and see it for what it was: more directed history.

You can see another article on this issue here: "Directed History of the Marijuana Meme."

We wrote: "What is clear to us is that this is … an international movement that as of now has the endorsement of the world's shadowy, unofficial government."

Powerful forces apparently want marijuana to join the mainstream and Obama's apparent opposition is no more than a smoke screen.

We recognize directed history when we see it. The dialectic doesn't fool us anymore.