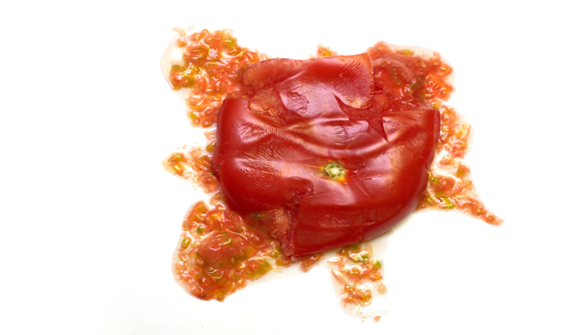 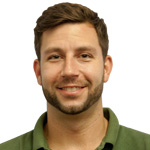 Not since the 16th century, when the tomato was widely believed to be poisonous, has any plant been draped in as much misinformation as cannabis. After battling the anti-cannabis propaganda for the last decade, I'm getting a little weary of hearing it echoed again and again by people who've never taken the time to learn even the basics about this marvelously complex plant and the array of medical benefits it can deliver.

One thing is for sure: Cannabis was vilified years ago by forces that, for whatever purpose, wanted to make the plant unacceptable to the public for any use at all, whether medical or recreational. I can't claim to have a clear picture of all the interests and motives at work in the cannabis controversy, but it's clear that the stakes, including money and power, are high.

For the better part of the past hundred years, the world has been fed a tale of cannabis as the ruination of mankind. Cannabis, a plant, was eventually lumped together in the public's mind with refined, concentrated drugs such as cocaine and heroine. And sadly, a lot of people have accepted the fiction that this plant, which is beneficial in so many ways, is no different from the most addictive and destructive manufactured drugs on the planet.

An outright fraud has been committed against humanity. Through deception and the promotion of a baseless fear of addiction (even the potential for "psychological dependence" on cannabis is a matter of debate among scientists and addiction counselors), the use of a life-enhancing plant was turned into a crime. Dissenters were pretty much silenced. Even worse, fraud kept the valuable medicinal benefits of cannabis out of the reach of hundreds of millions of people whose suffering from a long list of ailments – including epilepsy, depression, Parkinson's disease, chronic pain, nausea and sleep disorders – could have been alleviated.

Instead of celebrating the benefits, we've witnessed the deplorable incarceration of tens of millions for the victimless "crimes" of possession and consumption. And while this goes on, alcohol – for many people a highly-addictive substance – is being widely advertised and sold in the same stores where children buy candy.

"Dependency Compared to Other Drugs" (DrugScience.org)

Even former US Surgeon General Joycelyn Elders supports legalizing marijuana because, as she said on CNN, "It's not a toxic substance. … We can use our resources so much better."

Another propaganda "fear-factor" is the gateway theory. The story is that people who use cannabis will naturally, almost inevitably, move up to crack or methamphetamines or some other, "harder" addictive substance. That is pure nonsense. Ask any old pot smoker

Does it ever happen? Sure. Some people who smoke cannabis later make the choice to do hard drugs. (Some people who drink beer later choose to drink whiskey.) But by making cannabis illegal, the powers-that-be-have actually made such pernicious trading up much more likely. Evidence for the gateway drug theory will be available only for as long as cannabis stays illegal and the government keeps the market reserved, almost like a franchise, for professional criminals.

Here's how it works. Prohibition means that an otherwise peaceful drug is only available from your often not-so-peaceful neighborhood drug dealer… who also happens to deal in all the extremely addictive drugs – the ones from which he has a guaranteed income for the rest of your life, once he has you hooked. It is prohibition that puts you in touch with such a person and that gives him to opportunity to promote truly poisonous substances and turn you into an addicted customer.

The sad part of the whole ridiculous criminal structure that has grown up over the past 100 years is that for thousands of years earlier, cannabis had been a readily available plant used both recreationally and medically. For millennia, it was considered utterly unthreatening. That is, until its properties were slandered by those intent on keeping it out of mainstream medicine – and unavailable for enjoyment by anyone.

The answer is so simple: Allow adults to make up their own minds about whether to take a hit. That removes cannabis from the hands of drug dealers – people with little interest in whether what they sell is wholesome or honestly labeled.

Remove the substance from the hands of criminals who lace it with highly addictive chemicals to hook children and draw them into nightmares of thievery, sex trafficking and other catastrophic lines of criminal work.

That would also put an end to children being recruited to sell cannabis to other children in order to pay for the highly addictive hard drugs they were hooked on through illegal and adulterated cannabis.

Treat cannabis like alcohol… people of the age of maturity choose for themselves. As I said, it's simple.

Just as with alcohol, if demand for cannabis exists, people will produce it. And for cannabis, there is massive global demand and always has been.

So what would we prefer the folks who want to use this peaceful, life-enhancing plant do? Buy it on the street from peddlers who just don't care that their product is contaminated with pesticides or harmful chemicals used in processing? Or buy products that may have been purposefully laced with cocaine, heroin or other truly addictive drugs? Or buy untainted, organically grown cannabis from an accountable, lawful seller? Seems like a pretty simple decision.

But maybe I should ease up on this topic. The signs are strong that prohibition is finally rolling toward its conclusion, as alcohol prohibition did in 1933. Governments in Colorado, Washington, Netherlands, Portugal and Uruguay have already made the common-sense decision. Soon (hopefully) Alaska, Oregon and Colombia, among others, will join them.

How is this happening? The truth never completely goes away. It tends to surface sooner or later. In the case of cannabis, what Anthony Wile calls the "Internet Reformation" is helping the process along. It's tearing down the walls of misinformation, so that people can make sounder decisions.

We should applaud the Internet Reformation and what it is doing to wash away the propaganda that has hurt so many people in so many ways. I have no doubt that we'll all look back on prohibition one day with the same dismay over human folly as we do now when we're reminded of witch burnings… or of those deadly tomatoes.

I for one welcome the freedom that comes from tossing out another of society's hobgoblins and enjoying – without fear – whatever I choose during my trip through the wickets of life. May those intent on standing in the way fail – and fail miserably.

John Knapp is a pioneer in the legal cannabis industry and has consulted in five states, Canada and South America on industry matters. He is a sought-after speaker and has been interviewed by or featured in numerous newspapers and cannabis publications. John is the founder of Colorado-based Good Meds Network and Illinois-based Third Wave Enterprises, both medical-grade cannabis businesses, as well as of Gro|Quip, a gardening equipment distributor, and is Senior Marijuana Design Engineer for Quantum 9 Consulting.