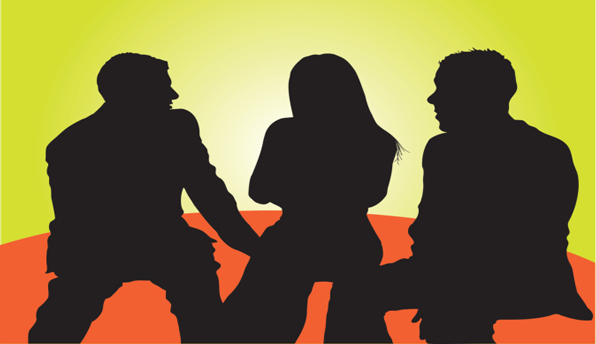 End The War On Drugs, Say Nobel Prize-Winning Economists … Global War on Drugs … The decades-long global war on drugs has failed and it's time to shift the focus from mass incarceration to public health and human rights, according to a new report endorsed by five Nobel Prize-winning economists. The report, titled "Ending the Drug Wars" and put together by the London School of Economics' IDEAS center, looks at the high costs and unintended consequences of drug prohibitions on public health and safety, national security and law enforcement. – Huffington Post

Dominant Social Theme: Maybe the war on drugs was a mistake.

Free-Market Analysis: This is a new dominant social theme. The old one would be: Drugs are evil.

Why the change? Good question. We'll offer an answer toward the end of this analysis.

But to set the stage: We've grappled with the issue of why cannabis is suddenly being legalized – and noted that the convulsive movement around the world toward decriminalization and legalization is obviously the result of some sort of vague zeitgeist.

These vast social movements only occur – it seems to us – when the power elite decides to promote a given meme, and not just in the West. Most such themes are fear-based, intended to frighten middle classes into giving up wealth and power to globalist institutions like the UN.

But the cannabis meme is not being positioned as something frightening – that's already been tried. This meme is, well … hopeful. Or at least less corrosively distressing than most such elite efforts, if that is what it is.

"The pursuit of a militarized and enforcement-led global 'war on drugs' strategy has produced enormous negative outcomes and collateral damage," says the 82-page report.

"These include mass incarceration in the US, highly repressive policies in Asia, vast corruption and political destabilization in Afghanistan and West Africa, immense violence in Latin America, an HIV epidemic in Russia, an acute global shortage of pain medication and the propagation of systematic human rights abuses around the world."

The report urges the world's governments to reframe their drug policies around treatment and harm reduction rather than prosecution and prison. It is also aimed at the United Nations General Assembly, which is preparing to convene a special session on drug policy in 2016.

The hope is to push the U.N. to encourage countries to develop their own policies, because the report declares the current one-size-fits-all approach has not proved to be effective.

"The UN must recognize its role is to assist states as they pursue best-practice policies based on scientific evidence, not undermine or counteract them," said Danny Quah, a professor of economics at LSE and a contributor to the report. "If this alignment occurs, a new and effective international regime can emerge that effectively tackles the global drug problem."

In addition to contributions from Quah and a dozen other foreign and drug policy experts, the report has been endorsed by five past winners of the Nobel Prize in Economics: Kenneth Arrow (1972), Sir Christopher Pissarides (2010), Thomas Schelling (2005), Vernon Smith (2002) and Oliver Williamson (2009).

Also signing on to the report's foreword are a number of current and former international leaders, including George Shultz, secretary of state under President Ronald Reagan; Nick Clegg, British deputy prime minister; and Javier Solana, the former EU high representative for common foreign and security policy.

The above may contain the REAL reason for the propagation of this meme, but it also provides us with a good deal of ancillary information about where this sudden effort to end various drug prohibitions may end up.

It seems – and we offer this with caution – that the end of cannabis prohibition in the West may not be the end of drug legalization.

If we are reading the tea leaves correctly, cannabis may only be the first stop.

Again, we do not offer statistical analysis, dear reader, or some kind of comprehensive perspective. We simply comment on what we are seeing and hearing in the mainstream press (mostly) given that the mainstream media is the designated presenter of elite promotions.

Read the above excerpt over and note how many Nobel scientists have signed on to to the idea that the war on drugs is a failure. Also notice the importance of the politicians involved.

It seems to us the boundaries of the Hegelian dialectic are being set anew – and that the debate may be changing entirely.

Now, suddenly, it may be about treatment instead of criminalization.

But why would this change be contemplated? We said we would answer that question and the article we are analyzing provides us valuable clues.

The tip-off may be here:

"The UN must recognize its role is to assist states as they pursue best-practice policies based on scientific evidence, not undermine or counteract them," said Danny Quah, a professor of economics at LSE and a contributor to the report. "If this alignment occurs, a new and effective international regime can emerge that effectively tackles the global drug problem."

This is the style of internationalism to come, in which politicians are shuffled in and out of UN meetings in a rapid stream. Press releases feature the "consensus" of hundreds of "leaders" and "experts."

We are supposed to be impressed by the sheer intellectual firepower aimed at the designated problem; the resultant solution expressed in stilted but vague language is supposed to impress us as well.

But we are not impressed. There are no experts. There is no manmade global warming so far as we can tell. There are only gambits.

And the new gambits embarked upon by the world's elite globalists have to do, increasingly, with providing international solutions to international problems

That's what is being rolled out now. It may seem confusing but it's not.

It is certainly cynical. It suited Modern Internationalism to put people in jail for using drugs. But that was in the 20th century.

In the 21st century, it suits our leaders to legalize drugs and then build a UN-oriented globalist infrastructure to "cure" addicts.

It is always in the service of globalism. Policies, moral pronouncements – war itself – these are nothing but tools intended to create specific outcomes.

Ultimately, we are seeing further justifications for a new kind of directed history.

It starts with cannabis, but perhaps it doesn't end there …