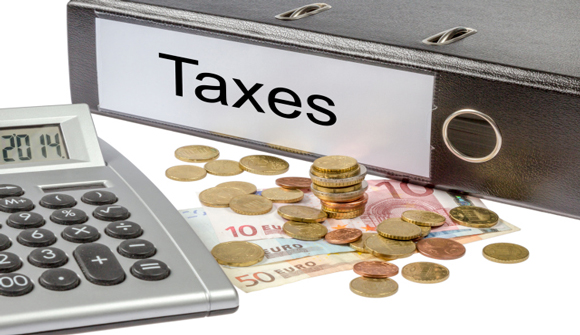 Cannabis / Marijuana, STAFF NEWS & ANALYSIS
The Legalization of Cannabis and Its Powerful Elements of Support
By Staff News & Analysis - September 25, 2014

Cannabis Cash: How Much Money Could Your State Make From Marijuana Legalization? … On Nov. 4, citizens in Alaska, Florida, Oregon and Washington, D.C., will cast their ballots on marijuana initiatives, and other states are also likely to consider legalization in upcoming elections. Colorado, the first state to allow the sale of recreational marijuana, is expected to take in $60 million to $70 million this year in taxes from legal pot sales, according to the Denver Business Journal. Cash-strapped states stand to collect millions if they legalize the drug. Across the U.S., states could gain just over $3 billion in tax revenue from legal marijuana sales. – Nerdwallet Finance

Free-Market Analysis: Ever since tiny Uruguay's announcement regarding the legalization of cannabis, we've been more convinced than ever this movement is going worldwide.

There are many reasons for this but we'll focus on two in this article: (1) the money that governments can make from taxing cannabis and (2) the growing determination of individuals to ensure that decriminalization and legalization continues to take place.

When it comes to the first, we can see from the Nerdwallet article that the amount of money states can make from legalization is significant. US$3 billion is a lot of money for US municipalities struggling with continued red ink.

The U.S. stands to gain, according to our calculations, $3,098,866,907 in state and local taxes per year — that's more than twice the entire budget of the Small Business Administration in 2013. California could gain the most from taxes on sales of marijuana. The state stands to take in $519,287,052, which almost covers the 2013 budget for the California Department of Parks and Recreation.

To estimate this value, we used data from the Substance Abuse and Mental Health Services Administration detailing the percentage of marijuana smokers ages 25 and over in each state and multiplied that percentage by the state's population older than 25 to get the number of users in each state. We then took the state's users as a percentage of total users over 25 in the U.S. and multiplied that by the total marijuana market estimate (sized at $14 billion by Harvard University economist Jeffrey Miron) to determine the market size in each state.

The article then presents an estimate in chart form of state-by-state potential tax revenues. The numbers seem fairly convincing – and certainly state politicians and finance officials will find them alluring.

Yes, these numbers surely make a compelling case for marijuana legalization from a political standpoint. But interestingly, there is another trend that has little to do with bottom-line revenue, and everything to do with passion and commitment.

We witnessed that recently with the resignation of a TV reporter in Alaska. Her leave-taking, at once controversial and forceful, received considerable mainstream coverage.

Here's an excerpt from a Reuters article on the incident:

Alaska TV reporter curses, quits on air over marijuana issue … An Alaska television reporter wrapped up a live segment on medical marijuana with a curse and an "I quit," telling viewers she will work instead to legalize pot in the state.

Charlo Greene revealed she was in fact the owner of the "cannabis club" featured in her story on Anchorage's KTVA 10 p.m. broadcast Sunday. "I … will be dedicating all of my energy toward fighting for freedom and fairness, which begins with legalizing marijuana here in Alaska," the reporter said.

"And as for this job, well, not that I have a choice but, f–k it, I quit," she added, before shrugging her shoulders and walking off-camera. A stunned colleague apologized immediately to viewers. KTVA news director Bert Rudman said in a statement later the station regretted the use of inappropriate language.

"The employee has been terminated," Rudman said on the channel's Facebook page, prompting several readers to note Greene had already quit. Alaskan voters are due to consider an initiative to legalize marijuana at a ballot in the fall, as are voters in Oregon and the District of Columbia.

… Greene said she decided to speak out in such a dramatic fashion to counter called "fear-mongering" by opponents who tried to equate pot regulation with legalizing methamphetamine or crack cocaine. "If responsible adults should be allowed to choose how they like to drink, why differentiate my toke from your beer?"

What stands out strongly in this incident is the emotionality that Ms. Greene showed when she decided to resign. She could have handled her leave-taking differently and many suggested on various feedback threads that she should have. But we'd argue that as the cannabis legalization movement grows, it's inciting strong passions; Ms. Green's actions are representative of that trend.

Cannabis legalization is increasingly becoming a social cause, adding many passionate voices to the persistent activists who have been demanding it for decades. When one marries an upswing of social approval to the substantive funds available to government and private industry alike, the end result is likely a successful one.

Of course, in discussing these two trends, we've left out a number of other reasons. While industry may have initially played a role in the prohibition of cannabis, many private players spanning the gamut from entrepreneurs to multinationals are obviously increasingly aware of the profits to be had in the cannabis industry, and increasingly vocal about their expanding participation.

And then there are those who see cannabis legalization as an international movement. It seems obvious to us, and we've reported on this in the past, that various international players view the legalization of cannabis as a movement whose time has come.

Passion and profits are driving this trend forward, along with other reasons, and we wouldn't be surprised if the cannabis meme moves more quickly than most thought it would.