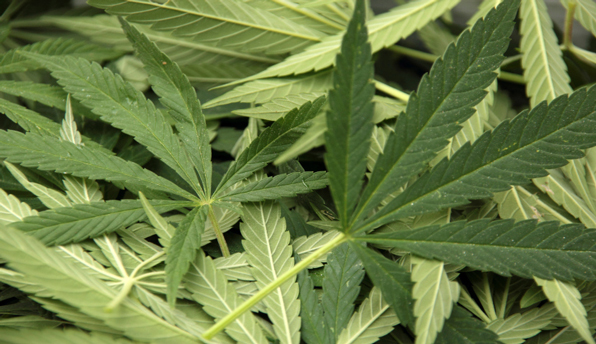 Ex-DEA agent jumps jobs to join marijuana investment firm … In a decade with the Drug Enforcement Administration, Patrick Moen rose to supervise a team of agents busting methamphetamine and heroin rings in Oregon – before giving it all up to join the nascent legal marijuana industry in nearby Washington state. In November, the former federal drug agent quit his post to work for a marijuana industry investment firm, and says he relishes getting in on the ground floor of a burgeoning industry he was once sworn to annihilate. – Reuters

Dominant Social Theme: The US makes many mistakes but the US is a good country and one that is getting freer all the time.

Free-Market Analysis: We take our cue from Reddit.com on this one. We sometimes read Reddit despite the often irritatingly socialist tone of its commentators.

In this case, we've noticed that numerous articles on the growing trend toward marijuana decriminalization are accompanied by commentary that places the trend in the context of expanding American "freedoms."

And that is just one example. We've noticed the same kind of commentary appearing elsewhere. Being suspicious types, we are apt to believe this is not purely coincidental.

We could make an argument that, like so much else in this weary world, marijuana's emerging status is part of a larger series of elite calculations.

That is, despite the growing authoritarianism of the nation as a whole, the increasing marijuana decriminalization is being positioned as evidence that in the US, especially, there are trends that are counteracting the worst excesses of Homeland Security, etc.

In other words, it's a kind of dominant social theme. Here's more from the article:

As managing director of compliance and senior counsel for Seattle-based Privateer Holdings, Moen has added his name to a small but growing list of individuals with unlikely backgrounds who have joined or thrown their support behind state-sanctioned marijuana enterprises.

In Oregon, another former Portland-based DEA agent, Paul Schmidt, who retired from the agency in 2010, recently set up shop as a consultant to medical cannabis businesses after working as a state inspector of medical pot dispensaries in Colorado.

Moen, whose jump has been criticized by his former boss at the DEA, said that even as his profile within the agency rose, he nursed a growing sense that the marijuana cases he worked, and the laws underpinning them, were wrongheaded.

Moen says he is working to foster a reputable pot industry that will hasten an end to the drug's prohibition and allow the DEA to sharpen its focus on drugs that are truly harmful.

"I saw this as an amazing opportunity to be a part of the team that's helping to create this industry, " Moen, 36, told Reuters. "I don't really feel like it's the other side."

While marijuana remains illegal under federal law, some 20 states and Washington, D.C., allow for its medical use. In 2012, voters in Washington state and Colorado became the first to legalize adult recreational use of the drug.

Colorado and Washington state have fed the momentum for pot liberalization efforts elsewhere, with a legalization measure likely to go before Alaska voters in August and activists in Oregon collecting signatures to get a similar initiative on that state's November ballot.

… The U.S. Department of Justice announced in August it wouldn't interfere with state efforts to regulate and tax marijuana provided they're able to meet a set of requirements that include keeping it away from children and restricting its flow into other states

Moen's value to Privateer likely will come in guiding the company on how to steer clear of activities that raise red flags with federal authorities, said Hilary Bricken, a Seattle-based marijuana business lawyer. "It's extremely ironic," she said. "You go from cracking skulls to supporting the very effort that you once vowed to entirely destroy."

Seattle-based DEA Special Agent in Charge Matthew G. Barnes, the top-ranking DEA official in the Pacific Northwest, called Moen's career change an act of abandonment. "It is disappointing when law enforcement officers, sworn to uphold the laws of the United States with honor, courage and integrity, abandon their commitment to work in an industry involved in trafficking marijuana," Barnes told Reuters in a statement.

Note the bottom of this excerpt. Some are not pleased with Moen's decision while others discern irony in the actions of someone who took a job with the US government to repress certain activities that he now wants to support.

On a larger level, what is going on is profoundly immoral. Certainly for the past 50 years or more untold lives have been ruined by incarcerations over a "drug" that has been used for millennia either recreationally or as part of a sacred ritual.

The larger dominant social theme here is the elevation of regulatory democracy and the assumption by many who work within the system that whatever the system makes available is what people must accept as the "law."

If the law says black is black one day and black is white the next, people ought to obey the dictates without question.

Thus, we wait to see if there will be any backlash to the coming legalization of pot, which is being promoted, in our view, as a cynical exercise to distract people from the creeping – galloping – authoritarianism of the West and its "war on terror."

Most importantly, we will wait to see if the decriminalization of marijuana generates more scrutiny of the Western system of "public" jurisprudence generally and provides the impetus for people to explore the past history of law enforcement. Perhaps they will discover the millennium-old traditions of private justice that worked so much better than the current system.

In any event, we have no doubt that marijuana will be decriminalized and even legalized not just in the US but around the world. There is big profit to be made, even though the larger intention is surely to distract from the troublesome expansion of the current Western Leviathan.

Another reason may be that a whole new industry will spring up around this plant that can serve as a positive jolt for fading Western democracies.

But on a purely objective note, the "mainstreaming" of marijuana is to be celebrated. From paper, to potential cancer cures, to numerous other practical uses, marijuana has proven historically to be one of the most healthful and useful plants known to humankind.

The real crime was its criminalization in the first place.