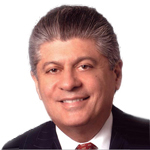 EDITORIAL
What If Democracy Is Bunk?
By Andrew Napolitano - February 24, 2012

What if you are only allowed to vote because it doesn't make a difference? What if no matter how you vote, the elites get to have it their way? What if "one person, one vote" is just a fiction created by the government to induce your compliance? What if democracy is dangerous to personal freedom? What if democracy erodes the people's understanding of natural rights and the foundations of government, and instead turns elections into beauty contests?

What if democracy allows the government to do anything it wants, as long as more people bother to show up at the voting booth to support it than to oppose it? What if the purpose of democracy is to convince people that they could prosper not through the creation of wealth but through theft from others? What if the only moral way to acquire wealth – aside from inheritance – is through voluntary economic activity? What if the government persuaded you that you could acquire wealth through political activity? What if economic activity included all the productive and peaceful things we do? What if political activity included all the parasitical and destructive things the government does?

What if governments were originally established to protect people's freedom, but always turn into political and imperialist enterprises that seek to expand their power, increase their territory and heighten their control of the population? What if the idea that we need a government to take care of us is actually a fiction? What if our strength as individuals and durability as a culture are contingent not on the strength of the government but on the amount of freedom we have from the government?

What if the Republican primaries we're seeing unfold aren't actually as democratic as they may appear to be? What if the results you have seen from the states that have voted thus far don't match the composition of the delegates those states send to the Tampa convention this summer because the polls aren't what counts, but what counts are the secret meetings that come after the voting? What if Joe Stalin was right when he said the most powerful person in the world is the guy who counts the votes?

What if the government misinforms voters so as to justify anything the government wants to do? What if the government bribes people with the money it prints? What if it gives entitlements to the poor, tax breaks to the middle class and bailouts to the rich just to keep all of us dependent upon it? What if a vibrant republic requires not just the democratic process of voting, but also informed and engaged voters who understand first principles of limited government and free-market economics, and the divine origin of natural rights?

What if we could free ourselves from the yoke of big government through a campaign of education and information and personal courage that leads to a revolutionary return to first principles? What if the establishment doesn't want this? What if the government remains the same no matter who wins elections?

What if because of Ron Paul's presidential campaign, because he isn't campaigning just for votes as his competition is, because he is educating the population and winning the hearts and minds of a once free people and inspiring them to fight for their freedom once more, freedom wins? What if we can be free again? What will it take to make that happen?