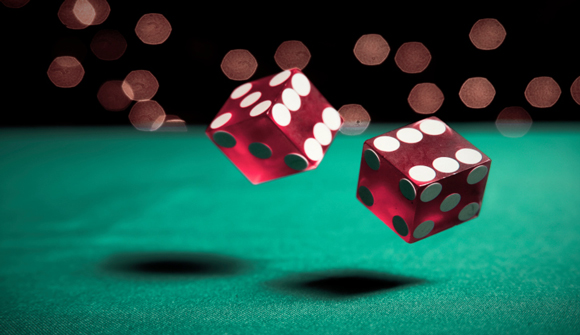 Politicker.com recently posted a report on a radio interview by New York Mayor Mike Bloomberg entitled, "Keep Calm and Carry On: Don't Panic About the Sequester." According to the article, Bloomberg stated that the "United States could owe 'an infinite amount of money' and there is no specific amount that would cause the country to default."

I've heard and read this before but to hear it enunciated by Mayor Bloomberg is startling. This is one of the world's most sophisticated individuals, from a financial standpoint. An equity trader with Salomon Brothers and then the founder of the most successful bond information shops in the world, Bloomberg knows as much about how the current system works as anyone.

Does he really believe the US can owe "an infinite amount of money"? He made the comment on the John Gambling radio program where he appears weekly. Gambling, who is not a tough interviewer, basically provides a platform from which Bloomberg can launch his own observations as he sees fit. Here's more from the Politicker article:

"We are spending money we don't have," Mr. Bloomberg explained. "It's not like your household. In your household, people are saying, 'Oh, you can't spend money you don't have.' That is true for your household because nobody is going to lend you an infinite amount of money. When it comes to the United States federal government, people do seem willing to lend us an infinite amount of money. … Our debt is so big and so many people own it that it's preposterous to think that they would stop selling us more. It's the old story: If you owe the bank $50,000, you got a problem. If you owe the bank $50 million, they got a problem. And that's a problem for the lenders. They can't stop lending us more money."

Nevertheless, Mr. Bloomberg said it wouldn't be easy to find the spending cuts that do emerge. Accordingly, when Mr. Gambling suggested cutting "waste" could solve a significant portion of the deficit, Mr. Bloomberg flat-out disagreed.

"Listen, I've worked now in government for 11 years," he said. "One of the problems is the definition of 'waste.' You think the programs that I want are waste. And I think the problems that you want are waste. It's not like somebody is taking wheelbarrows full of dollar bills and throwing them out the window. It's a question of definition, what is 'waste' and what is not. Everything we have was put in by Congress, signed by the president. There was a reason for it, or a constituency for it. Most of the tax breaks are designed to encourage or discourage economic activity. There's a reason for it."

Excuse me? All of the modern justifications for the West's modern malaise are encapsulated by this statement. There is no entity in the world that can borrow endlessly without significant – negative – ramifications but Mayor Bloomberg wants us to believe the United States is a special exception.

What he is really talking about is the dollar's special status as a reserve currency. Because Saudi Arabia still demands dollars for oil, the petrodollar's status is unchanged. Nation-states have to hold dollars, and large industrialized countries like China and Japan collectively hold trillions of dollars.

Of course, as we've pointed out, the dollar's status IS changing because of the number of dollars in the world today. While many dollars don't circulate, there are simply too many of them at this point. For this reason, Russia and China in particular have begun to create bilateral trade arrangements with countries that authorize various trade arrangements using currencies other than the dollar.

Bloomberg is confident that the 21st century will see a world that uses the dollar as the main reserve but also uses the Chinese yuan and other currencies as secondary reserves. In this case, a "reserve" would be a currency that various treasuries would hold because there would be a utility for it. The currency (like the yuan) would be increasingly liquid and would allow diversification beyond the dollar, which is useful at this point.

While New York's Mayor doesn't come out and say it, he is enunciating a currency strategy that is suspiciously similar to what the International Monetary Fund has in mind. The IMF wants to use its Special Depository Receipts (SDRs) as the basis of an international currency that would be backed – supported – by a basket of currencies.

In order for a basket of currencies to make sense, other currencies have to be brought to the fore and the dollar needs to be debased – which is just what it is taking place. All of this currency maneuvering seems to be simply a logical (historical) evolution, but in the realm of Money Power nothing is exactly what it seems and monetary policy does not occur by happenstance. If Mayor Bloomberg is confident about the dollar's future it is because he has an understanding of what monetary elites have in mind as they attempt to build a truly global currency.

In this article, we also see Mayor Bloomberg explaining that what would be considered "waste" by most people when it comes to government programs is only waste in the eye of the beholder. Even the most "wasteful" programs, he informs us, carry a constituency, and tax breaks in particular are put in place by particular constituencies using an agreed-upon political process.

The Mayor comes across as very confident in his assertions. The message that he wants you to take away from his statements is that the current system seems chaotic and troubled but it is actually a great deal stronger than it looks. Bloomberg apparently believes that the West's political and economic structures are having some difficulty but that they are fundamentally stable and will not collapse or even waver.

Well … I am not so sure. From what I can tell, it is a balancing act. Those who have put these economic and political structures in place are constantly destabilizing them in order to create further centralization and homogenization. It was a strategy that worked particularly well in the 20th century, but in the 21st century – thanks to what we call the Internet Reformation – various deliberate manipulations have been analyzed and exposed. What has seemed inevitable in the past is suddenly seen as manufactured.

This is dangerous to those who have created the current economic and political framework because as people begin to realize the artificial nature of the system, they grow increasingly frustrated and skeptical. When a system that is already exposed and under considerable question also doesn't "deliver the goods," then one can argue it is in danger of being destabilized by those who must use it.

Bloomberg works inside the envelope of Money Power and derives certainty from its systems and from others who think as he does. But history is full of examples of powerful people who have had similar certainties and who sooner or later have been proven wrong.

This is, in fact, a man who seems in some ways tone deaf. His bans on smoking, trans fats and now "big-gulp" sodas seem reasonable to him but I wonder if he is aware of how much resentment he's likely created. He may be misjudging not just people's tolerance for his own dietary nanny-ism but for their willingness to support the current political and economic paradigms that he assumes will be ongoing much as they are today.

Bloomberg and people like him are betting that they can continue to pursue business-as-usual in the 21st century even despite considerable exposure of the flaws of the today's interlocking financial, political and legal system. Is this truly realistic or a kind of wishful thinking?