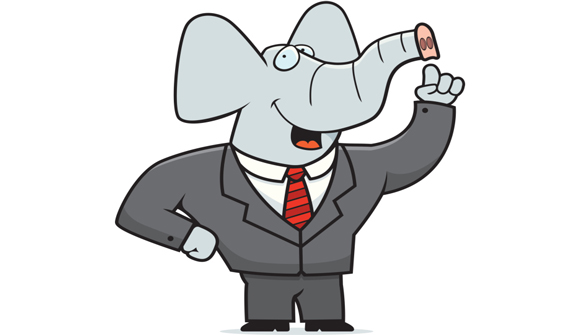 EDITORIAL
Is Jeb Bush a GOP Leader, or Symptom of a Larger Problem of the US Political System?
By Anthony Wile - February 07, 2015

A recent Reuters editorial asks, "Is Jeb Bush just another 'big government' liberal?" The article then goes on to discuss the differences between the "liberal" and GOP conservatives.

This is an interesting analysis but I will try to show that it leaves out a third element of the GOP, and why it does so.

Certainly Jeb Bush has to be taken seriously. He has emerged as a significant candidate in the upcoming Republican primaries for president. In fact, some polls have him leading the field.

Last week, a CNN/ORC Poll announced "Bush surges to 2016 GOP frontrunner." The points made by the poll included: 1) Jeb Bush leads the GOP field by 10 points, with 23% support; 2) It's the first time any candidate has taken a statistically-significant lead over the GOP field; 3) He's also the strongest GOP candidate in a match-up against Hillary Clinton.

The poll also stated that "Sen. Rand Paul and former Arkansas Gov. Mike Huckabee are both tied for fourth with 6%." It's not quite clear how or why this happened since a November CNN/ORC survey indicated that Bush was taking only 14% with Christie and Rep. Paul Ryan fourth with 9% support.

Maybe Bush is gaining momentum because he is a familiar name. But when his brother left office, the Bush name held a negative political charge. George Bush, Jeb's brother, was seen as profligate and overly addicted to wars with no purpose and no end.

The conservative part of the Republican "big tent," was especially incensed with Bush, and that makes Jeb's poll numbers even odder. It is not very likely that GOP conservatives have shed their dislike of Bush's presidential policies or quasi-liberal philosophy.

Even on this date, Feb. 6, Ronald Reagan's birthday, the fight over the meaning of American conservatism goes on: The Bush family thinking one thing, and Reagan conservatives representing another.

The Bushes' agenda has always relied on big government. But Reagan's agenda focused on shrinking the authority of the state and enlarging the power of the individual. This is not a nuanced difference.

Only two days before Reagan's birthday, Jeb Bush was in Detroit calling for "reform conservatism" and "fixing government" policy rather than calling for specific cuts in the corrupt federal bureaucracy.

The article goes on to point out that "conservatism" has always been a vital part of the GOP, from Reagan to Newt Gingrich and his "Contract with America" and – though the article doesn't mention them by name – Ron and Rand Paul today.

The article claims that under Gingrich, "Congress passed welfare reform, the Freedom to Farm Act, free-trade agreements and far-reaching reforms of Congress." These advanced Reagan reforms, according to the article.

George "W" Bush's time in office was considerably less "conservative." Such programs as "No Child Left Behind," plus foreign wars and questionable attempts at immigration reform alienated his conservative base. He also managed to spend down the Clinton surplus of $280 billion.

Bush was repudiated in the 2006 midterms when Republicans lost the House and Senate to Democrats. But from the standpoint of presidential politics, this didn't change much – as first John McCain and then Mitt Romney stood for the land's highest office.

Neither of these two men could be seen as Goldwater-style Republicans. In fact, toward the end of the article, there is specific mention of Goldwater, who "rejected qualified conservatism in his influential 1960 book, The Conscience of a Conservative." Meanwhile, the last line of the article claims that Jeb Bush "is the status quo."

It is unfortunate that the two concluding points at the end of the article do not provide a true summation, in our view, of the schism within the GOP. Jeb Bush may be the "status quo" but he is a manufactured one.

It is doubtful that many in the GOP agree with the full spectrum of Bush's liberal viewpoints – even though the latest CNN poll seems to show considerable support. Perhaps this support will wane as people see Jeb in action and hear more of what he has to say.

Another problem with the article is that it doesn't mention Rand Paul – presumably because Paul, like his father, upsets the neat dichotomy presented in the article.

Ronald Reagan spoke of reducing government but he, too, expanded the size of the military. Later on, "W" did the same thing. The problem with the conservative wing of the GOP is that its economical nature doesn't extend to the military – and the military is the biggest expense of all.

Rand Paul, taking after his father, provides a third – call it "quasi-libertarian" – GOP perspective. Paul wants to shrink government, and he wants to shrink the military, too, or at least reduce its overseas operations.

In fact, the US military in one way or another is said to be involved in literally hundreds of conflicts around the world at any given time. Paul's perspective – and certainly his father's – struck a resonant chord in the GOP when Ron Paul was running for president.

Paul did so well at one point that he looked to be the front-runner. His delegates were frozen out of the convention, and some were physically assaulted. The GOP leadership was so fearful of Paul ultimately that they changed the rules going forward to try to ensure that the leadership would be able to have the greatest say when it came to the nominee.

In 2012, the leadership finally produced Mitt Romney who proceeded to lose to Barack Obama. Paul might have done a better job by appealing to Democrats as well as Republicans. But the GOP leadership didn't want Paul. They'd rather have lost with Romney – which they did.

We can see in a way that this article is symptomatic of the GOP itself. The elephant in the GOP room is libertarianism, but the article itself doesn't mention it anymore than the GOP does.

A better analysis would present a GOP that may be predominantly libertarian, strange as that sounds. But there are reasons to make the statement. It is very likely that many in the GOP do not like US military adventurism any more than Rand or Ron Paul do. And many share the Pauls' view that the US fedgov is much too big.

If this realistic analysis continues to be obscured by the media and manipulated by the GOP leadership, then the GOP's political future will continue to be unrealized and its candidates will represent the leadership not the rank and file.

Unfortunately, there is ample evidence that this state of affairs is going to continue. A libertarian oriented candidate would attract Democrat voters as well. In fact, libertarianism of some sort is probably the largest political party in the country. Unfortunately, it is split between the two dominant parties.

This bifurcation will likely remain in force. US politics will never represent the people's voice – if it ever did. But more than that, the continued mangling of political realities by both parties will certainly guarantee that politics will continue to cause more problems than solutions.

Politics of any sort probably cannot benefit society in the long term, as politicians are apt to create problems in order to pose as "heroes." But the US political system is an even bigger mess now than before. Not even the problems are properly represented.