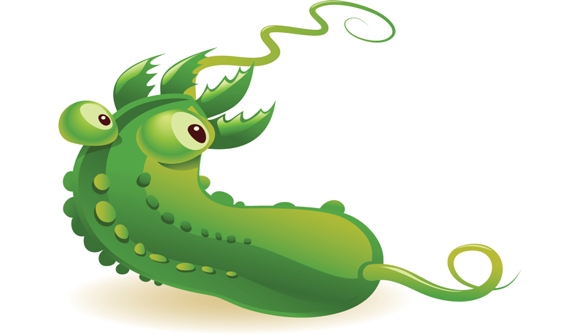 Everybody is panicking again. Remember Mad Cow disease? Foot-and-Mouth Disease? Now it's the Attack of the Killer Cukes! I don't know what the result of all this will be from a medical standpoint, but I am sure those who want and promote world government will be front and center over the next few days proposing more and more surveillance of businesses and ever-more massive regulatory responses.

Regulatory democracy doesn't work, of course. We've had over a century of it and nothing's changed. Things have gotten worse as a matter of fact. Travel the world and you will see millions of people in so-called democracies living on a few dollars a day. They have nothing but the clothes on their back and they would be grateful for a few of the millions of cucumbers that the Western countries are disposing of even now.

I don't intend to make light of it. Perhaps 20 people have died and many have been sickened. But at least one of them was apparently in his mid-'80s – and you'll never know if others had compromised immune systems. (The press won't report it.) The idea that people in the prime of their lives are dropping dead after munching on a cucumber may well be exaggerated.

Let's leave aside just who is dying; already other misinformation has surfaced. The rogue strain of "deadly" E. coli was initially said to have originated in Spain. Whoops. Now Germany has apologized to Spain. (Didn't know countries could talk.) No doubt, the origins of whatever is going on will remain murky for some time, giving rise to "conspiracy" theories and adding yet more confusion rather than clarity.

Anyway, here's how you deal with a Killer Cuke: You a) wash the cucumber thoroughly and b) cook it at high heat. Maybe you slice it and sauté it. That's not what's happening though. Nobody's going to get a chance to cook a cuke. Tens of millions of dollars of raw produce are being thrown away, not just cucumbers, but other produce as well. Spain's poor citizens, already reeling from the privilege of joining the EU have now lost their farming industry as well. (Though, of course, Germany "apologized.")

The mainstream press knows just how to hype these dramas! We've seen it over and over again. Here's the mainstream Irish Times, which has been doing a great job of confusing the Irish about the European Union. 'Super-toxic' E.coli outbreak claims 17th victim" the Times blares (June 3rd, 2011). "Super-toxic" – that certainly sounds scary. And E.coli is so … official sounding. It must be true.. And so the hysteria mounts …

The Irish Times article is a perfect example of what we like to call a dominant social theme or fear-based meme. It's designed like other such memes to benefit the Anglo-American power elite and allow them to pass more laws that will further advance global government. Don't believe me?

Watch what happens as a result of this latest Killer Cuke outbreak. First, people will be subject to a barrage of half-truths about whatever it is that's going on. This happens quickly, with blaring headlines. Then, almost as quickly, you will see the Horsemen of New Apocalypse appear on TV promising that global remedies are just around the corner. Who are they? The head of the WHO on a dark horse; the top man at the UN on a red horse; the president of the EU on a greenish horse; the chancellor of Germany on a white horse.

Together they will gallop through the Valley of Death and emerge on the other side with new EU laws and new demands for businesses. They will milk every last drop out of this latest crisis, proposing more nonsensical rules that will do nothing to prevent the next "crisis" whatever it may be. Believe what you want about Killer Cukes, the reactions of the Western powers-that-be are deeply flawed and endlessly manipulative. Everything is a political gambit for them. The worse the crisis, the more they propose they are needed, even if they're not.

We won't learn that from the mainstream media, of course. The job the mainstream media has been anointed with is to spread the bad news. And the Irish Times along with a thousand other Western publications is doing its duty. Here's the alarming lede: "The outbreak claimed its 17th victim yesterday as scientists identified the strain of bacteria behind the contamination as 'super-toxic' and resistant to antibiotics. And here's some more from the article, each paragraph building on the last to generate an exquisite hysteria:

Though identified, the precise source of food chain contamination remains unclear. Russia imposed a blanket ban on all vegetable imports from the EU, prompting an official protest from Brussels. Scientists disagreed yesterday on whether the bacteria that has infected about 1,600 people, 470 of them seriously, is a new mutation or a known, rare variety.

German and Chinese researchers said yesterday that close analysis suggested it was "a new type of E.coli strain". The World Health Organisation (WHO) called it a "very rare form of the bacteria never seen in an outbreak before". However, last night the European Centre for Disease Prevention and Control said "serotype STEC 0104 has caused food-borne outbreaks of diarrhoea and haemolytic uraemic syndrome, or isolated cases, before." …

Commenting on the relative lack of children affected by haemolytic uraemic syndrome in the current outbreak, Eurosurveillance notes: "The age and sex distribution of this outbreak is highly unusual, the cases who died were between 22 and 91 years of age." Two-thirds of those affected by the life-threatening illness are women. Consumers and visitors to Germany are being urged to avoid salads, to boil all vegetables before eating and to regularly wash their hands …

It may be that the current attack of Killer Cukes will turn out to be a terrible medical tragedy for thousands or tens of thousands. Given the history of these kinds of hysterias I wouldn't bet on it. Think Bird Flu, Mad Cow disease, Swine Flu, et al. However, we will continue to get hysteria and more hysteria from the mainstream media outlets. The false dichotomy of the West's current system and its regulatory democracy will be presented as the only truth.

Actually 100 years ago these sorts of problems would not be an issue – or at least not one worth commenting on. It is the current system of regulatory democracy with its insistence on globalization that brings us many of the current hysterias.

One thing I know for certain; as a result of this latest food "crisis," we will be exposed to a barrage of hysterical articles, a torrent of quotes from "leaders" explaining that more international regulations are needed and that a new EU facility should be created.

No matter how the Killer Cukes emergency is resolved, the ultimate outcome shall be more laws, more globally oriented solutions, more building blocks for the New World Order. The only comfort in all this is that what they are building is so laughably dysfunctional that it will inevitably fall apart. Thanks to what we call the Internet Reformation it already is.

Editor's Note: On the day this editorial was posted, Anthony Wile was interviewed by Russia Today's Bill Dodd. For more on Anthony's take on this media hysteria surrounding this "Cuke Crisis," click here: Anthony Wile: Bacteria Hysteria Fanned by WHO Propaganda Machine.