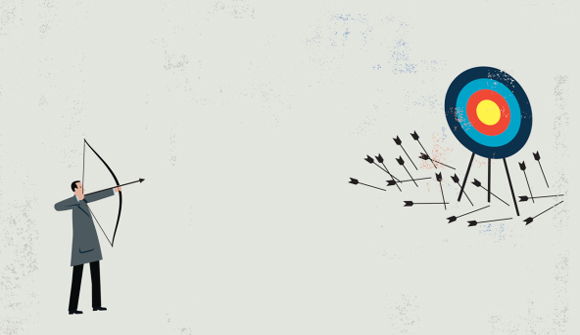 Paul Krugman recently published a column called "The Unbearable Lightness of Being Right." In it, he once again explains failures of so-called "austerity" and defends his own perspective, which is thoroughly Keynesian.

Now, within the context of free-market economics, we've long been anti-austerity but not for the reasons that Krugman advances. Krugman believes that austerity is wrong because governments ought to print lots of money from nothing. This is basically a Keynesian point of view and it is one he advances relentlessly.

We believe austerity is a wrong approach from a theoretical standpoint because it is one that uses government to correct government excesses. This is not to say that shrinking government is bad. But it ought to be accomplished with a broader agenda in mind, one that acknowledges the larger failures of regulatory democracy generally.

It is this part of the debate that has been lacking. In fact, somehow Eurocrats in particular have managed to cast themselves as guardians of economic probity. This is a bit like a central banker avowing his opposition to price inflation even though he is an integral part of the mechanism that creates it.

Enthusiastically justifying a government agenda to cure government excesses is a bit like employing an active sinner to cure problematic behavior. The temptation to err is overwhelming and soon the sinner will once again join those he is instructing.

Even if government gets it right, it will eventually get it wrong. Austerity policies merely substitute one kind of official action for another. The untackled problem is the mindset that sees every problem as a nail and government as the hammer.

Krugman acknowledges none of this. He is focused, at least most recently, on a study provided by two Harvard economists whose research has come into question.

As the BBC informed us in May, "Carmen Reinhart and Kenneth Rogoff acknowledged errors in the figures in their 2010 paper on government debt and economic growth. They did not actually state a causal link between high levels of debt and falling rates of economic growth. However, others have used the research to support austerity policies."

Krugman and others like him always start with the idea that SOME government spending is necessary and justified. The problem is always HOW MUCH. And in Krugman's case it is even worse. He is determined to cure old spending with even more new spending.

And because of the Reinhardt Rogoff reversal, he believes his arguments are justified, or at least that is the position he is adopting in this column. He is waiting, he states, for those who have endorsed austerity to repent, or at least receive additional public condemnation. Here's more:

… Yes, I'm going to pat myself on the back a bit; reading my verdict on austerity or on Paul Ryan three years later, they still look pretty good — not perfect (the Baltics have done better than I expected, though not actually well), but compared with the orthodoxy of the time, well, there's no comparison. Overall, it's hard to think of any previous episode in in the history of economic thought in which we had as thorough a showdown between opposing views, and as thorough a collapse, practical and intellectual, of one side of the argument.

And yet nothing changes. Not only don't the policies change; by and large even the people don't change. Reinhart and Rogoff may get a bit fewer high-profile invites, as will Alesina and Ardagna; but Bowles and Simpson are still touring, the same people at the BIS and the OECD are still issuing dire warnings about the dangers of easy money, George Osborne is still making pronouncements, Paul Ryan is still the intellectual leader of his party.

OK, I know I'm hyperventilating a bit. But the lack of accountability, for ideas and people, is truly remarkable in a time of massive policy failure.

Krugman can't help himself. Even when addressing an economic issue, he ends up politicizing it. He is at heart a political animal, whose economic principles revolve around statism and support big government nostrums. Of course, he would not be writing for the big-government New York Times if he supported anything else.

Krugman is certainly correct about austerity, but not for the reasons he believes. Austerity emphasizes regulatory aggressiveness, tax hikes and benefit cutting. It is, in other words, a government prescription for the high spending that government has already accomplished.

Forced confiscation always reduces prosperity as price-fixing must do, by introducing distortions into the marketplace. One can grant the inevitability of government without endorsing it. But this is not Krugman's argument, nor even the argument of those who oppose him.

Even those using the Reinhardt/Rogoff paper as ammunition for their views were starting with the implicit assumption that activist government – even government committed to shrinking – can somehow make things better.

Krugman hopes for an apology, and for an admission by opponents that their viewpoints have been supported by a research paper with computational flaws. This perspective almost entirely misses the point.