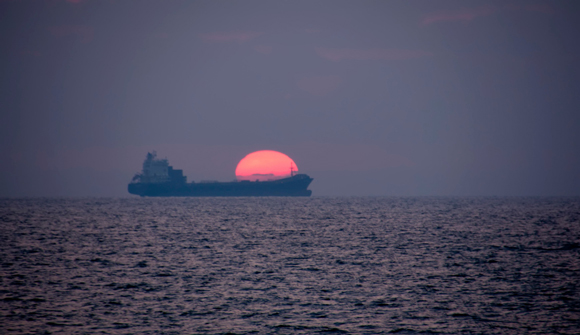 America's number one enemy is dead. "I can report to the American people and to the world that the United States has conducted an operation that killed Osama bin Laden, the leader of al-Qaeda and a terrorist who is responsible for the murder of thousands of innocent men, women and children," US President Barack Obama said during a statement from the White House Sunday evening.

This is actually the second time a high-ranking official has made such an announcement. On YouTube, you may find a video available online with over 1.6 million views of Benazir Bhutto explaining to David Frost that Osama bin Laden was murdered in the early 2000s.

According to the video caption, the BBC censored the clip, then reinstated it and claimed they had not censored it after all. The program aired on 2nd November 2007, before Bhutto was assassinated, and David Frost the presenter "did not challenge her on her assertion (at 2:14 on the clip) that Bin Laden was murdered. It would make sense that the West would cover up such a truth, as Bin Laden was needed as a "bogeyman" to continue the farcical "War on Terror."

There are other reports that bin Laden died of kidney failure even earlier than Bhutto claimed. But he has probably been dead for years. Apparently the last confirmable sightings of bin Laden came when he was traveling around Los Angeles back in the 1990s under the name "Tim Osman." He was meeting with his CIA handlers presumably. Later on he would show up in France (just before 9/11) for kidney treatment. He had bad kidneys.

He went to Afghanistan and from a cave full of the latest technology he launched an attack on America. But he denied he had anything to do with the attack. The Taliban offered to turn him over if the Bush Administration could prove his involvement. The Bush administration declined and then invaded. To this day the FBI does not list bin Laden as "most wanted" for the 9/11 attacks. Now presumably they will delist him entirely.

Throughout the 2000s presumably phony videos were released of bin Laden. They were static, videos with only live audio and consisted of badly taped announcements playing over the face of bin Laden. Recently bin Laden's son looked at the video tapes from around the time of the 9/11 attacks and proclaimed that he was not sure they contained images of his father. So even the initial pre- and post-9/11 images of bin Laden are in question.

Of course, the questions go back to the al-Qaeda fighters that the CIA helped train and fund to fight the Russians in the 1980s. Al-Qaeda means "list" and a conspiratorial interpretation of the al-Qaeda menace would include a perspective that a CIA patsy – bin Laden – had been set up to lead a CIA funded "list" of Islamic fundamentalist youth. In other words al-Qaeda comprised an American intel operation.

9/11 precipitated what has begun to turn into World War III (see other Bell story today – UN Strong-Arming Little Sri Lanka Is World's Biggest Untold Story?). Who knows why the American administration chose to make this presumably phony announcement now. They just released President Obama's possibly phony "original" birth record, so prospective CIA counterfeiters may be having a busy week. Perhaps the war in Afghanistan is going so badly that by announcing the "death" of bin Laden, the Pentagon can pave the way for a graceful exit before the Taliban blows up even more NATO brass with its adolescent suicide bombers.

Or perhaps this is some sort of "kiss-and-make-up" joint venture between the Pakistan ISI and the US CIA. The two intelligence agencies have been feuding lately and a wonderful (phony) victory over bin Laden might be a way of clearing the air. Presumably the ISI shall "confirm" bin Laden's death.

Could it be that such events are portents of more ominous events yet to come? One would be more comforted if the US had paraded bin Laden's body before the cameras and brought him back to the US for forensic testing. Instead this is what they did according to Canadian Broadcasting (CBC) article: "U.S. personnel took bin Laden's remains, which were buried at sea, a U.S. official said. Finding a country willing to accept the body for burial within 24 hours, in keeping with Islamic tradition, would have been difficult, the official said."

This is what the US did with the world's most wanted terrorist. They dropped him into the sea? The phony pictures of gruesomeness will likely come later. And what has been the public reaction? According to the CBC article we quote (above) "As news of bin Laden's death spread, crowds also began to gather outside the White House. After Obama confirmed the death, the crowd burst into chants of 'U.S.A.'"

More from the CBC article (as good as any other on this matter): "George W. Bush, who was president when al-Qaeda attacked the U.S., said the fight against terror continues 'but tonight America has sent an unmistakable message: No matter how long it takes, justice will be done.'"

In Abbotsford, B.C., Canadian Prime Minister Stephen Harper was quoted by the CBC as saying the death of bin Laden "secures a measure of justice for those Canadians and the their families … bin Laden's death does not end the threat of international terrorism. Sadly, others will take his place."

"Others" have likely been taking bin Laden's place for a long time.