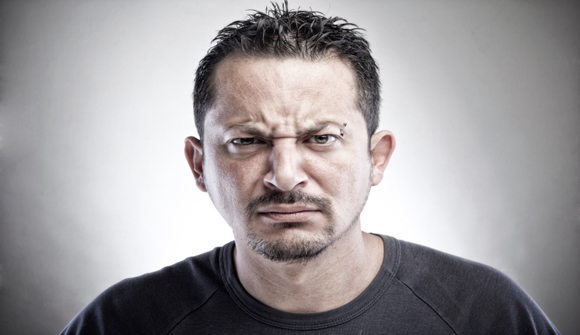 EDITORIAL
The Real Reason George F. Will Is Irritated With Obama
By Anthony Wile - June 22, 2013

Big news, from my point of view. Late this week, conservative columnist George F. Will wrote an editorial that compiled a list of what we call dominant social themes, even though he didn't explain them as such. The list was required to buttress accusations he was making about US President Barack Obama's reportedly disappointing speech in Berlin.

We've already commented on the speech in staff reports but I wanted to write this analysis as a follow-up. First, attendance at Obama's speech was minute compared to the number who had flocked to his appearance in Berlin during his presidential campaign in 2008 – around 4,000 reportedly versus the more than 200,000 estimated by Berlin police in 2008.

Second, the reviews of the speech were almost universally negative, and Obama is clearly losing his "mojo" with the mainstream Western media.

Most simply described the speech as hesitant, unemotional, disengaged, etc. The best defense Chris Matthews could come up with was that the glare of the sun had rendered Obama's teleprompters unusable and therefore, he'd had to read the speech from the page, a skill that he lacks.

But the biggest surprise was that Obama was going to seek a further reduction in the respective nuclear arsenals of Russia and the US. This was an unusual statement not because of the large size of the reduction, up to one-third of stored weaponry, but because it was part of the larger performance that George Will rightly categorizes as "surreal."

If Obama had built his speech around, say, a new Marshall Plan for Europe (which has been mentioned from time to time), it might have sounded vaguely pertinent. Europe, or at least its southern part, is suffering a great deal of pain from its euro-imbalance with the north. Unemployment in Spain, Greece, Portugal and even France is reportedly approaching an intolerable level.

But Obama didn't choose to focus on current woes. Instead, the big news was about how he was going to negotiate an arms reduction with Russia.

It was as if being in Berlin had confused Obama and his speechwriters about the era in which they were functioning. It sounded as if he'd been temporarily transported back in time to the 1980s. The Cold War was a big deal in the 1980s. The USSR looked as implacable and nasty as ever. It had invaded Afghanistan and its leaders showed no signs of reducing their hostility to the West.

Berlin has been the site of many triumphs for US presidents. Ronald Reagan's speech was widely regarded as a historical triumph and so was John F. Kennedy's and for the same reason. Speaking "truth to power" in the USSR's own backyard was a peculiarly courageous act. Or at least seemed so.

Not this time. By building the big news of his speech around a promise to seek a further arms reduction with a reduced Russia, Obama merely contributed to a sense of what Will rightly calls "detachment." The USSR is no longer a big bully in Europe because the USSR doesn't exist any longer.

Sure, there are good reasons to want a further arms reduction with Russia, but is that currently a main preoccupation on the global stage? It's not even something that the Obama administration itself has set up as a central diplomatic issue.

If you're going to make a big announcement aimed at solving a critical problem, shouldn't you define it in advance? How can you propose a solution to an issue you haven't even been raising?

That wasn't the only problem with the speech. Here's how Will put it:

Obama hits a wall in Berlin … The question of whether Barack Obama's second term will be a failure was answered in the affirmative before his Berlin debacle, which has recast the question, which now is: Will this term be silly, even scary in its detachment from reality?

Before Berlin, Obama set his steep downward trajectory by squandering the most precious post-election months on gun-control futilities and by a subsequent storm of scandals that have made his unvarying project — ever bigger, more expansive, more intrusive and more coercive government — more repulsive. Then came Wednesday's pratfall in Berlin.

There he vowed energetic measures against global warming ("the global threat of our time"). The 16-year pause of this warming was not predicted by, and is not explained by, the climate models for which, in his strange understanding of respect for science, he has forsworn skepticism.

… Obama trotted out another golden oldie in Berlin when he vowed to resuscitate the cadaver of nuclear arms control with Russia. As though Russia's arsenal is a pressing problem. And as though there is reason to think President Vladimir Putin, who calls the Soviet Union's collapse "the greatest geopolitical catastrophe of the century," is interested in reducing the arsenal that is the basis of his otherwise Third World country's claim to great-power status.

Shifting his strange focus from Russia's nuclear weapons, Obama said "we can . . . reject the nuclear weaponization that North Korea and Iran may be seeking." Were Obama given to saying such stuff off the cuff, this would be a good reason for handcuffing him to a teleprompter. But, amazingly, such stuff is put on his teleprompter and, even more amazing, he reads it aloud.

Neither the people who wrote those words nor he who spoke them can be taken seriously. North Korea and Iran may be seeking nuclear weapons? North Korea may have such weapons. Evidently Obama still entertains doubts that Iran is seeking them. In Northern Ireland before going to Berlin, Obama sat next to Putin, whose demeanor and body language when he is in Obama's presence radiate disdain

… Obama's vanity is a wonder of the world that never loses its power to astonish … With German Chancellor Angela Merkel sitting nearby, Obama began his Berlin speech: "As I've said, Angela and I don't exactly look like previous German and American leaders." … His look is just not that interesting. And after being pointless in Berlin, neither is he, other than for the surrealism of his second term.

This is some timely writing from a commentator who all too often seems himself disassociated from the realities of the modern and increasingly libertarian scene. But toward the end of the editorial, he makes a statement that he could easily have expanded on, and thus turned a timely commentary into a significant one.

He asks of those surrounding Obama, "Is everyone in his orbit too lost in raptures of admiration to warn him against delivering a speech soggy with banalities and bromides?"

Will could have gone further and explained the REASON that Obama's speech appeared to be composed of "banalities and bromides." It is because the speech is full of what we call dominant social themes, and in the 21st century they are seemingly – increasingly – failing to convince.

We've commented on this regularly throughout the life of The Daily Bell, and even before, in other venues. We've predicted it, in fact. The Internet has regularly undermined these frightening promotions by showing clearly that they are often premeditated and not as logical or inevitable as they appear to be.

George F. Will is not quite capable of determining why he found Obama's speech so retrograde or why these "banalities and bromides" irritated him so much. But over the past decade these memes have been increasingly discredited.

Combine the Internet's undermining of fear-based memes with an inability to properly militarize society (because of the threat of nuclear war) and you end up with a situation in which some of the main elements of social control are failing to retain traction.

This is the reason, in my view, for Will's irritation, even though he lacks the frame of reference to describe it properly. But that's probably the reason Obama's speech was so flat.

What do you do when the themes you've relied upon historically to whip people up don't seem to be working anymore? That's a question not just for Obama and for Western politicians but for investors, as well.

There are obviously thematic elements to the larger Western "conversation" and people have often derived a great deal of wealth from analyzing them and even anticipating them. Warren Buffett does it all the time.

But what do you do if those themes are losing the power to convince? This is both an economic and sociopolitical issue – and one that we here at The Daily Bell will continue to explore. It is increasingly important.