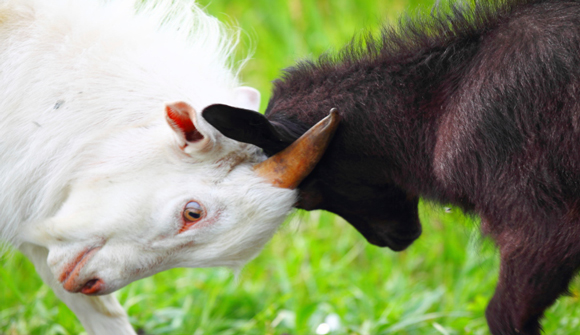 EDITORIAL
What Side Are You On as the West Declines?
By Anthony Wile - June 01, 2013

AlterNet has posted an article reporting on Census Bureau numbers showing that one out of six Americans lives in poverty. This once again confirms our message here at The Daily Bell since inception, and even before in other forums, that the current central banking system doesn't work and is causing tremendous problems.

This is not a hypothetical concern: As believers in voluntarism, the Invisible Hand and free markets generally, we're dismayed – discouraged and concerned – by the steady downturn of Western economies. Personally, I don't believe the more hopeful numbers that have been reported recently. I don't think the US is in anything approaching a recovery and Western Europe isn't, either.

The trouble is that people are apt to blame their problems on what they think the system is rather than on the reality, which is that throughout the West, and elsewhere as well, markets are honored more in the breach than not. Governments and powerful people are happier to talk about the benefits of competition and markets than they are to actually implement them.

What we have instead is a system in which a very few control the fundamental element of a market economy, which is the money itself. If one controls money – currency – that is utilized by a society one can by manipulating the volume and price expand or contract business at will.

When economies crash, those with printing presses are in an optimal position to purchase what has gone bankrupt. When economies expand, those with control reap the most rewards because they own the most businesses. Over time this system of control continually centralizes power, authority and wealth.

Ultimately, you end up with a polarized, fractured, frustrated society. Prosperity leaks away, creativity decreases, business opportunities are increasingly restricted to a privileged few close to the money spigot.

It is no coincidence. It is happening in Europe and the US. The evolution of this sort of society is especially sad in the US, which was created to combat this sort of oppressive centralization. And yet it is certainly occurring. Here's an excerpt from the AlterNet article:

Inequality is spreading like a shadowy disease through our country, infecting more and more households, and leaving a shrinking number of financially secure families to maintain the charade of prosperity.

1. Almost half of Americans had NO assets in 2009 … Analysis of Economic Policy Institute data shows that Mitt Romney's famous 47 percent, the alleged 'takers,' have taken nothing. Their debt exceeded their assets in 2009.

2. It's Even Worse 3 Years Later … Since the recession, the disparities have continued to grow. An OECD report states that "inequality has increased by more over the past three years to the end of 2010 than in the previous twelve," with the U.S. experiencing one of the widest gaps among OECD countries. The 30-year decline in wages has worsened since the recession, as low-wage jobs have replaced formerly secure middle-income positions.

3. Based on wage figures, half of Americans are in or near poverty …The IRS reports that the highest wage in the bottom half of earners is about $34,000. To be eligible for food assistance, a family can earn up to 130% of the federal poverty line, or about $30,000 for a family of four. Even the Census Bureau recognizes that its own figures under-represent the number of people in poverty. Its Supplemental Poverty Measure increases, by 50%, the number of Americans who earn between one-half and two times the poverty threshold.

4. Based on household expense totals, poverty is creeping into the top half of America … A family in the top half, making $60,000 per year, will have their income reduced by a total tax bill of about $15,000 ($3,000 for federal income tax and $12,000 for payroll, state, and local taxes. The Bureau of Labor Statistics and the Census Bureau agree that food, housing, and transportation expenses will deduct another $30,000, and that total household expenditures will be about $50,000. That leaves nothing.

5. Putting it in Perspective … Inequality is at its ugliest for the hungriest people. While food support was being targeted for cuts, just 20 rich Americans made as much from their 2012 investments as the entire 2012 SNAP (food assistance) budget, which serves 47 million people.

This is fairly clear evidence of what is taking place. While there is much talk of a US recovery, even the best statistical reports coming out now suggest that most US citizens have regained less than half of the assets they lost during the economic crisis of 2008-2009.

Without getting into larger issues, or even finger-pointing at the usual suspects, one can surely say with confidence that the system as it is currently constituted doesn't work.

It doesn't work educationally because young people in Europe and the US have educations that are perpetually mismatched with whatever employment is available. When one's society has 50 percent unemployment among youth, as several Western countries now do, then it is obvious something is not working correctly.

Then there are retirement issues. In Europe, austerity and unemployment are carving away at retirement benefits that millions of Europeans thought they were in line to receive, mostly from the state. But states are bankrupt themselves now and the benefits are being cut.

The US system opted for a different solution, encouraging people in various ways, both mandated and not, to invest in securities markets. But such markets are sensitive to the larger central banking business cycle. And when markets crashed during the financial crisis, family assets crashed as well.

What is rarely if ever noted among the blizzard of figures telling the sad story of economic insecurity and social disparities is that even a strong "recovery" will not combat the destruction that has already taken place. We are perhaps past a tipping point.

If we are correct about this change, it may eventually be one for the better. If this is so, it will be because of what we call the Internet Reformation, which is helping people see past the false promise of populism and the "strongman" leaders who cultivate it.

The hope for the world is freedom and free-market thinking. This central banking experiment, which is basically only 100 or so years old, needs to be reined in and even retired. Ideally, it would cease entirely and people would return to competitive currencies and to private money via gold and silver.

This will probably happen anyway, as the current environment is steadily eroding and nature abhors a vacuum. In the US and overseas, gray and black markets are taking the place of highly regulated ones and eventually, if governments don't relax monopoly monetary standards, people will begin using private money stuff and even create their own currencies, sanctioned or not.

The current system is bringing us ever-wider income disparities and if this is an intentional policy, as I believe it is, then those insisting on it are playing a dangerous game. Too many people understand the manipulation for its degradation to be utilized convincingly as a justification for even more globalism.

Those who comprehend the high stakes being generated by the current destructive malaise will no doubt protect their families, friends and communities as much as possible in a variety of ways. We've discussed them in the past. Education is key, of course, and other defensive actions as well.

We've tried to help with the education part and I am proud of that, though, of course, more needs to be done. The current situation is either going to resolve itself into something more populist and perhaps more violent, or something that is increasingly free and punctuated by secession and creative and fruitful individualism generated via human action.

One solution is surely more peaceful than the other – and has a chance to retain and even build on the kind of prosperity the West has been familiar with in the past. I know which side I am on. Do you?