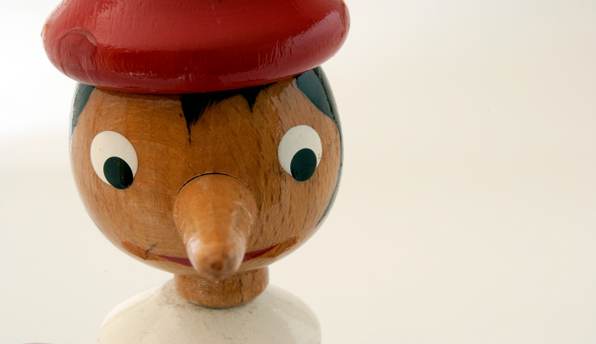 EDITORIAL
The Great Deceiver — The Federal Reserve
By Paul Craig Roberts - May 13, 2014

Is the Fed "tapering"? Did the Fed really cut its bond purchases during the three-month period November 2013 through January 2014? Apparently not if foreign holders of Treasuries are unloading them.

Certainly Belgium did not have a budget surplus of $141.2 billion. Was Belgium running a trade surplus during a 3-month period equal to 29 percent of Belgium GDP?

No, Belgium's trade and current accounts are in deficit.

Did Belgium's central bank print $141.2 billion worth of euros in order to make the purchase?

No, Belgium is a member of the euro system, and its central bank cannot increase the money supply.

There is only one source. The money came from the US Federal Reserve, and the purchase was laundered through Belgium in order to hide the fact that actual Federal Reserve bond purchases during November 2013 through January 2014 were $112 billion per month.

In other words, during those 3 months there was a sharp rise in bond purchases by the Fed. The Fed's actual bond purchases for those three months are $27 billion per month above the original $85 billion monthly purchase and $47 billion above the official $65 billion monthly purchase at that time. (In March 2014, official QE was tapered to $55 billion per month and to $45 billion for May.)

Why did the Federal Reserve have to purchase so many bonds above the announced amounts and why did the Fed have to launder and hide the purchase?

Some country or countries, unknown at this time, for reasons we do not know dumped $104 billion in Treasuries in one week.

Another curious aspect of the sale and purchase laundered through Belgium is that the sale was not executed and cleared via the Fed's own National Book-Entry System (NBES), which was designed to facilitate the sale and ownership transfer of securities for Fed custodial customers. Instead, the foreign owner(s) of the Treasuries removed them from the Federal Reserve's custodial holdings and sold them through the Euroclear securities clearing system, which is based in Brussels, Belgium.

What are the reasons for this deception by the Federal Reserve?

The Fed realized that its policy of Quantitative Easing initiated in order to support the balance sheets of "banks too big to fail" and to lower the Treasury's borrowing cost was putting pressure on the US dollar's value. Tapering was a way of reassuring holders of dollars and dollar-denominated financial instruments that the Fed was going to reduce and eventually end the printing of new dollars with which to support financial markets. The image of foreign governments bailing out of Treasuries could unsettle the markets that the Fed was attempting to soothe by tapering.

A hundred billion dollar sale of US Treasuries is a big sale. If the seller was a big holder of Treasuries, the sale could signal the bond market that a big holder might be selling Treasuries in large chunks. The Fed would want to keep the fact and identity of such a seller secret in order to avoid a stampede out of Treasuries. Such a stampede would raise interest rates, collapse US financial markets, and raise the cost of financing the US debt. To avoid the rise in interest rates, the Fed would have to accept the risk to the dollar of purchasing all the bonds. This would be a no-win situation for the Fed, because a large increase in QE would unsettle the market for US dollars.

Washington's power ultimately rests on the dollar as world reserve currency. This privilege, attained at Bretton Woods following World War 2, allows the US to pay its bills by issuing debt. The world currency role also gives the US the power to cut countries out of the international payments system and to impose sanctions.

If the world loses confidence in the dollar, the cost of living in the US would rise sharply as the dollar drops in value. Economic hardship and poverty would worsen. Political instability would rise.

If the dollar lost substantial value, the dollar would lose its reserve currency status. Washington would not be able to issue new debt or new dollars in order to pay its bills.

Its wars and hundreds of overseas military bases could not be financed.

The withdrawal from unsustainable empire would begin. The rest of the world would see this as the silver lining in the collapse of the international monetary system brought on by the hubris and arrogance of Washington.