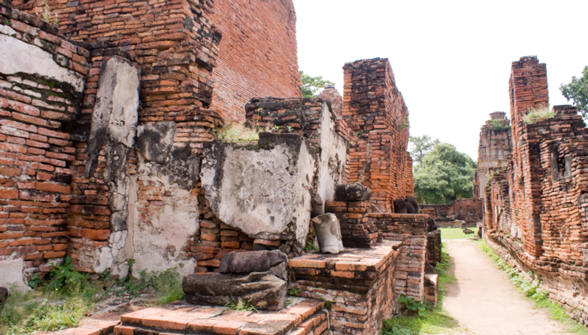 Not that long ago government and free market proponents were at sword's point, but no more. With little left in the private sector to rip off, the financial gangsters have turned to the public sector and put to work for them the free market economists' advocacy of privatization. Governments themselves became part of the conspiracy once the politicians realized that looting public assets was an efficient way to reward their private benefactors.

We can see the entire picture in the David Cameron government's privatization of the British Royal Mail. The prime minister has described the looting as "popular capitalism" even though the British public overwhelmingly opposes turning over the mail service to a profit-making enterprise.

The British government's pursuit of policies opposed by the public shows the absence in Britain of the very democracy that British prime ministers, such as Blair and Cameron, are so anxious to help Washington spread with invasions, cluster bombs, and depleted uranium to Afghanistan, Iraq, Libya, Syria, and Iran.

Here is how the Royal Mail is being privatized or, rather, looted.

First Cameron's government, guided by the financial gangsters, undervalued the assets of the Royal Mail and assumed mail delivery charges below those that will be charged. This fictitious accounting allows public assets to be transferred to the politicians' private benefactors at a price below their value.

For example, all of the Royal Mail's real estate is being transferred to the new private owners for less than the value of the Royal Mail's London real estate alone. Neil Clark reports that one Royal Mail London depot is worth about one billion British pounds; but the entire real estate assets of the Royal Mail – public property – is being transferred to the new private owners for about three-quarters of one billion British pounds. The deal was so loaded in favor of the private purchasers that the share price rose almost 40 percent on the first day of trading. (This might have been some sort of nominal trading, as the deal possibly has not been finalized.)

According to reports, many of the mail carriers are going to lose their jobs, and the public, not the private purchasers, is stuck with the liability of the Royal Mail pension fund, which is about $55 billion dollars. So the private looters get the assets but not the liabilities.

The purchasers are the financial gangsters in whose behalf economic policy is run in the US, UK and Europe, and, you guessed it, Goldman Sachs made $33.5 million "advising" Cameron on the sale.

Wall Street and the City of London, the two world financial centers so beloved and misrepresented by free-market economists as financiers of investment and economic growth, are in fact legal, government supported, Mafia gangs that loot. Their profits come from looting.

We are seeing them at work in Greece, where the sanctity of financial profits requires public assets to be sold at bargain basement prices to private interests. The deal requires protected islands of the national heritage be turned over to real estate developers, and public assets such as water companies, ports, and the state lottery be sold at lucrative prices to private interests consisting of the private banks and their clients.

In Italy government indebtedness is forcing the sale to private investors of historic castles and villas and the Island of San Giacomo in one of Venice's lagoons. These national treasures will be turned into hotels, restaurants, and resorts for the one percent.

Are the British Museum and the Smithsonian next to be privatized?

In America prisons are privatized despite the incentive this gives to produce inmates.

Western civilization, to the extent that any civilization remains, is confronted with a total collapse of economic and government morality. Looting and exploitation rule, and the presstitute media does its best to hide the fact.

Western civilization has been reduced to remnants – historical artifacts, picturesque villages in England and France, German efficiency, joie de vivre and good food in France and Italy and architectural masterpieces and classical music created before our lifetime.

In addition to Wall Street's mechanisms for looting, America contributes technology for putting the entire world under constant surveillance, exploiting the information for economic benefit and for silencing dissenters.

Western civilization has lost its attractiveness. As nothing remains but a shadow of its former self, it will not be missed as it disappears into a bottomless pit of corruption.