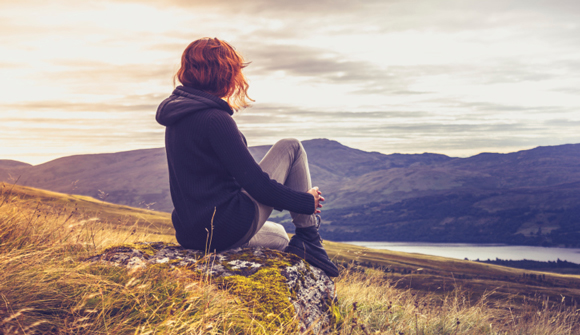 This week, we'll see the truly subversive nature of Jesus' teachings… a subversion that remains unappreciated but potent. One has to wonder what would happen if large numbers of professed Christians took these concepts seriously.

In Chapter 2, we explained how gods became mixed in the ancient world as one group overran another and superimposed their god upon the previous god. Eliminating the old god was not practical for the goal of easy rulership, so it was retained, with the new god becoming a partner in the enterprise. The particular case covered was a female production-god being overrun by a male plunder-god. The gods of men have been mixed ever since.

So, who was god to be? Is he (or she) kind or vengeful? Does he champion creative synthesis or lordly control? Does he save or does he prefer to punish? Who is this being, really?

Jesus sets out a new version of God, and one that is further from the plunder-god and much closer to the production-god. It is true that elements of each come across in the recordings of Jesus' sayings, and it is likely that the versions we have are not identical to his actual teachings. Regardless, to a very significant extent, Jesus went about to unmix the gods. Whether Jesus thought of it this way or not, a good deal of his message addresses this issue, and in ways that are seldom appreciated.

First of all, Jesus constantly separates his god from all previous gods, even the god of the Jews. At one point, he tells a group of religious Jews: It is my Father that honors me; of whom you say, that he is your God: Yet you have not known him. His followers would maintain that Jesus was trying to bring the Jews back to the true god – and Jesus may well have said this himself – but the point remains, he describes a god who is different in nature from the one they are currently worshipping.

To begin with, Jesus' God is not an arbitrary judge above; he is Jesus' father. And, more than that, a loving father. And this father loves "his own" in the world. In fact, Jesus goes so far as to say that his father loves his followers as much as he loves Jesus.

Jesus further brings divine ability back down among men, much like the production-goddess did. When people are healed, he tells them: Your faith has made you well. He tries (to little avail1) to convince them that divine power is present among normal humans, just in not a special man like himself. According to your faith, it is done unto you. He comes back to this subject frequently, telling his students that they will be able to do everything he has done, and although the message was apparently lost by these men, the record of his attempts remains.

Associated with this are the ideas of hierarchy and separation, which are generally associated with rulers and with priesthoods, respectively:

Plunder cultures formulated gods that justified and aided their rulers: Hierarchical, demanding and punishing. Jesus differs2. He does mention a final judgment at the end of human civilization (with associated rewards or penalties), but to men within their earthly lives, his god much prefers to plead rather than to punish.

Religious leaders of all types have usually preferred to make God very high and man very low – creating a great separation. This, obviously, makes them far more important, as the special humans who are able to communicate across this great gulf. Jesus very directly addresses this, resolutely condemning the very idea of a special class of priests and eliminating a gulf between god and man.

This is a rich subject for believers and for theologians, but we will not spend great time on it here. The crucial issue is that Jesus made significant and persistent efforts to describe the true nature of god as much closer to the production goddess than to the plunder ruler.

Jesus tried long and hard to stop men's minds from thinking about the enforcer above, who would punish them for stepping out of line. He wanted to replace this thought process with something better. He, clearly, set a new foundation for judging right and wrong.

Notice some of the things Jesus says:

These are only some more overt examples. Jesus clearly instructs men to judge themselves by reference to things internal rather than external. Indeed, he demands it of them.

This teaching of Jesus describes an entirely new moral system, based on a completely different operative mechanism than that of the Law of Moses or of any hierarchy that has ever existed. According to Jesus, you are to judge by self-reference, not by referral to a set of edicts made or enforced by others.

This new formulation is highly subversive3. Indeed, it is fundamentally incompatible with every centralized application of governance.

1As in many other applications, it is easier to paint a man like Jesus as "the great one," and justify one's own lack of advancement, since "we are not special like him." Once again, self-improvement is a difficult business, and one that most men are happy to evade.

2In general, Jesus removes divine judgment to where the Hebrews had originally removed their God – outside of the created world.

3Which may explain why it has never been championed: Too risky.