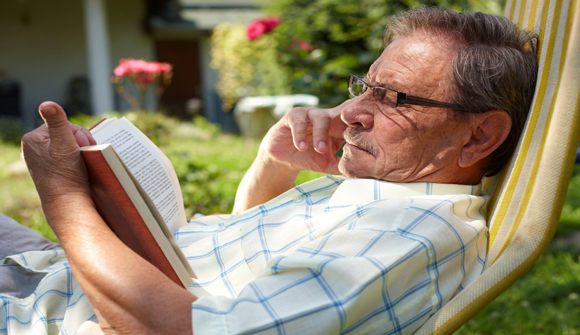 Surveillance is nothing new. In fact, it goes back some seven thousand years. Then, as now, it quietly destroyed productive modes of life. Furthermore, it was fundamental in setting one class of people (rulers) above all other people (the ruled).

This two-class division of humanity was not always with us; it began in specific ways, which we'll examine today.

THE PROGRESSIVE CHOKING OF CREATIVITY

As illustrated by last week's time line, the great benefactors of humanity – the unnamed first farmers – experienced a stunning explosion of creativity and very shortly found themselves the effective prisoners of barbaric, ignorant men who harnessed and slowly ruined what they had created.

At first, the farmers simply gave up a portion of their harvest and tried their best to work around the stupid, barbaric rulers. It was only when a more clever set of rulers arrived that the more serious damage began. This, more serious damage, was two-fold:

It is important to remember that the cities we are discussing here were small by modern standards. That meant that the ruler was never terribly far away and there was often no dark corner to hide in. The watcher was close and records were kept. Hiding was difficult.

As successive waves of rulership rolled over the Tigris-Euphrates valley, the structures of government and their associated theologies and punishments occupied more and more of men's minds and activities. During the semi-creative city-state period (5400-3000 B.C.) temple complexes like the one shown below1 were common.

The Government Buildings of Uruk in 3400 B.C.

One of the primary features of these temple complexes was that they separated 'ordinary' men from their rulers and, especially, from the holy places. Restricted passages, courtyards, and great stairways had to be traversed in order to reach the important places. This had multiple effects:

Another function of the temple complex buildings and palace buildings were as halls of records. This love of control and order extended all through the years after 5400 B.C. For example, an archive has been unearthed at a city called Ebla, dating from 2350 B.C. The room was ringed with shelves and held approximately 2100 clay tablets. On the tablets were administrative records of:

This is but one example of Sumerian record-keeping. Thousands of additional tablets have been found, recording things such as:

A final and crucial area of importance was the general psychology of the people of Sumer. Enough records exist to reconstruct the general mind-set of the Sumerian period; that is, in the period of serious decline. Kramer says2:

A Sumerian tended to take a tragic view of his fate and destiny. They were convinced that man was fashioned from clay and created for one purpose only: to serve the gods by supplying them with food, drink and shelter so that they might have leisure for their divine activities.

You can see here the result of the long centuries (millennia, in fact) of indoctrination by rulers and priests. Holding a tragic view of life means that very little action will be taken to change anything. By this point, these people had accepted that their role in life was little different than that of slaves or intelligent beasts of burden.

At about 2200 B.C., near the end of the Sumerian empire, a father writes this to his son:

Do not speak ill, speak only good. Do not say evil things, speak well of people. He who speaks ill and says evil—people will waylay him because of his debt to Shamash. Do not talk too freely, watch what you say. Do not express your innermost thoughts even when you are alone. What you say in haste you may regret later. Exert yourself to restrain your speech.

Worship your god every day. Sacrifice and pious utterance are the proper accompaniment of incense. Have a freewill offering for your god, for this is proper toward a god. Prayer, supplication, and prostration offer him daily, then your prayer will be granted, and you will be in harmony with god.

Note the caution, the uncertainty of mind, the fear of being impious. This is what control, regulation and fear breed. It created a mass of people who were easy to rule but unable to adapt, arise or create. Thus Sumer, the place of humanity's greatest explosion of progress, descended into uselessness and was overrun in full.

By the time of the death of the Sumerian empire, rulers the world over were trying to conquer city after city and string them into empires. This lasted for more than five hundred years, during which time there were Egyptian, Babylonian, Hittite, Assyrian, Kassite and Elamite empires.

1This is an excavation grid from the city of Uruk, which was constructed at about 3400 B.C.

2Again, from his essay "Sumerian History, Culture and Literature."