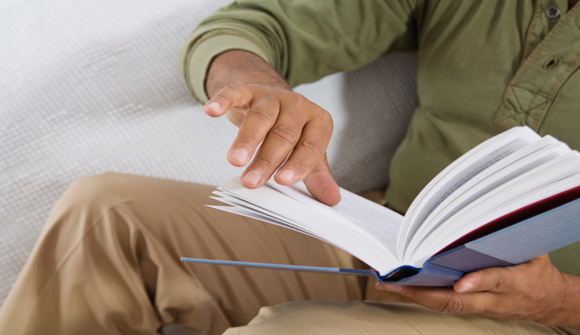 The cynical dictum, one sows, another reaps, is sometimes true in real life, but it has been burned into our history books. In some primary instances, usurpers have, famously, been given credit for what they did not create, but rather destroyed.

One final issue of importance was the language that the Greeks spoke. Their Indo-European grammar, with its categories of gender, its sharp distinction of person and number, and its great emphasis on chronological tense, instilled in them (as it does in most every Indo-European speaker) a certain level of logical attitude toward life.

This is not a minor point, and the Indo-European languages differ in this way from others, such as the languages of the Far East, which emphasize relative class levels. What people assume1 in their speech has a powerful effect upon them.

HAVING THIS MIND IN THEM…

Because of the mountainous and irregular geography of Greece, stringing city-states together into an empire was a difficult thing to do. Certainly it was tried, but the obstacles were significant and a single organization was never able to dominate the civilization. Because of this they never developed a strong nationalistic priesthood that served the state. Their mythology became more a set of moralistic fables than a theology. Then, with an intellectual life fully separate from rulership or a priesthood, these men and women examined human grouping and military defense in the light of reason, more or less independent from mythology. Their practical organizational methods of democratic city-states and temporary defense alliances were developed from this base.

Greek applications of democracy included such practical measures as random drawings for public duties and a mandate that an attempt was made at a private settlement before almost any case could be brought to court.

The basic unit of politics in Ancient Greece was the polis, or city-state. Each city was essentially independent. Some cities might be subordinate to others (a colony traditionally deferred to its mother city), some might have governments dependent upon others, but the supreme power of each city was located within that city. This meant that when Greece went to war, it took the form of an alliance going to war. It also allowed for wars within Greece, between different cities.

The Greeks exhibited a vigorous, healthy intellectual life. Those wealthy enough to enjoy leisure went to the gumnasion, which was a place to exercise both mind and body. They flocked to watch Greek tragedy, a subtle and sophisticated medium. And, as evinced by their public art, they had a keen eye for technical as well as artistic excellence.

At the same time, the early Greeks exhibited considerable control over base appetites and grasping desires. The freemen of the Assembly (their legislative body) could have voted themselves whatever they liked, such as generous pensions for life, but they did not.

The well-rounded natures of the early Greeks were admirable, and their general situation lasted for a few hundred years, until Athens found itself in a position to lord it over the other cities… and did.

ATHENS LEADS GREECE INTO THE WAY OF ALL EMPIRES

In the wake of the Persian Wars (491–479 B.C.), Greek city-states formed a voluntary alliance, "to exact vengeance by ravaging the Persian king's lands." And, as vengeance so often does, it led them all to their eventual downfall, as the alliance was converted into an Athenian empire2.

The alliance – called the Delian League because its treasury was on the island of Delos – was formed in 478 B.C. and led by Athens. Policy decisions were made at meetings on Delos, where all members had one vote. Athens calculated the states' annual contributions, which were made in either warships or in cash. The League was especially popular among Greek states most open to Persian attack, located on the western coast of Asia Minor (modern Turkey) and the islands offshore.

At first things went well and membership of the League reached nearly 200 states. But signs of dissatisfaction with Athens began to appear. The islands of Naxos and Thasos tried to secede, the latter in a dispute with Athens over mining and trading rights. Athens forced them back. Around 454 B.C., the League treasury was moved from Delos to Athens. At about the same time, Athens started planting settlements of Athenians on 'allied' territory. When cities began attempting secession later, Athenian 'overseers' and 'garrison commanders' took control.

Around 450 B.C. a final peace was made with Persia, but Athens saw to it that the League kept going. By this time, only three states contributed ships, and all the rest money. Athenian inscriptions relating to the League began to read: The cities which the Athenians control. Pericles (the renowned wise man of Athens) admitted that Athens had become, "like a tyranny."

What had started as a free union of states pursuing mutual interests slowly turned into an empire run by the Athenians pursuing their own interests. It would still be some time before Greece would reap the rewards of this moral devolution, but this was the turning point and no one went about to reverse it. Even Pericles acquiesced, saying that if it was dangerous to start it, "it would be worse to let it go."

In 405 B.C., the Spartan general Lysander virtually destroyed the Athenian fleet. Athens surrendered one year later, to end the Peloponnesian War. The war had left devastation in its wake. Many of the cities were unhappy with the Spartan dominance that followed, and this induced the Thebans to attack. They defeated Sparta at the Battle of Leuctra in 371 B.C., inaugurating a period of Theban dominance in Greece.

In 346 B.C., unable to prevail in its ten-year war with Phocis, Thebes called upon Philip II of Macedon for aid, and he quickly conquered the exhausted cites of Greece. The basic unit of politics from that point on was the empire, and the golden age of Greece had fully ended. The conquests of Alexander did follow, but they were very short-lived and contrary to almost all that had once been considered Greek. Within 150 years, Greece became an unremarkable province of Rome, and nothing more.

REPRISE: THE WRONG GUYS GET THE CREDIT

In this case, again, it can be seen that the wrong people have been given the credit for human advancement. The Athenians, who fell heir to the creations of earlier Greeks, have generally been heralded as the great developers and examples, when it was, in actual fact, they who ruined the operation.

This is almost identical to the situation we explained in the previous chapter, where the people who have been given the credit for creating the first civilization, inventing the wheel, and so on, were not the ones who actually did it, but were rather the usurpers and destroyers of human progress. As we explained, the Sumerians were a much later group of people than the early creators, and they presided over the final decline and destruction of that civilization.

A few lines are in order to explain why this is3. The key reasons are the following:

But, for whatever reasons, credit has gone to the usurpers and the wasters of human progress. One sows, another reaps. Productivity is overrun by plunder.

The following graph shows this process in a highly generalized form.

The General Cycle of Production and Plunder

This production/plunder cycle plays itself out in the following way4:

1The important thing is that these things are learned in early childhood, when we have very little analytical ability. After that, they are assumed and rarely analyzed.

2It is highly ironic, but this story line would make an excellent Greek Tragedy.

3We are straying a bit from our subject matter here (and into popular culture), but I think it is warranted, since almost all of my readers will have had similar experiences to my own – wherein the Sumerians and the Athenians were given credit for the advances of mankind and our true benefactors were never mentioned.

4Note that this graph shows the same set of relationships as those between host and parasite and those of prey and predator.