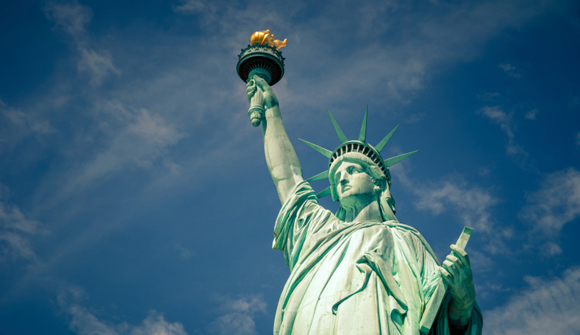 The news shows and the editorial pages of America's mainstream media have all focused on the claimed extremism of the Tea Party conservatives in bringing about an apparent partial government shutdown and trying to prevent an increase in the national debt limit.

The political pundits have also given a collective sigh of relief that hundreds of thousands of federal bureaucrats are back at their desks protecting the national "ship-of-state" from the free choices that private citizens might make if not kept on the short leash of government regulation, control and oversight.

The focus is now shifting to the new deadlines that Washington will face in January and February 2014, when, respectively, the temporary budget resolution ends and the federal debt limit will have to be raised, again.

What is not being given the attention it deserves in this political battle is that what is at stake is not simply whether the government will be allowed to continue borrowing next year, or whether ObamaCare will start to be fully implemented.

The real issue facing the United States concerns the soul of the American people. It is really about the kind of America that we will have in the 21st century. For decades the country has been moving away from it historical roots in a political philosophy of personal freedom and drifting further and further in the direction of political paternalism.

The noose of government control has been tightening around the collective neck of the nation. More and more aspects of our lives have come under the supervision and manipulation of the government. The government educates our children; it provides us with retirement checks; it increasingly manages our health care and medical matters; it redistributes wealth from those deemed to have too much to those considered not to have enough; it regulates the food we eat, the places where we work and the way we produce, as well as signing off on the goods and services we buy.

Government tries to ban what it decides is harmful for us to do or use, it oversees how and with whom we interact, and for what purposes, and it increasingly surveills every move we make and every phone call we take.

Size of Government and Dependency

In 1913, one hundred years ago, just before the beginning of the First World War, all levels of government – federal, state and local – taxed away and spent only about 8 percent of national income, leaving the remaining 92 percent in the pockets of the American people to spend as they considered best. Today, all levels of government siphon off and spend over 35 percent of national income.

But what is important is not merely these numbers, however significant they are in understanding the drag of government on the productive private sector. More important is what they indicate about a psychology of dependency among the American people on the activities of the government.

This is not simply those who may receive welfare checks, or who are directly employed by the government. Or even all those who are indirectly dependent upon trillions of dollars of government spending for all or a good portion of their business profits or personal income.

It is the fact that far too many Americans cannot imagine a world in which government did not do this vast array of things in society. Even among many opponents of "big government" there is too frequently an attitude that government has to be cut down in size, but not when it comes to government program "X" or "Y," or redistributive activity "Z."

After the famous Frenchman Alexis de Tocqueville visited the young United States in the 1830s, he wrote what is still considered one of the great classics of political philosophy, Democracy in America. He said that what stood out most about the Americans were their "habits of the heart" and their "character of mind."

The quality of the people amazed him, with their belief in personal freedom, self-responsibility, a strong spirit of enterprise and an attitude that "social problems" were not the concern of government, but could and should be effectively handled through voluntary association and local community effort.

Here were a people – blended together from many different lands – who refused to bow before kings, who believed in their capacity to be "self-governing" individuals over their own lives, and who considered the role of government to be a protector of their liberty, not the controller of their destinies.

Are these still the "habits of the heart" and "character of mind" in the American people today? In some it certainly remains so. But for too many of our fellow citizens, their minds cannot conceive of a world without government paternalism "carrying" and "providing" for them in one form of another. And their hearts are fearful of a life of self-responsibility in which the government does not guarantee them a job, provide for their old age, give them an education, supply their health care, or protect them from their own "bad" choices.

ObamaCare is merely the latest form of this drift in American society. We need to ask ourselves what kind of people we wish to be: free men and women who make their own decisions and accept responsibility for their actions, both when they are "good" and "bad," and when they are successful or a failure? Or do we want to be provided-for puppets at the end of strings controlled by political masters?

Unless we reclaim and restore those qualities in the American people that so impressed Alexis de Tocqueville over 175 years ago, nothing will stop the implementation of ObamaCare, and the imposition of every other future government program that ends with the loss of even more liberty in the decades to come.

The citizenry's character, and not a congressman's craftiness, will determine America's path in this century.