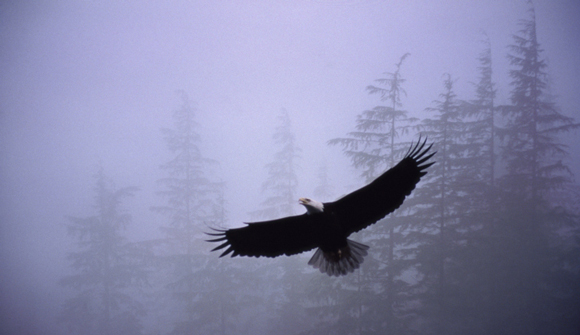 EDITORIAL
Restoring the Ideal of Liberty in America
By Richard Ebeling - November 12, 2013

The deeper problem that Obamacare represents is whether Americans shall be a free and self-responsible people, or a nation of sheep led by a political and paternalistic elite of shepherds.

It concerns the issue of what kind of America people want and the consequences for the country looking forward to the remainder of this century.

America as a Nation of Self-Governing Individuals

From the time of the founding of the nation with the Constitution over 225 years ago to well into the 20th century, the presumption was that America was a nation of self-governing individuals. The American people were not only "self-governing" in the sense that they voted for and elected those who held political office and implemented the laws of the land.

No, at a deeper and more fundamental level, the uniqueness of the American experience was that the individuals comprising the nation were to be self-governing over their own lives. They would find and pursue a purpose and meaning for their own lives. They would search out and apply the means and methods they considered most appropriate to achieve their goals in life.

This included being responsible for planning and securing the everyday needs and requirements of their life and that of their families. This included learning a trade or profession through which they could earn the means to be self-supporting. It meant saving for their own futures, educating their own children and thinking ahead for any medical emergencies that may arise.

They did not do this in the caricature of the self-sufficient farmer cut off from others in the world. No, it was through each person's participation in the free-market system of division of labor in which each specialized in offering some useful and valued good or service in exchange for what their neighbor would offer in trade that they could produce better and less expensively than him.

The hallmark of "American exceptionalism" was the rejection of the "old world" system of paternalistic and controlling government in which individuals were told what and how they could produce and work; what goods they might purchase from home manufacturers or from abroad; how they might live their lives, and be assigned a place in society that the rulers claimed was "good" for them and the national or collective good as a whole.

Each Individual as Sovereign, Not the Property of Government

Americans rejected the notion that they were the property of a king or the state. They owned themselves as free individuals. Each person was a "sovereign" over his own life. And human relationships in that free America were founded on the morality and practice of voluntary association and mutual agreement among people for their shared goals and purposes. Government and its power to use force was not there to tell people how to live, but to protect each individual's right to life, liberty and honestly acquired property to shape their own lives.

This stands in stark contrast to the political presumptions of today. In modern America it is assumed that people are not knowledgeable or trustworthy enough to care for themselves and their families. Everywhere we turn the government regulates, controls, restricts, prohibits and commands.

The government plans our retirement; educates our children; tells us at what we may work, the pay we may receive, and the conditions under which we may be employed; government dictates the nature, qualities and characteristics of the goods we buy and the services we use; it tells us what we may eat, drink, or otherwise consume; it restricts with whom we may associate and for what purposes. And, now, government wants to determine virtually all of our medical services and options.

After decades of expanding government intrusion and intervention in our lives, a growing number of Americans have even lost an understanding of what freedom means and why it is important. In other words, too many of our countrymen seem not to appreciate liberty.

The Meaning of Liberty

For all who are friends of freedom, our primary task is to do everything in our power to reawaken that understanding among our fellow Americans. They need to be reminded that:

Liberty means the right of each individual to live his life as he chooses, guided by his own values and beliefs – about what will give him happiness and meaning to his life.

Liberty means respect for the equal rights of others to live their lives as they choose and desire, and trying to influence our fellow men only through reason, persuasion and the examples of our own lives, and not through government commands and prohibitions.

Liberty means that human relationships should be based on peaceful and voluntary consent, and not political regulations and control.

Liberty means that each individual's honestly acquired property and income is respected as rightfully his, and may not be plundered and taxed away by others, even when majorities think some minority has not paid some supposed "fair share."

Liberty means solving what may seem to be "social problems" through charity, philanthropy and voluntary association, and not through political paternalism imposed through forced redistributions of income and wealth.

Liberty means the free, competitive interaction of people in the marketplace of goods and ideas, out of which comes the creative and innovative energies of mind and effort that bring about rising standards of living for all.

And liberty means a limited government, a government whose purpose is to protect each individual in his freedom and peaceful market and social affairs, and is not to be an agent of political oppression or economic favoritism through special privileges and benefits that are given to some at the expense of others in society.

These are not easy rules and ideals to live by, but they are what America was founded on, and which made America great – a land with both freedom and prosperity. And if they are not valued, believed in and practiced in our lives once again, our freedom and that of our children and grandchildren may be lost for a very long time.