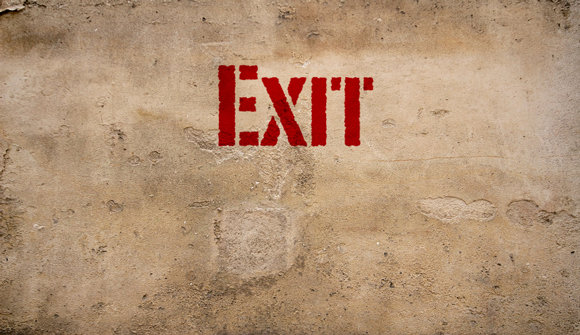 The recent media reports that the Federal Reserve has devised an "exit strategy" to reverse their nearly $3 trillion increase of the money supply over the last several years shows that the monetary central planners remain wedded to the philosophy of "fine-tuning."

The "Fed" leadership still retains the hubris that they can manipulate the economy into sustainable "soft landings" following their own monetary "irrational exuberance."

Having created the bubbles that burst in 2008-2009, the Fed has since then bought up historically huge amounts of US securities and mortgages in a relatively short period of time.

In the process, the Fed has undermined any rational functioning of the financial markets by basically establishing a maximum price control on (especially short-term) nominal interest rates not much above zero. (And when adjusted for CPI-measured price inflation, according to the St. Louis Federal Reserve Bank, the "real" interest rates on Federal Funds and one-year Treasuries are more than 1.5 percent in the negative range.)

It is not surprising that businesses and individuals have sometimes found it difficult to obtain loans when banks must use to a greater degree than normally the case various credit rationing standards other than market-generated intertemporal prices (market-based interest rates), since these hardly exist.

Who knows what may be the prospective profitability of a business investment or a construction project or even a home loan when the necessary market-based rates of interest used to estimate the present value of future-oriented and time-consuming activities have been manipulated out of existence by Fed monetary policy?

This makes financial institutions both excessively cautious and unreasonably reckless. Fearful of over extending themselves, again, banks and other lending institutions have increased their standards of credit-worthiness in evaluating various loan applications. But, at the same time, without market-generated interest rates to inform lenders about the real opportunity costs of lending as an important benchmark in judging the prospective profitability of loan applications, funds are too easily extended to borrowers for investment and other projects that may be found to be unprofitable in the future, if and when interest rates start to rise again and are more reflective of their real market-clearing levels.

Ben Bernanke and company assure us that they will carefully read the monthly price inflation and unemployment statistics and decide by how much to increase or decrease their buying or selling of US Treasuries and mortgages, to start to nudge interest rates up (or down, again) to assure that "soft-landing" in a post-quantitative easing environment.

The Fed's monetary manipulations in the name of easing out of "monetary easing," however, will guarantee that interest rates will continue to not tell the truth about the real amount of savings in the economy to support potentially profitable investments and with what sustainable time horizons. Thus, the Fed is and will be setting the stage for future market corrections, which they will, no doubt, once again blame on "imperfections" in the financial sector rather than their own monetary policy.

The Federal Reserve monetary central planners are caught in the time warp of the heady days of 1960s Keynesian thinking when discretionary monetary and fiscal policy was considered the "keys to the kingdom" to economy-wide economic stability and growth. All the talk by Bernanke about aiming at a general "inflation-target" of about two percent average price increases per year, merely states the "bulls-eye" their discretionary policies are shooting at.

The confusion is exacerbated when it is remembered that the price inflation "target" is not something objectively "out there," confronting the Federal Reserve authorities as something to be battled with. It is a statistical construct that averages the prices of a selected "basket" of goods and services, the value of which is heavily influenced by the very monetary policies that are meant to "control" it. It is like the dog chasing his own tail.

The mind-set of those at the helm of the Federal Reserve is one that reflects a belief that having control over the tools of monetary policy-making assures the power to effectively and successfully control an entire economy. Instead, we are, no doubt, heading for the bad consequences of another example of what F.A. Hayek called "the pretense of knowledge" on the part of the social engineers.