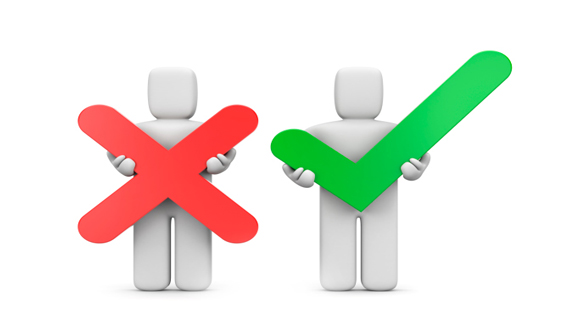 EDITORIAL
Thinking an Unthinkable: No Voting Right for Those Living at the Taxpayer's Expense
By Richard Ebeling - June 07, 2013

One of the most sacred ideas in our democratic era is the belief in the universal and equal right of all citizens to have the voting franchise. Yet some have argued against this "right." But their challenge to an unlimited right to vote has not been based on grounds of gender, age, or property ownership.

One such critic was the famous British social philosopher and political economist, John Stuart Mill. In his 1859 book, Reflections on Representative Government, (Chapter 8, 'Of the Extension of the Suffrage'), Mill argued that those who received "public relief" (government welfare) should be denied the voting franchise for as long as they receive such tax-based financial support and livelihood.

Simply put, Mill reasoned that this creates an inescapable conflict of interest, in the ability of some to vote for the very government funds that are taxed away from others for their own benefit. Or as Mill expresses it:

"It is important, that the assembly which votes the taxes, either general or local, should be elected exclusively by those who pay something towards the taxes imposed. Those who pay no taxes, disposing by their votes of other people's money, have every motive to be lavish and none to economize."

"As far as money matters are concerned, any power of voting possessed by them is a violation of the fundamental principle of free government . . . It amounts to allowing them to put their hands into other people's pockets for any purpose which they think fit to call a public one."

Mill went on to explain why he considered this to be especially true for those relying upon tax-based, redistributed welfare dependency, which in 19th century Great Britain was dispersed by the local parishes of the Church of England. Said Mill:

"I regard it as required by first principles, that the receipt of parish relief should be a peremptory disqualification for the [voting] franchise. He who cannot by his labor suffice for his own support has no claim to the privilege of helping himself to the money of others . . .

"Those to whom he is indebted for the continuance of his very existence may justly claim the exclusive management of those common concerns, to which he now brings nothing, or less than he takes away.

"As a condition of the franchise, a term should be fixed, say five years previous to the registry, during which the applicant's name has not been on the parish books as a recipient of relief."

I would suggest that the same argument could be extended to all those who work for the government, for as long as they are employed by the government they are directly living off the taxed income and wealth of others.

And if it is said that government employees pay taxes, too, the reply should be that if you receive a $100 salary from the government and pay in taxes, say, $30, you remain the net recipient of $70 of other people's money and are not a contributor to the costs of government.

Extending this logic a little further, I think that the same case could be made that all those who live off government expenditures in the form of government contracts or subsidies should likewise be excluded from voting for the same conflict of interest reasons.

Such individuals and their private enterprises may not be totally dependent upon government expenditures for their livelihood. A rule might be implemented that to be eligible for the right to vote: no individual or the private enterprise from which he draws an income should receive (just for purpose of example), say, more than 10 percent of his or her gross income from government spending of any sort.

If such a voting restriction had been in effect 100 year ago, it is difficult to see how the government could ever have grown to the size and cost that it now has in society.

In turn, if there were any way to implement such a vote-restricting rule, it is equally hard to see how the current, gigantic interventionist-welfare state could long remain in existence. Government, no doubt, would soon be cut down to a far more limited and less intrusive size.

Our dilemma, today, is that, to use John Stuart Mill's phrase, we have a political system in which many who have the right to vote use it "to put their hands into other people's pockets for any purpose which they think fit to call a public one."

Unless some way is found to escape from our current political situation, to use Frederic Bastiat's words, in which the State has become the "great fiction" through which everyone tries to live at everyone else's expense, we are facing a fiscal and general social crisis that may truly be destructive of society in the coming years.