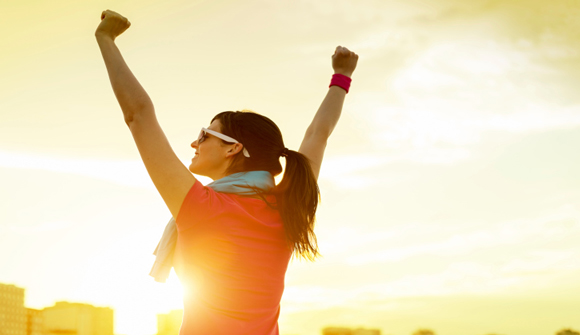 EDITORIAL
What Friends of Freedom Can Learn from the Socialists – To Win Freedom!
By Richard Ebeling - February 28, 2011

On March 14, 1883, a German philosopher living in exile in London passed away. When he was buried three days later in a modest grave where his wife had been laid to rest two years earlier, fewer than ten people were present, half of them family members. His closest friend spoke at the grave-site and said, "Soon the world will feel the void left by the passing of this Titan." But there was, in fact, little reason to think that the deceased man or his long, turgid, and often obscure writings would leave any lasting impression on the world of ideas or on the course of human events.

That man was Karl Marx.

Advocates of liberty often suffer bouts of despair. How can the cause of freedom ever triumph in a world so dominated by interventionist and welfare-statist ideas? Governments often give lip service to the benefits of free markets and the sanctity of personal and civil liberties. In practice, however, those same governments continue to encroach on individual freedom, restrict and regulate the world of commerce and industry, and redistribute the wealth of society to those with political power and influence. The cause of freedom seems to be a lost cause, with merely temporary rear-guard successes against the continuing growth of government.

What friends of freedom need to remember is that trends can change, that they have in the past and will again in the future. If this seems far-fetched, place yourself in the position of a socialist at the time that Marx died in 1883, and imagine that you are an honest and sincere advocate of socialism. As a socialist, you live in a world that is predominately classical liberal and free market, with governments in general only intervening in minimal ways in commercial affairs. Most people – including those in the "working class" – believe that it is not the responsibility of the state to redistribute wealth or nationalize industry and agriculture, and are suspicious of government paternalism.

How could socialism ever be victorious in such a world so fully dominated by the "capitalist" mindset? Even "the workers" don't understand the evils of capitalism and the benefits of a socialist future! Such a sincere socialist could only hope that Marx was right and that socialism would have to come – someday – due to inescapable "laws of history."

Yet within 30 years the socialist idea came to dominate the world. By World War I the notion of paternalistic government had captured the minds of intellectuals and was gaining increasing support among the general population. Welfare-statist interventionism was replacing the earlier relatively free-market environment.

The socialist ideal of government planning was put into effect as part of the wartime policies of the belligerent powers beginning in 1914, and also lead to the communist revolution in Russia in 1917, the rise to power of fascism in Italy in 1922, the triumph of National Socialism (Nazism) in Germany in 1933, and the implementation of FDR's New Deal policies in 1933, as well.

Socialism triumphed during that earlier period of the last decades of the 19th and early decades of the 20th centuries because while socialists advocated collectivism, they practiced a politics of individualism. They understood that "history" would not move in their direction unless they changed popular opinion. And implicitly they understood that this meant changing the minds of millions of individual people.

So they went out and spoke and debated with their friends and neighbors. They contributed to public lectures and the publishing of pamphlets and books. They founded newspapers and magazines, and distributed them to anyone who would be willing to read them. They understood that the world ultimately changes one mind at a time – in spite of their emphasis on "social classes," group interests, and national conflicts

They overcame the prevailing public opinion, defeated powerful special interests, and never lost sight of their long-term goal of the socialist society to come, which was the motivation and the compass for all their actions.

The Lessons for Freedom

What do friends of freedom have to learn from the successes of our socialist opponents? First, we must fully believe in the moral and practical superiority of freedom and the free market over all forms of collectivism. We must be neither embarrassed nor intimidated by the arguments of the collectivists, interventionists, and welfare statists. Once any compromise is made in the case for freedom, the opponents of liberty will have attained the high ground and will set the terms of the debate.

Each of us, given the constraints on his time, must try to become as informed as possible about the case for freedom. Here, again, Read pointed out the importance of self-education and self-improvement. The more knowledgeable and articulate we each become in explaining the benefits of the free society and the harm from all forms of collectivism, the more we will have the ability to attract people who may want to hear what we have to say.

Another lesson to be learned from the earlier generation of socialists is not to be disheartened by the apparent continuing political climate that surrounds us. We must have confidence in the truth of what we say, to know in our minds and hearts that freedom can and will win in the battle of ideas. We must focus on that point on the horizon that represents the ideal of individual liberty and the free society, regardless of how many twists and turns everyday political currents seem to be following. National, state, and local elections merely reflect prevailing political attitudes and beliefs. Our task is to influence the future and not allow ourselves to be distracted or discouraged by who gets elected today and on what policy platform.

Let us remember that over the last hundred years virtually every form of collectivism has been tried – socialism, communism, fascism, Nazism, interventionism, welfare statism – and each has failed. There are very few today who wax with sincere enthusiasm that government is some great secular god that can solve all of mankind's problems. Statist policies and attitudes continue to prevail because of institutional and special-interest inertia; they no longer possess the political, philosophical, and ideological fervor that brought them to power in earlier times.

There is only one "ism" left to fill this vacuum in the face of collectivism's failures. It is classical liberalism, with its conception of the free man in the free society and the free market, grounded in the idea of peaceful association and individual rights. If we keep that before us, we can and will win liberty in our time – for ourselves and our children.