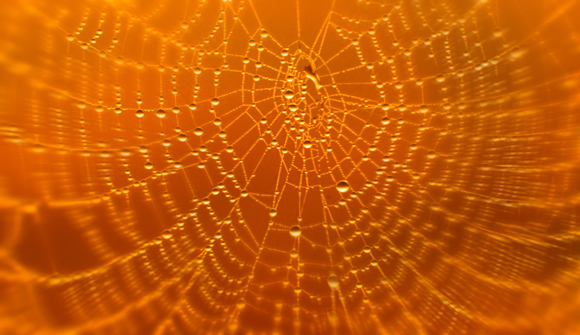 EDITORIAL
The Seamless Web of Liberty
By Ron Paul - August 18, 2015

Many people think the Internal Revenue Service was violating civil liberties when it harassed tea party groups. After all, the groups were targeted because they wanted to exercise their civil liberty to challenge government policies. However, the specific issue in the IRS case was the groups' application for tax-exempt status, which seems to be an aspect of economic liberty. In fact, the IRS case demonstrates that there is no meaningful distinction between civil and economic liberties. A true friend of the free society defends both civil and economic liberties.

The hypocrisy of left-wing civil libertarians is matched by the hypocrisy of many "economic conservatives." Too many conservatives combine opposition to high taxes and Obamacare with support for authoritarian measures aimed at stopping individuals from engaging in "immoral" behavior. These conservatives do not understand that using force to stop people from engaging in nonviolent activities that some consider immoral is just as wrong as using force to make people purchase health insurance. Obamacare and the drug war both violate individual rights, and neither has any place in a free society.

In a free society, individuals must respect the right of others to make their own choices free from government coercion. However they do not have to approve of those choices. Individuals are free to use peaceful persuasion to stop others from engaging in immoral or destructive behavior. They can also avoid associating with individuals or businesses whose actions they find immoral or simply distasteful.

Many civil and economic libertarians also mistakenly believe that they can defend liberty while supporting an imperialist foreign policy. It is impossible to be a true civil libertarian, or a true fiscal conservative, and support the warfare state.

America's imperialist foreign policy is the underlying justification for the rise of the modern surveillance state, and the reason Americans cannot board an airplane without being harassed and humiliated by the Transportation Security Administration. The warfare state is also the justification for the government's greatest infringement on personal liberties: the military draft.

The United States government's militaristic foreign policy costs taxpayers over $1 trillion a year. The costs of empire are major drivers of the American debt. Yet many of the most fervent opponents of domestic spending oppose even minuscule cuts to the defense budget. The government's budget will never be balanced until conservatives give up their love affair with the welfare state and military Keynesianism.

Scholars, commentators, and other public figures who defend liberty in some areas and authoritarianism in other areas — or combine a defense of economic or civil liberty with a defense of the warfare state — undermine the case for the liberties they claim to cherish. Restoring the link between economic liberty, civil liberty, and peace is a vital task for those seeking to restore a society of liberty, peace, and prosperity. I examine the link between an interventionist foreign policy and a loss of our civil and economy liberties in my new book Swords into Plowshares. You can purchase a copy of Swords into Plowshares here.